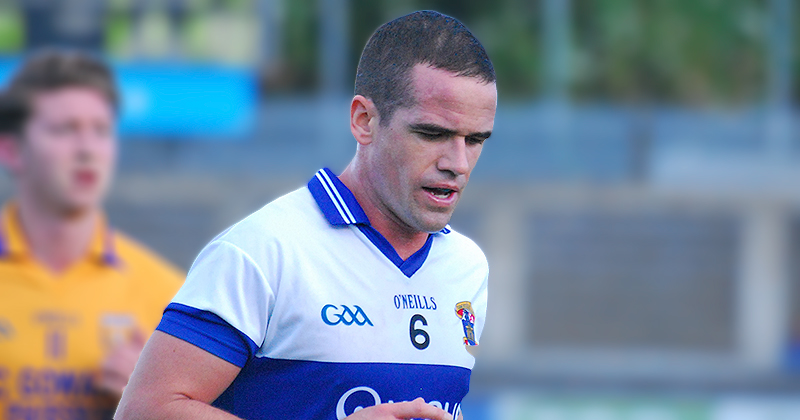 With no time for the dust to settle on this year’s Dublin Senior Football Championship, new champions St. Vincents will turn their attention to Netwatch Cullen Park and Carlow Champions Palatine in the Leinster Club Championship Quarter Final.

The Marino boys will be looking to rekindle the Leinster successes they enjoyed in 2013 and 2014. And indeed, fans will be dreaming of a repeat of their All Ireland success in 2013.

Castleknock posed the challenge as their final opponents this past weekend, a popular choice with a wonderful story of their own. But Vincents weathered a second half push from the parish and eventually won comfortably by 0-05 to clinch the Clery Cup.

Club Championship football, in essence, is the hard knuckle game that fans have come to expect, particularly in Dublin. Players play more on the edge, tackles can be more intense, and referees need to be on point to control the exchanges.

On Saturday, with about fifteen minutes to go in the game, Vincents centre back Ger Brennan was shown a second yellow card for a reacting to a decision and had to watch the rest of the game from the bench in Parnell Park.

Immediately after his dismissal, Castleknock tacked on two quick scores to close the gap between the teams. But Vincents remained calm and took control once more to see out the game.

”The physicality maybe has gone out of Gaelic football a bit.” Brennan admitted to the42.ie.

“It was a bit silly from me. I can’t fault the referee, he had a solid game.”

Already on a yellow card, the former Vincents captain clattered into Castleknock’s Kevin Kilndon who had his sights on goal. To make matters worse for Ger, he struck Martin Grogan in the face. A second yellow was a lucky punishment.

“If I was playing hurling the hits would have been fine” he said.

Brennan dished out a tonne of credit to their opponents from Saturday, who will be the new boys for quite some time.

“The Castleknock runners are very strong from their defence as they’ve been showing in the last couple of seasons as they progressed through the divisions.”

“There’s no inch given and no inch taken, you’ve got to stand your ground and Castleknock were worthy opponents today.”

“Their style of play is very deliberate, very organised, very difficult to break down.”

“I think our patience and a bit of experience maybe told towards the end.”

There will be no rest for the Marino unit as a quick turnaround means only eight days of preparation.

“It’s great, week on week, it means the training won’t be as tough.”