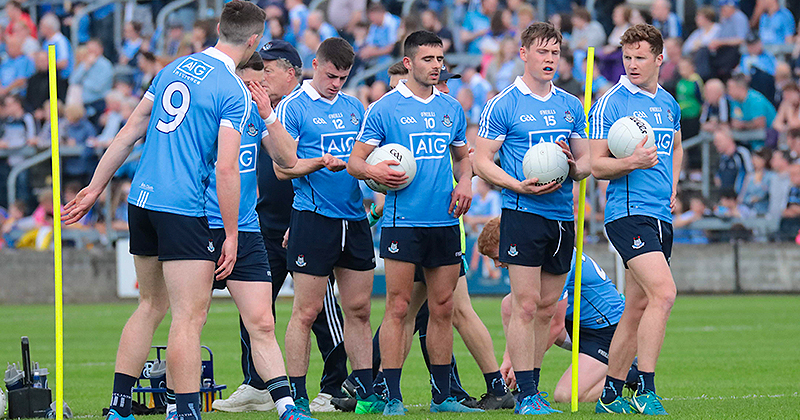 Not a list that’s full of too many surprises, but nonetheless Martin Breheny has broken down the 2018 football season. And in ranking the teams, there’s definitely interesting reading from the top ten. Obviously Dublin lead the pack, but in years past where the Kerry’s and Mayo’s of the world would have been biting at the Dub’s heels, they have of course slipped.

Kerry will return to the top flight very soon once their underage players make the transition into senior panel members and there’s no doubt they’ll challenge the championship again sooner rather than later. Mayo? With James Horan back at the helm it will be interesting to see what another tenure as senior manager will bring.

Clearly Dublin lead the pack, winning over 87% of the competitive games contested. Their loss to Monaghan in the final round of the National League was of no consequence and players were rested. Earlier in the campaign, Galway had held the champions to a draw in Salthill, but that meant nothing on league final day when Dublin sealed victory over the Tribesmen by 0-18 to 0-14. And when they met again in the All Ireland Semi Final, despite conceding two goals, it was Dublin who advanced.

Tyrone were the side that suffered the most, losing to Dublin in the league, and twice in the Championship. But in the Super 8 game in Omagh, the Red Hand ran Dublin the closest this year, despite losing by three points.

Although Monaghan’s win percentage was slightly more than Galway’s, Breheny placed Galway second in the rankings based on their League Final appearance and Connacht Championship win. Their form in the league was quite impressive, only conceding one goal in eight games. Kieran Hughes raised the green flag for Monaghan in Round 5, but Galway still got the win.

For Monaghan, they finish in the list ahead of Tyrone, purely based on their head to head tally. They won two of the three games played in league and championship. And the cumulative scores for the sides over the games finished at 1-48 (51) for Monaghan and 2-43 (49) for Tyrone, further underlining the narrowest of margins. Fermanagh pulled off the shock of the championship beating Monaghan in the Ulster Semi Final.

Mickey Harte’s men put in two huge championship shifts against Dublin, but fell short on both occasions. Other league losses to both Galway and Monaghan, and an Ulster championship defeat again to Monaghan were hard blows to take. One point was enough to appease the losses to the Farney county in the All Ireland Semi Final, but it would be the last win Tyrone would enjoy.

Donegal had a very rocky year. Relegated to League Division 2 Football this year, with only one win from seven. They did steal the Ulster Championship, but then again didn’t have to face either Tyrone or Monaghan. Interestingly Tyrone hammered them by 0-07 in the Super 8’s which certainly took the shine off their provincial silverware.

From there down, the only teams to take a closer look at are of course Kerry and Mayo. Both sides underperformed in 2018.

Kerry were certainly not the beast the GAA community are used to. Only three wins from seven in the league, two of those coming against relegated sides Donegal and Kildare. Munster was a no contest for the Kingdom, beating Clare by 0-22 in the Semi Final, and Cork by 0-17 in the final. As a result they had no real challenge before entering the Super 8’s. Galway drew first blood with a win. They were extremely lucky to get a draw against Monaghan, with David Clifford snatching a last gasp goal to spare their blushes. And as a result their final phase win over Kildare wasn’t enough to see them into the Semi Finals. At the beginning of 2018, Kerry were labelled ‘most likely to beat the Dubs’. They lost by 0-12 in the league and didn’t get a chance in the All Ireland.

For Mayo, Breheny has them ranked at their lowest since 2010. The nightmare of Newbridge on June 30th will be etched into many Mayo fans for many years to come, and the psychological damage of Kildare’s win will be huge cut to repair. League wins over Monaghan and Kildare, and a last round draw against Donegal saved them from the brink of relegation. They were beaten by Galway in Connacht for the third successive year. Entering the All Ireland qualifiers in Round 1, they saw off Limerick and Tipperary before they came up against Kildare in Round 3. But that’s where the story ended for Mayo and indeed Stephen Rochford.

THEY’LL COME BACK AS STRONG AS EVER – GAVIN