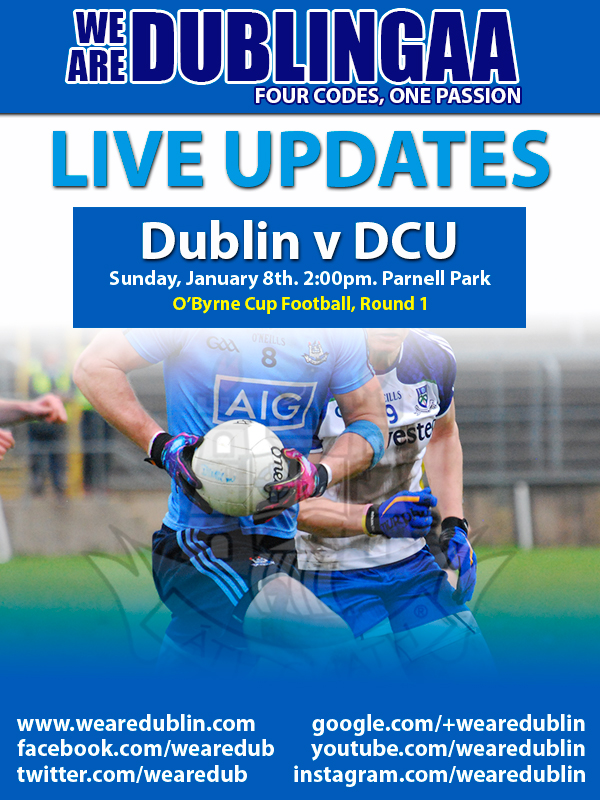 Today sees the beginning of Dublin’s 2017 Senior Football competitive season start, as DCU will come to Parnell Park to face the boys in blue.

Interim Dublin manager Paul Clarke has picked a side of new faces, similar to the Dublin side that turned out for this year’s Dub Stars Tournament on New Year’s Day.

Clarke, and his panel will be looking to get the O’Byrne Cup back in Dublin’s trophy cabinet after leaving it behind in 2016, allowing rivals Meath win their ninth Leinster Pre-Season trophy, beating Longford, who had cut the party short for Dublin in the semi finals.

There’s always a buzz about the first competitive senior football game of the year, and the news of Paul Clarke wearing the bainsiteoir bib has created another exciting angle to this competition.

We’ll be live from throw in this afternoon, with score by score updates on www.twitter.com/wearedub. And of course we’ll have all the usual post match reports and analysis right here and on www.wearedublin.com.