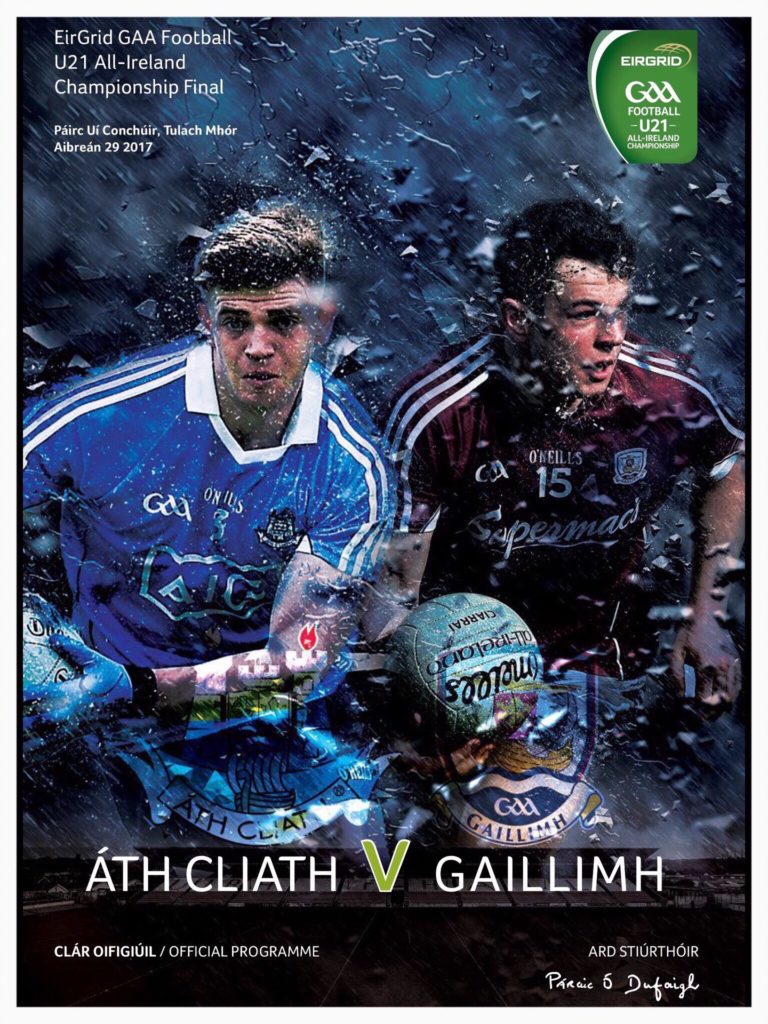 The big day has arrived for Dessie Farrell’s young guns as they prepare to face Galway in the Eirgrid U21 All Ireland Football Final in O’Connor Park in Tullamore at 5pm.

This will be the last U21 All Ireland Final played as the grade will change to U20 from next season in an effort to tackle the issue of burnout of elite young players.

Today’s final is not the one that many would have predicted, but Dublin and Galway are very worthy of their place in the U21 decider after defeating hot favourites Donegal and Kerry respectively.

It’s the first meeting between the sides at this level since 2002 when a Michael Meehan inspired Tribesmen side won by 0-15 to 0-07.

Galway blew away Kerry inside the opening ten minutes of their semi final building up a nine point lead and Dessie Farrell’s men will need to be up and at it from the start of today’s final or may find themselves suffering the same fate.

Two of Galways main threats in that victory over the Kingdom were midfielder Peter Cooke and centre forward Michael Daly and Dublin will need to particularly get to grips with those two early on.

The Dubs though have plenty of threats of their own, Con O’Callaghan has been stunning throughout, but the Cuala man will have to avoid falling into the trap he did against Donegal in the semi final which seen him black carded early on.

Aaron Byrne, Colm Basquel, Tom Fox and Brian Howard are others who have caught the eye during the campaign and certainly have the quality to cause Galway plenty of problems today.

It’s set up to be a very exciting final with the action getting underway at 5pm, for those that can’t make it to the game but want to keep abreast of all the action as it happens, then from the throw-in head over to the @DubMatchTracker Twitter account.