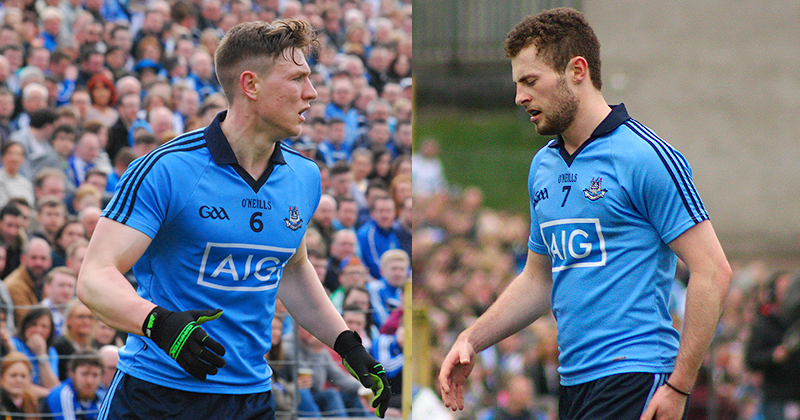 When the recipients for this year’s GAA/GPAA Opel All Star Football Team were announced last month, the All Ireland Champions came away with a whopping six awards. Quite an achievement and not one to be dulled down.

But for many, it’s believed some of Jim Gavin’s men were hard done by, being left out of the selections, particularly in defence.

Of course Jonny Cooper and Philly McMahon were recognised for their performances in the full back positions, but there was a hole filled in the half back line that should have included at least one Dublin player. Surely.

Both James McCarthy and John Small were given the nod in the shortlist for these positions, yet on the night, Lee Keegan, Colm Boyle and Ryan McHugh walked away with the coveted gongs.

Admittedly, James suffered injury this year which would have indeed broken his momentum, but John Small offered consistency and great skill in replacing the 2015 Player Of the Year Jack McCaffrey. And with McCaffrey looking to make a return this year, the opening phases of the 2017 season may prove very interesting.

Small was chosen by the RTÉ panel as their Man of The Match in this year’s drawn All Ireland Final against Mayo. Also considered for the privilege that day was Dublin midfielder Brian Fenton.

Speaking this week at the Irish Independent Sport Star of the Year awards, Fenton claims he’s really looking forward to the fight for spots in this year’s panel, particularly in the half back line.

“John stood up in the All-Ireland final and got Man of the Match and it was great to see so much competition in the squad”, he told the Independent.

If Gavin decides to play Small and McCaffrey together, you’re looking at two extremely versatile wing backs. But what about McCarthy? Could we see James move into a more central role in Midfield, which some speculate could very well happen?

“I don’t know,” Fenton admitted. “It will be James, John and whoever it is, the competition will be great.”

“The panel is so strong.”

DUBSTV – ON THE SPOT WITH EOGHAN O’GARA