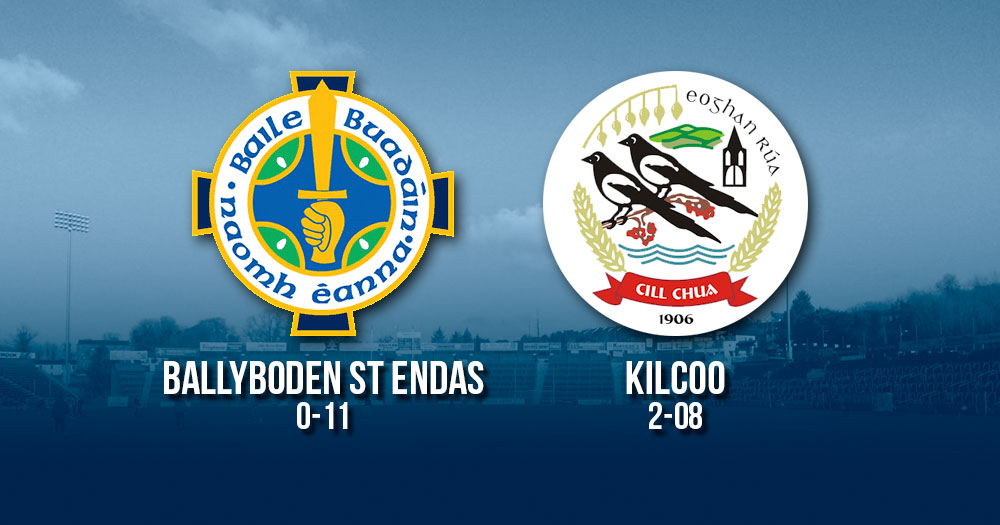 The hopes of a 2016 repeat were dashed for Ballyboden St. Endas this afternoon as Ulster Champions Kilcoo held on to secure their All Ireland Final slot. The Down men will face Galway side Corofin in the Football Championship decider.

In the wintery condition this afternoon in Cavan, Dublin Champions Ballyboden again showed the fight they’ve shown throughout the season. But they were always going to find it difficult against the defensive style of Kilcoo. The Ulster side got lots of bodies behind the ball, but it was their counter-attacking skill and fluid movement that won them the game.

Paul Devlin opened the scoring for the Magpies after great work from Conor Laverty. But Boden hit the front after a Ryan Basquel nailed free and Conal Keaney converted from 20 meters from Declan O’Mahony pass.

By the end of the first quarter the game was level. A Ryan McEvoy free was cancelled out by another Basquel score. But a Devlin free tied it up, starting Kilcoo’s strongest passage of play.

Conor Laverty flicked a high ball down to Aidan Branagan who set up a fantastic finish by Ryan Johnston. Colm Basquel clawed a score back for Boden but Devlin again converted a free. And another classy free flowing move from defence led to a wonderful finish from Aaron Morgan to put four between the sides. Ballyboden never gave up and a brace of scores from Ryan Basquel saw them only two shy of Kilcoo at the break.

Kilcoo pop holes in the Boden defence to hold on

A beautiful score from Kieran Kennedy on the restart saw Ballyboden close the gap to one score, but Kilcoo continued to break at pace and open up the Boden defence. In the 42nd minute the Ulster side’s second green flag arrived. A fisted point attempt from Dylan Ward bounced back off the post, with Daryl Branagan waiting to cooly finish to the net.

Trailing by five points, Daragh Gogan spared Boden’s blushes with a cracking stop. If anything this spurred his side on as they continued to press Kilcoo for the remainder of the game. Frees from both the Basquels and a score from sub Warren Egan aided their cause. But Shealan Johnston tagged another score on for Kilcoo to keep the board ticking.

Ballyboden lost both Michael Darragh Macauley and Aran Waters to black cards, but they didn’t drop their heads. Kilcoo stood tall and broke down their attack, and when Ryan McEvoy landed an injury time score, it consigned Boden to a long journey home from Cavan and Kilcoo advance to the Final.

No Changes For Dublin Starting 15 In Super 8s Phase 2

The Experts Have Spoken – Dublin Will Retain Their All Ireland...