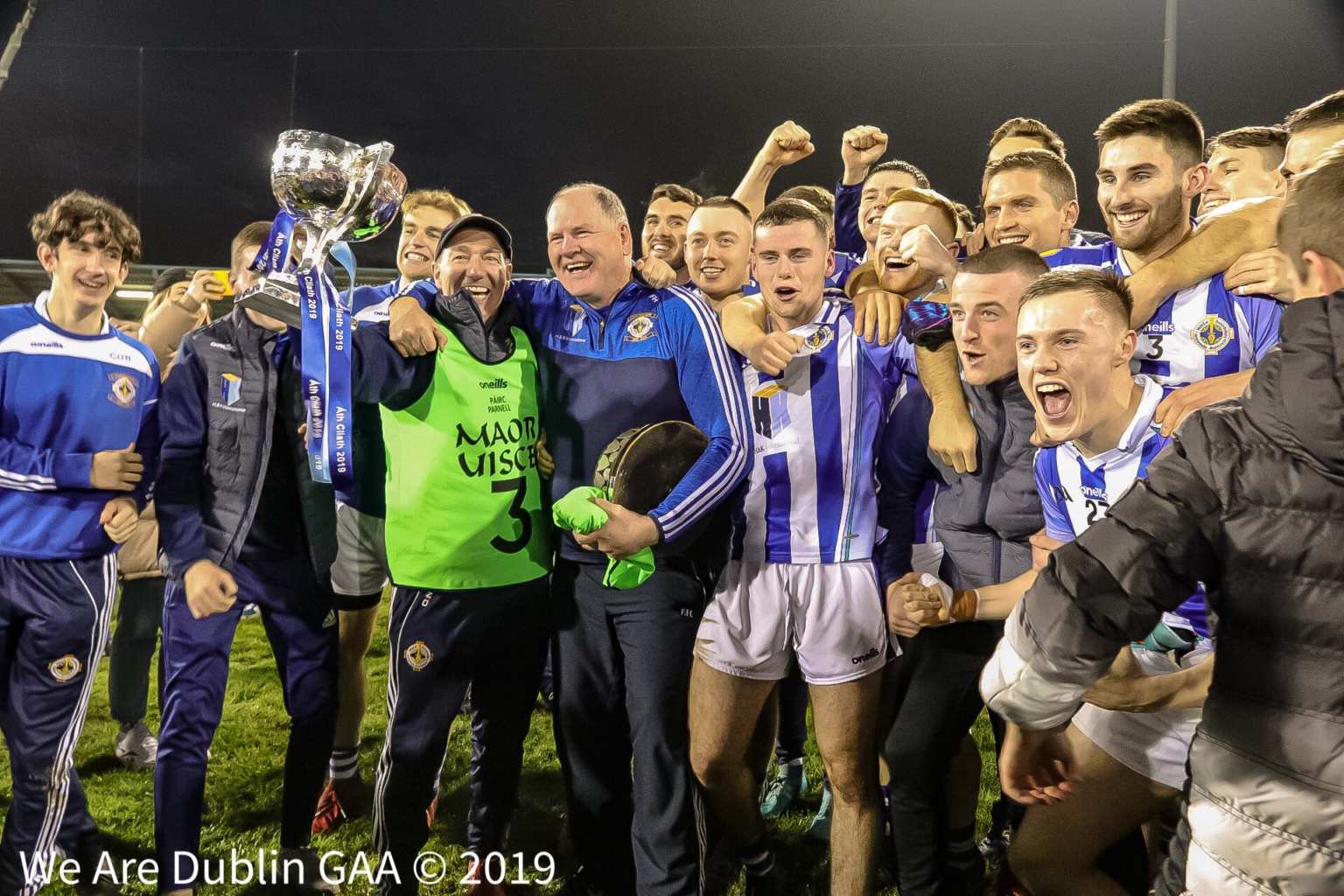 Surprise packets Thomas Davis appearing in their first senior final since 1991 had revelled in the underdog tag throughout their run in the Dublin senior football championship taking the notable scalps of Castleknock and then reigning champions Kilmacud Crokes, but they found Ballyboden to hot to handle today.

A lack of experience and possibly some nerves particularly in the first half Were telling for Thomas Davis who weren’t as fluid in their play or composed in front of the posts as they had been in the previous rounds.

It wasn’t a classic final but Boden controlled the tempo of what was a physical encounter and were clinical when scoring opportunities presented themselves.

Three converted frees, two from Ryan Basquel and the other from brother Colm and a fine point from play from midfielder Declan O’Mahoney gave Ballyboden a four point lead with Davis still to trouble the scoreboard.

The Tallaght outfit finally registered their first point of the game in the 18th minute from a Ryan Deegan free. Their second arrived three minutes later with an excellent point from Eoin Lambert.

But that was to be their final score of the half and Ballyboden reeled of three points in a row before the break, two from Ryan Basquel with one from a free and one from open play and the impressive Ross McGarry grabbing a fine point to give the Knocklyon side a five point lead at the break with the score 0-07 to 0-02.

Davis needed a quick start to the second half and a converted free inside the opening minute from Eoin Kirby secured their third point of the senior county final.

The side from Kiltipper Road playing just two men inside looked to counterattack at pace by moving the ball quickly through the hands and looked more like themselves in the second period.

A point from Shane McGrath reduces the deficit to just three points between the teams. Boden’s Ross McGarry and David’s David Keogh swapped points with twenty minutes left on the clock.

But Ballyboden outscored Thomas Davis by four points to one I’ve the next 12 minutes to lead by six as the game headed down the home straight. The Boden points coming from Ross McGarry with two and one each from Ryan and Colm Basquel.

The Davis reply a converted free from Eoin Kirby, he added another score from a free with three minutes of normal time remaining in the final.

Colm Basquel hit a fine effort over the bar to stretched the Ballyboden lead to six, Eoin Kirby pulled one back from a placed ball, but in injury time a point from Alan Flood for Anthony Rainbow’s side made sure there would be no late drama.

Thomas Davis in fairness to them fought till the end but they couldn’t breach the well organised Boden defence to score the goals they desperately needed and they had to suffice with a point from Eanna O’Toole just before the full time whistle.