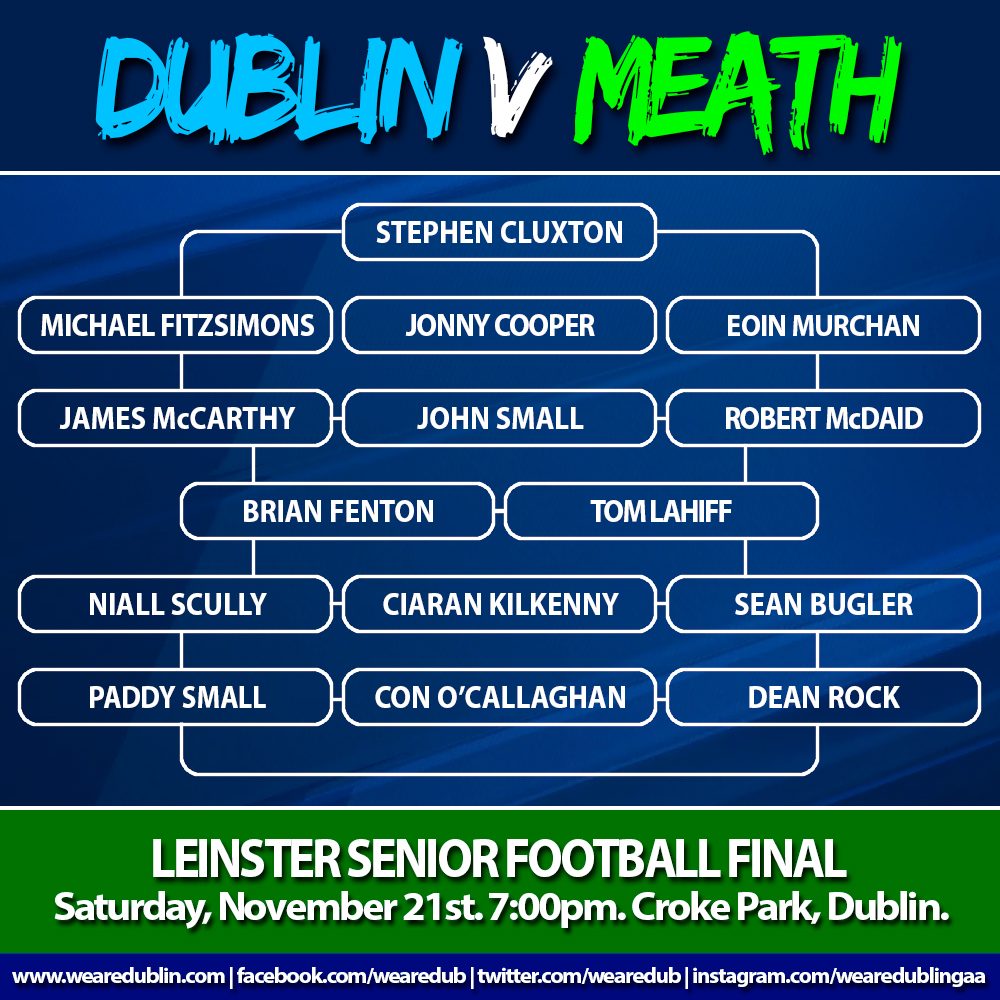 Tonight, with 14 torches lighting Hill 16 in honour of the horrific events of Bloody Sunday, 100 years ago, Dublin will face old foes Meath, as they aim to re-write their own history. A 10th consecutive Leinster title beckons for Dessie Farrell’s Senior Footballers, the precurser for what could be another historic Championship for the Boys in Blue.

Westmeath and Laois have come forward and dispensed of as Dublin plot their course in what has been a different Football Championship in a very challenging year behind the cloak of the COVID-19 pandemic. But if anything the GAA Championships have brightened the darkest of days in unpredictable times.

Outside of Dublin, Meath are the only other team to secure the Delaney Cup in the last 16 years, where Dublin have dominated the competition. That 2010 season saw Meath knock Dublin out of the competition in the last four and went on to beat Kildare in the decider.

For tonight’s game, Dublin manager Dessie Farrell has made no changes to the starting 15 that beat Laois with ease in the Semi Final last week. But with such impact at the manager’s disposal off the bench it will be the sum of all it’s parts should Dublin capture the Delaney Cup one more time, as they look towards the Ulster Champions in this year’s All Ireland Semi Finals.