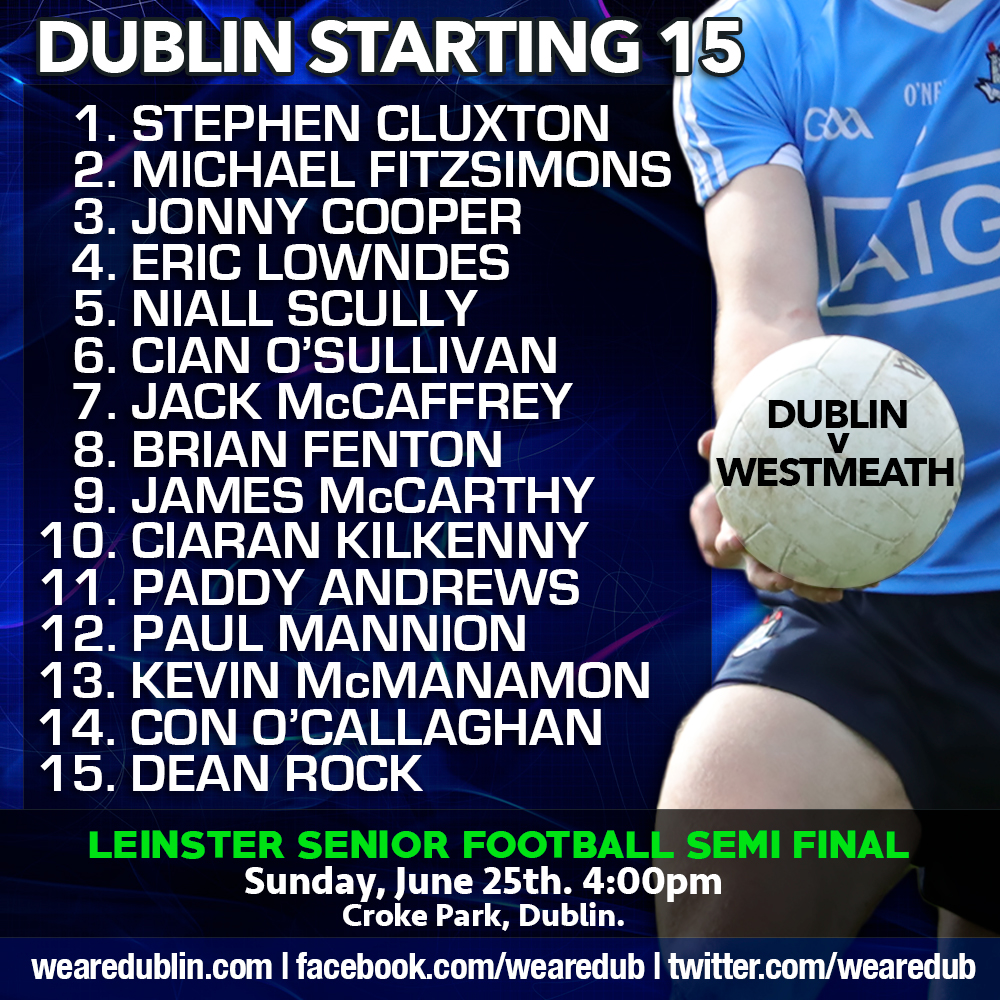 Though most expected news late last night, Dublin boss Jim Gavin waited until this morning to reveal his hand for tomorrow’s provincial semi final clash with Westmeath in Croke Park.

And with obvious exception of Paddy Andrews replacing Diarmuid Connolly in attack, the remaining team is unchanged to the starting selection the beat Carlow in the Quarter Final in O’Moore Park.

Andrews comes in ahead of the likes of Paul Flynn and Bernard Brogan who both would have also been suitable inclusions in the front six. James McCarthy is named once again as the number 9, however it was Ciaran Kilkenny who picked up and slotted into that position in the aforementioned Quarter Final fixture. And once again we’ll have the opportunity to see Niall Scully and Jack McCaffrey play opposite wings, displaying the speed and power this side possesses along the flanks.

Dublin are facing Westmeath for the third successive year in this competition, although this time a stage earlier than the past two. In 2015 and 2016 these sides played out the Leinster Finals, with Dublin dominating both with plenty to spare.

Will Tom Cribbin’s side attempt a different game plan tomorrow from what we’ve seen in previous years? We’ll just have to wait and see.