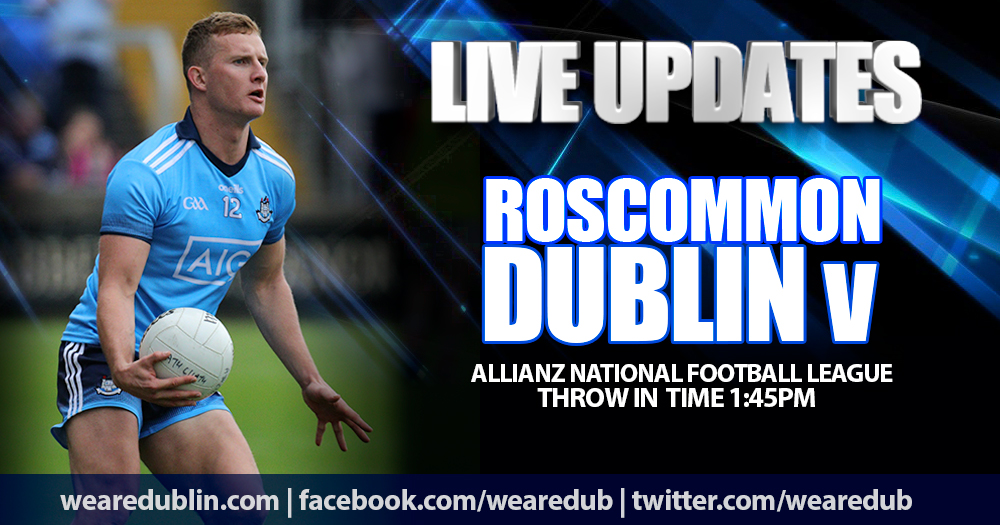 The day has finally arrived. And Dublin fans can settle in for an afternoon of action as our Senior Footballers head west to Dr. Hyde Park. Today’s action against Roscommon will be TG4’s live game on TV. But if you’re not near a TV or the radio, fear not. We’ve got you covered as we’ll be tracking the game with live updates on our twitter feed all afternoon.

In a more condensed and geographical football league format, Dublin will play three games with no home advantage. After today’s clash against Roscommon, they’ll travel south next weekend using Semple Stadium as neutral territory to face a Kerry side who steamrolled Galway yesterday in a 4-21 to 0-11 in Austin Stack Park. From there they be heading west again to Tuam playing their final round robin game against Galway.

Dublin head into today’s game without manager Dessie Farrel at the helm due to his 12 week ban following the COVID training breach back in the Spring. But the boys in blue will be in the capable hands of Mick Galvin and the rest of the backroom staff.

Roscommon make a return to Division 1 football this afternoon after spending a year in Division 2 last year, topping the table and gaining promotion. They faced Dublin twice in 2019. And in their league clash back in March that year, an under strength Dublin side ended up comfortable 2-14 to 1-12 winners. They met again in July of that year in the Super 8’s of the championship with Dublin again winning comfortably on a 2-26 to 0-14 scoreline.

We’ll be live from Dr. Hyde Park at 1:45pm this afteroon following all the action, with live updates on www.twitter.com/wearedub. And you can find all the post match reports and analysis from the game right here and on www.facebook.com/wearedub. 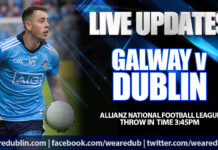 JIM GAVIN: THESE BOYS ARE PASSIONATE ABOUT THE LEINSTER CHAMPIONSHIP