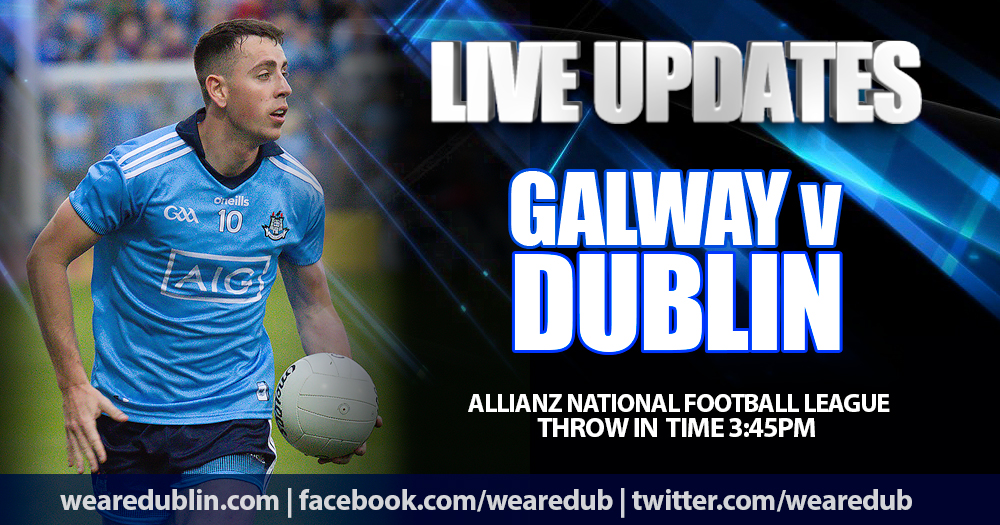 Kerry, Dublin and Galway are all in contention for a place in the Division 1 semi finals this afternoon. Roscommon will face a relegation play-off, even if they beat the Kingdom on home ground this afternoon. Mathematically, Kerry could be edged out of a semi-final place if they lost heavily to Roscommon and Galway beat Dublin, but it’s unlikely to happen as Kerry’s score difference is 13 points better than Dublin’s. And we’ll have live updates on social media this afternoon, following the action.

If Dublin beat Galway, Pádraic Joyce’s men will join Roscommon in the relegation play-offs against the bottom two in the northern group.

Kerry beat Roscommon by ten points in their last League clash in 2019. Dublin beat Galway by six points in last year’s League, leaving the Tribesmen seeking their first win over the Dubs since 2010.

In last year’s league clash, Dublin defeated Galway 2-15 to 0-15 in Pearse Stadium. Dublin trailed 0-09 to 0-07 at half time. However, just before the second half water break Dublin hit 1-03 in a six minute period and followed up with a Paddy Small mark after the stoppage on their way to victory.

We’ll be live from Tuam Stadium at 3:45pm this afteroon following all the action, with live updates on www.twitter.com/wearedub. And you can find all the post match reports and analysis from the game right here and on www.facebook.com/wearedub.

NO DUBLIN PLAYERS TO BE INVOLVED IN THE INTERNATIONAL RULES SERIES