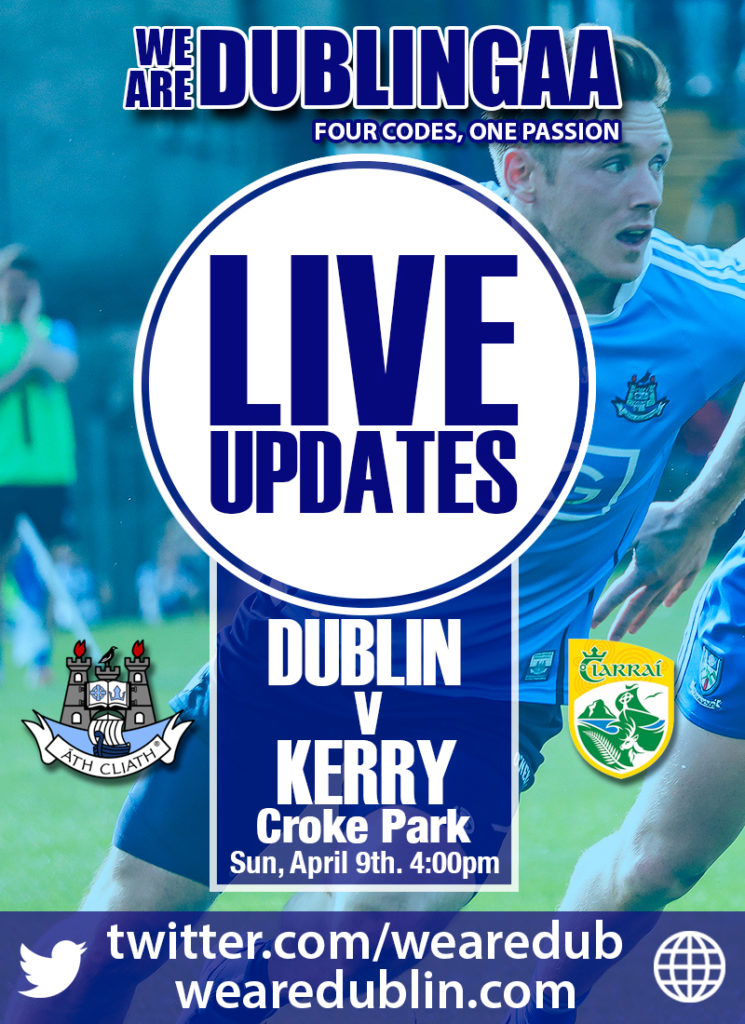 The day has finally arrived. And Croke Park will be buzzing this afternoon as the two biggest teams in the country face off for this year’s Allianz Football League title! And there’ll be bragging rights at stake too.

Dublin are chasing their fifth consecutive league title and a 37 league and championship unbeaten run. Kerry are looking to get an elusive win over the reigning champions and stop this run in it’s tracks.

On paper, Jim Gavin’s men are favourites, but Eamonn Fitzmaurice will have other ideas. And to say this is probably the most talked about clash between these two rivals is completely understating the subject.

We’ll be live from throw in at 4:00pm in Croke Park with live score by score updates on www.twitter.com/wearedub. And as always we’ll have post match reports and analysis right here and also on www.facebook.com/wearedub.

For anyone not on twitter who wants to follow the score action, don’t forget you can get all the updates on the front page of www.wearedublin.com.

DUBLIN WILL BEGIN ALL IRELAND DEFENCE WITH ANOTHER AWAY FIXTURE