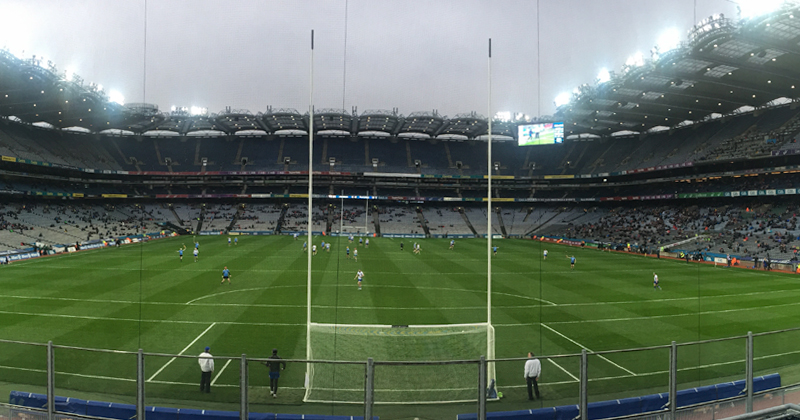 We’re only two and a half weeks away from the end of the Senior Football season. And for the seventh time this decade, Dublin are in the mix once again. No one would have believed back at the end of 2011 the Dubs would feature so much in the race for Sam Maguire. And having already won six titles over eight years, this one is the big one.

Jim Gavin’s panel square off against rivals Kerry with the dream of keeping Sam Maguire in the capital a fifth consecutive time. We’ve already had a sell out for the Semi Final against Mayo. And with no tickets on general sale, the hunt is on. Clubs will be canvassed far and wide for the elusive golden tickets. And hopefully most people will get to witness the great event.

For the lucky ones who have a Parnell Pass, here is the information you need for ticket collection.

Parnell Pass Holders can purchase their tickets for the All Ireland Football Final from the GAA Ticket Office from 10:00am on Tuesday August 27th to Thursday August 29th only.

Tickets will not be available for collection on match day.

Please note Parnell Pass holders must purchase a ticket for all Championship Games, the Parnell Pass CANNOT be scanned at the turnstiles in Croke Park.

In the interest of safety, security and out of respect to the neighbouring businesses and residents of the area, the Dublin County Board ask all Parnell Pass holders NOT to queue before the ticket office opens at 10am.

Tickets will be available for collection throughout Tuesday 27th, Wednesday 28th and Thursday 29th August.

Pass members are entitled to purchase one ticket per pass.