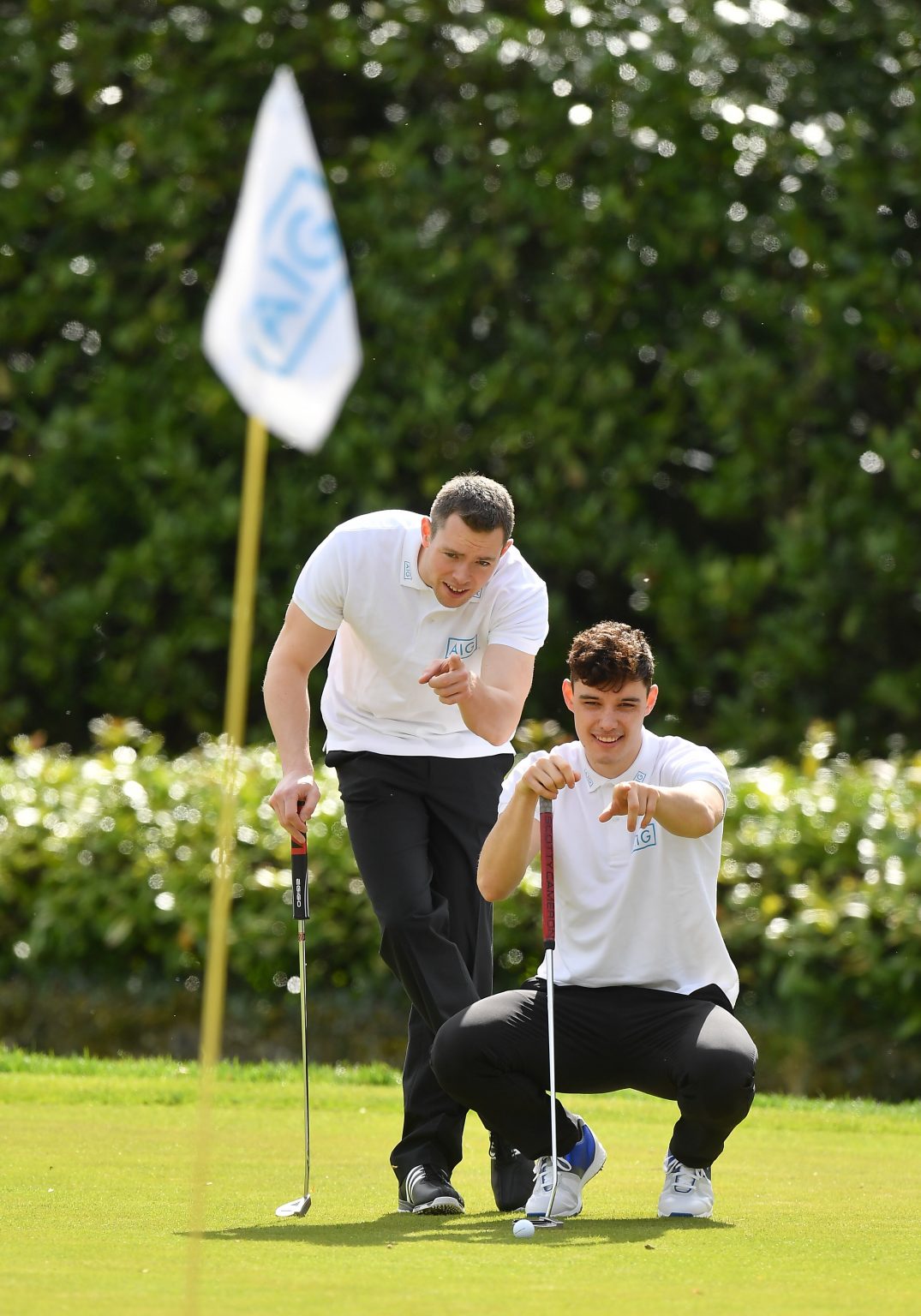 AIG Insurance was in GUI National Headquarters  to mark their 20th anniversary as proud sponsors to the Golfing Union of Ireland as well as their continued support to the Irish Ladies Golfing Union by kicking off the 2018 AIG Cups & Shields season and the AIG Irish Close Championship.

To celebrate the launch of the AIG competitions, as well as the landmark 20th anniversary AIG Insurance also revealed the details of their ‘AIG Golfer Anniversary Sale’ that offers great discounts to GUI and ILGU members. Those that take out policies with AIG will get up to 20% off car insurance* and up to 50% on home Insurance**.

In addition, all members will get the below exclusive benefits on their car insurance as a GUI or ILGU cardholder:

Each ILGU or GUI member will also receive a €30 One4all voucher when they buy home insurance. Members are encouraged to get an ‘AIG Golfer’ car or home insurance quote by logging on to www.aig.ie/golf or call 1890 405 405.

Having completed a four-year stint at Carton House, the AIG Cups and Shields go back on the road in 2018 and Thurles will play host this September with the finals taking place between the 21st – 23rd September.

Speaking about the launch today, Declan O’Rourke, General Manager at AIG Ireland commented, “We’re thrilled to be back in the GUI National Headquarters today to officially launch what’s sure to be another exciting year of the AIG Cups & Shields and AIG Irish Close Championship.

“We’re delighted with the relationships we have built with both the GUI & ILGU over the years and a special mention to the teams in the GUI and ILGU who we have had the pleasure of working with for 20 years now.

“A wholehearted thanks to the golfers here today Jamie Fletcher, Ronan Mullarney, Sandra McCaffrey & Molly Dowling and to our ambassadors Dean and Eoghan from Dublin GAA for taking the time to be with us today. We’re looking forward to an exciting summer of golf and GAA and want to wish everyone involved the very best of luck in their respective competitions.”

Sinead Heraty, Chief Executive of the ILGU, added: “We are delighted to have the support of AIG Insurance as sponsor of our national Ladies Cups and Shields since 2015. The support of AIG is vital to the development of women’s and girls’ golf at club, district and national level. We look forward to continuing this relationship and to grow the game together for some time.”

Pat Finn, Chief Executive of the GUI said: “AIG’s support of golf in Ireland for twenty years has demonstrated their unwavering commitment to the sport. They have been there for some standout moments including Rory McIlroy’s victories in the AIG Irish Close Championship in 2005 and again in 2006, followed by Shane Lowry’s win at Cork in 2007. The Golfing Union of Ireland values the relationship with AIG and we look forward to working with them for many years to come”.

Dublin Camogie County Board Seeking Nominations For Minor B Trials