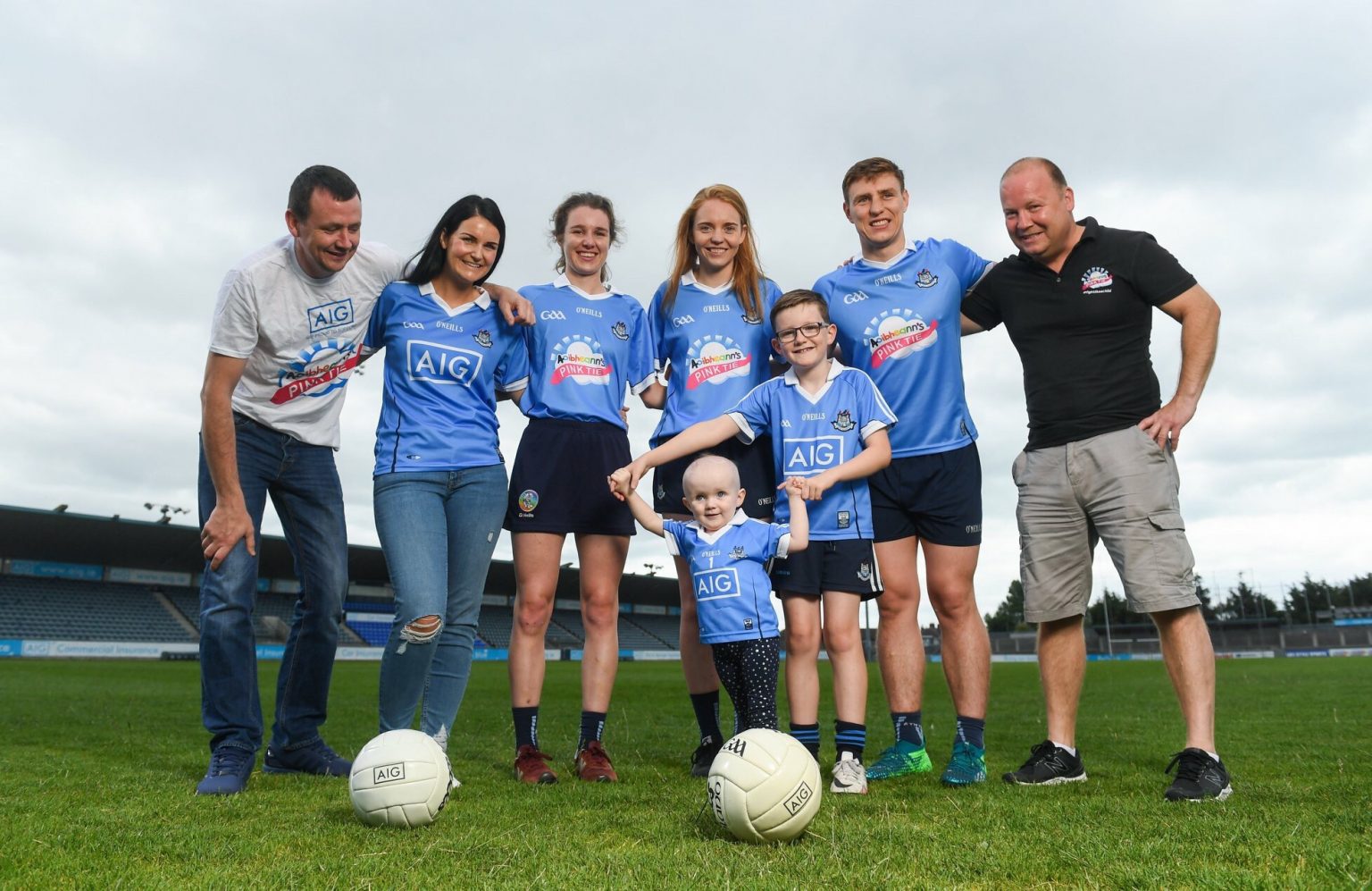 AIG Ireland announced yesterday that the logo of children’s charity Aoibheann’s Pink Tie, will replace the insurer’s logo on the front of the Dublin jersey for upcoming football, ladies football and camogie fixtures.

Dublin footballers will wear the jersey on Sunday, August 5th, during their final game in the All Ireland Senior Championship Quarter Final series against Roscommon.

The camogie team will don the jersey on the same weekend during their quarter final game against Galway in Páirc Uí Chaoimh on Saturday, August 4th.

Finally, the ladies footballers will wear the limited-edition jersey during their quarter final game on August 12th.

It was selected by AIG Ireland’s staff to be their chosen charity for 2018. The charity provides financial and practical support to children and their families battling cancer in Ireland.

The Dublin jersey takeover is just one-way AIG Ireland has backed The children’s charity this year with various other volunteering and fundraising events organised by their staff.

“Everyone at Aoibheann’s Pink Tie is extremely excited to see our logo on the front of the Dublin jerseys this summer.

We are extremely grateful to AIG for their continued support and helping us create a greater awareness of the charity in Ireland”.

Aoibheann’s Pink Tie supported by AIG has set up a €2 text donation, allowing Dublin fans to also show their support to The children’s charity.

We Are Dublin GAA Intermediate And Junior Camogie Championship Fixtures