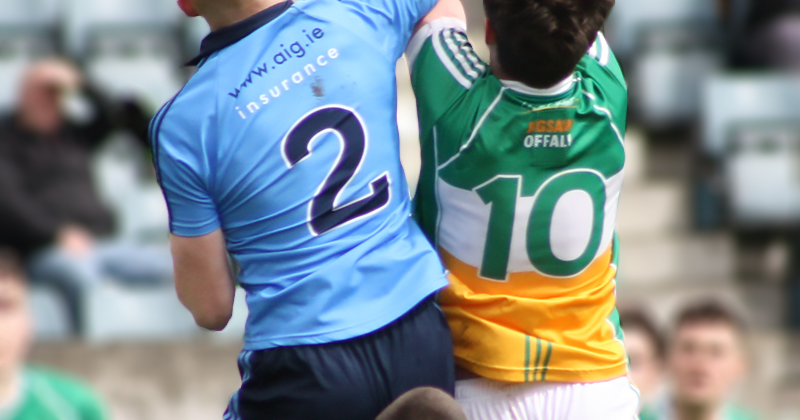 The Dublin U17 Football panel made up for their recent loss to Meath in the Special Leinster Competition by hammering Offaly last night in Tullamore to earn themselves a Quarter Final date with Westmeath next week.

There was no room for error this time as this would have been Dublin last involvement in the inaugural year of the competition had they lost to the faithful county.

In a tight first half Dublin gained a grip on the game towards the end of the first half, holding a seven-point advantage at the break before going through the gears and romping home to victory in the second.

Dublin opened with the first two points of the night, but scores from Offaly’s Kevin McDermott and Conor McCarthy kept the opening exchanges a close affair.

Both sides were level on 0-3 each before Dublin struck for the only goal of the first half through Jordan Leonard in the 18th minute.

Dublin shut Offaly out and ended the half with momentum. John Foley slotted two points from play, while Ciarán Archer tallied four points in the half, including two frees.

Archer added a second goal to Dublin’s account after the break with Leonard tagging on the third before the finish.

As mentioned above, Dublin will now face Westmeath in the Quarter Finals of this new competition next Wednesday, July 12th in Abbotstown at 7:00pm. if necessary there will be extra time to decide a winner as the Semi Final are scheduled for the following Tuesday, July 18th.