It took a little longer than expected but tonight Dublin fans can bask in history as Jim Gavin’s Senior Football panel became the first team to lift Sam Maguire for the fifth consecutive year.

Kerry tried in 1982 but their attempt was foiled. Now Dublin have created a new chapter in the GAA history books.

All credit to Kerry for pushing that dream out by two weeks but ultimately it was Dublin’s day.

In a hugely improved performance from two weeks ago, Dublin got everything right. Kerry were worth the ticket price in the first half but Dublin’s dominance in the second, tied with Gavin nailing his bench changes, saw his side comfortably seal the deal.

As the second half got underway the unlikely hero Eoin Murchan darted towards the Davin end. Leaving his post marking Sean O’Shea, Murchan grabbed the end of a David Moran punched down ball and ran right down the middle of the Croke Park pitch.

As he approached Shane Ryan’s goal his nerves of steel shone through as he smashed the ball into the top right corner. And from there Dublin never looked like losing their lead with Con O’Callaghan pointing seconds later.

Unshakable To The Bitter End

Kerry to their credit knocked off three scores to get within a point of Dublin by the 45th minute but could get no closer as Dublin held them to only two more scores in the half. A goal chance in the 53rd was shut down by an amazing Stephen Cluxton stop on Stephen O’Brien’s shot.

Dean Rock sealed the deal with the last scores of the game. Diarmuid Connolly could have shattered Kerry hearts even further but for the estute goalkeeping of Ryan.

The opening half was a proper man to man contest. As Finals go this was a tight as a neutral would want with the teams finishing with ten scores each at the interval.

Dublin came out the gate like a ravenous pack of wolves, always eyeing goalward.

O’Callaghan, Ciaran Kilkenny and Paul Mannion had bagged early points to get the reigning champions up and running early. By the eight minute they’d opened a four point lead at 0-05 to 0-01.

Kerry however didn’t just come to make up the numbers and slowly chipped back at the lead, thanks to attacking trio David Clifford, Sean O’Shea and Paul Geaney. Between them they bagged 0-14.

But today belonged to Dublin. The players can be assured of a place in history forever. And you would question who, if anyone will win five in a row again or anytime soon. 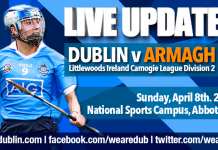 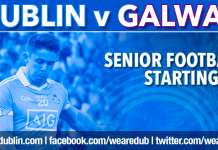 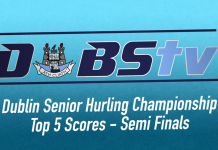 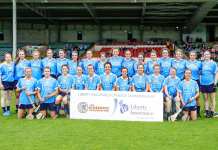 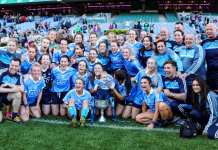 12 ALL STAR NOMINATIONS FOR ALL IRELAND CHAMPIONS DUBLIN