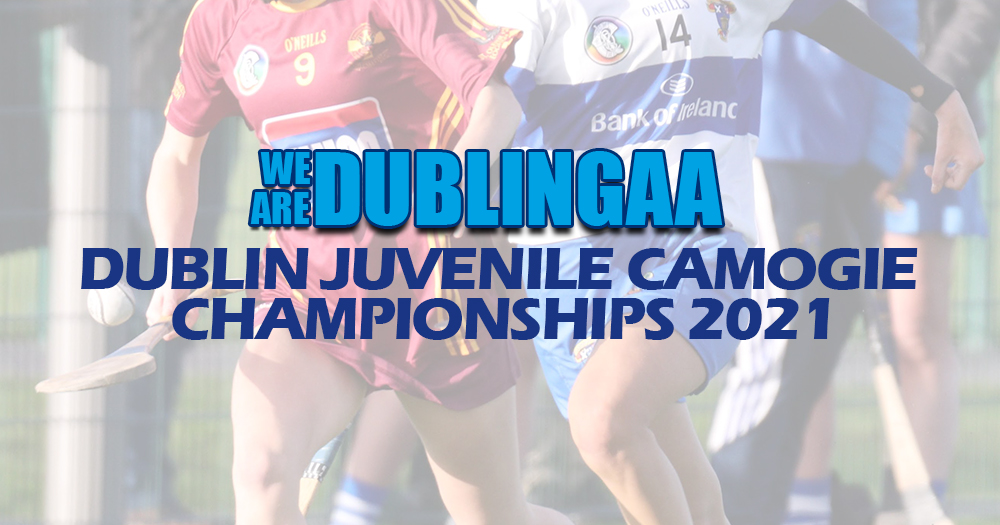 What an incredible weekend of action we had around the county over the weekend. Multiple Championship and Shield Finals across U13, U14, U15 and U16 grades in the Dublin Juveline Camogie Championship. Champions crowned, Shields awarded, plenty to talk about. Let bring you all the details and the Championship Finals.

After an unbeaten run over 3 rounds in their group round robin phase, Kilmacud Crokes saw off Lucan Sarsfield by 7-09 to 1-01 to advance to the weekend’s Championship Final. Their opponents Naomh Brid covered the same ground to reach the final. They went 3 for 3 in Group 1, and facing Ballyboden St. Endas in the last 4 they finished 8-16 to 5-07 winners.  But it was Crokes who came out on top in the Division 1 decider. They outscored Naomh Brid with 3 goals to spare on a 4-03 to 1-03 final score to capture the Division 1 Crown.

In Division 2, Whitehall Colmcille overcame Naomh Mearnog by 3-04 to 1-04 to be crowned Champions. Whitehall saw off Naomh Jude, Raheny and Naomh Olaf before beating Castleknock by 4-11 to 2-01 to reach the decider. Congratulations to Colmcilles on their Division 2 Championship.

A 2 point margin was all that seperated Round Towers and Fingallians in the Division 3 decider, with Fingallians coming out on top by 5-06 to 6-01. Fingallians and Round Towers had overcome Erins Isle and Westmanstown in their respective Semi Finals after finishing winners and runners up in Group 1 of the competition.

O’Dwyers were 2-10 to 1-01 winners over Ballyboden St. Endas B to claim the Division 4 title. The Champions beat Kilmacud Crokes B in their Semi Final, with Ballyboden beating Scoil Ui Chonaill.

Beann Eadair were crowned Division 5 Champions after their 5-04 to 0-01 final won over Lucan Sarsfield B yesterday. The Howth side had beaten St. Finians in their Semi Final, with Lucan beating Faughs/Celtic B.

Lucan Sarsfield were the cats that got the cream yesterday after a dominant Division 1 Campaign. Wins over Ballinteer St. Johns, Ballyboden St. Endas and St. Oliver Plunkett Eoghan Ruadh were ther precurser to their 3-13 to 6-01 victory over Naomh Olaf in the Championship Semi Finals. And from there only Kilmacud Crokes stood in their way of a clean sweep of wins. Yesterday, a 3-12 to 5-04 scoreline proved just the job with Lucan crowned Division 1 Champions for 2021.

Faughs/Celtic picked up the Division 2 Championship crown, beating Naomh Jude by 7-03 to 1-09. The sides had beaten Naomh Brid and Na Fianna in the Semi Finals to set up yesterday’s decider with Faughs claiming the silverware.

2 goals was all Fingallians needed to over come Craobh Chiarain and claim the Division 5 title yesterday. With a final score of 2-00 to 1-01 it saw the Swords side become champions. They’d beaten Shankill by 9-06 to 1-00 in their semi final with Chiarains victorious over Round Towers Lusk by 0-06 to 1-01 to reach yesterday’s decider.

Only 2 finals played yesterday in the U15 Championship, but Ballyboden St. Endas put in a massive performance to beat Na Fianna by 7-08 to 2-06 claiming the Division 1 title. Boden qualified for the decider after a close 0-07 to 0-04 win over Lucan Sarsfield in the Semi Finals. Na Fianna played out a 4-09 to 5-03 Semi Final win over Faughs/Celtic to qualify for yesterday’s Final.

A 4-04 to 0-03 scoreline saw Castleknock beat Commercials to claim the U15 Division 3 Championship crown. They beat Erins Isle on the way to yesterday’s decider by 2-06 to 2-02. Commercials were 8-04 to 2-01 winners in their Semi Final over Na Fianna B.

A great day for Lucan Sarsfield yesterday as their U16 panel followed up the success of the U14’s by beating Naomh Maur by 3-06 to 0-13 to claim the U16 Division 1 Crown. Abbotstown hosted the finale of the U16 competition with Lucan crowned champions. they’d taken out Ballyboden St. Endas by 5-05 to 2-09 in the semis to advance to yesterday’s game. Maurs hit 3-14 in their Semi against St. Vincents to secure the second slot in the final.

2 points seperated Castleknock and St. Oliver Plunkett Eoghan Ruadh in the Division 2 final. And it was Castleknock who came out on top with a 2-02 to 1-03 victory. Naomh Jude and Kilmacud Crokes fell by the wayside in the respective semi finals to see Castleknock and Plunketts reach yesterday’s decider.

Faughs/Celtic claimed the Division 3 title yesterday by the narrowest of margins beating Naomh Barrog by 1-05 to 1-04. Faughs topped Group 1 before beating Crumlin by 5-05 to 3-07 in their Semi Final. Barrog went 3 for 3 in Group 2 and went onto beat Skerries Harps by a single point to reach the final.

Last but by no means least, it’s congratulations to Round Tower who were 1-03 to 0-02 winners over Scoil Ui Chonaill to claim the prize of U16 Division 4 Champions.

Below is a full list of the results from Saturday and Sunday’s Juvenile Camogie Championship Finals. But we’re not done yet, there will be more action in these championships next weekend and we’ll also see the start of the U18 Championship.

DUBLIN CAMOGIE ARE PROUD TO PRESENT THE ULTIMATE CHRISTMAS DAY OUT