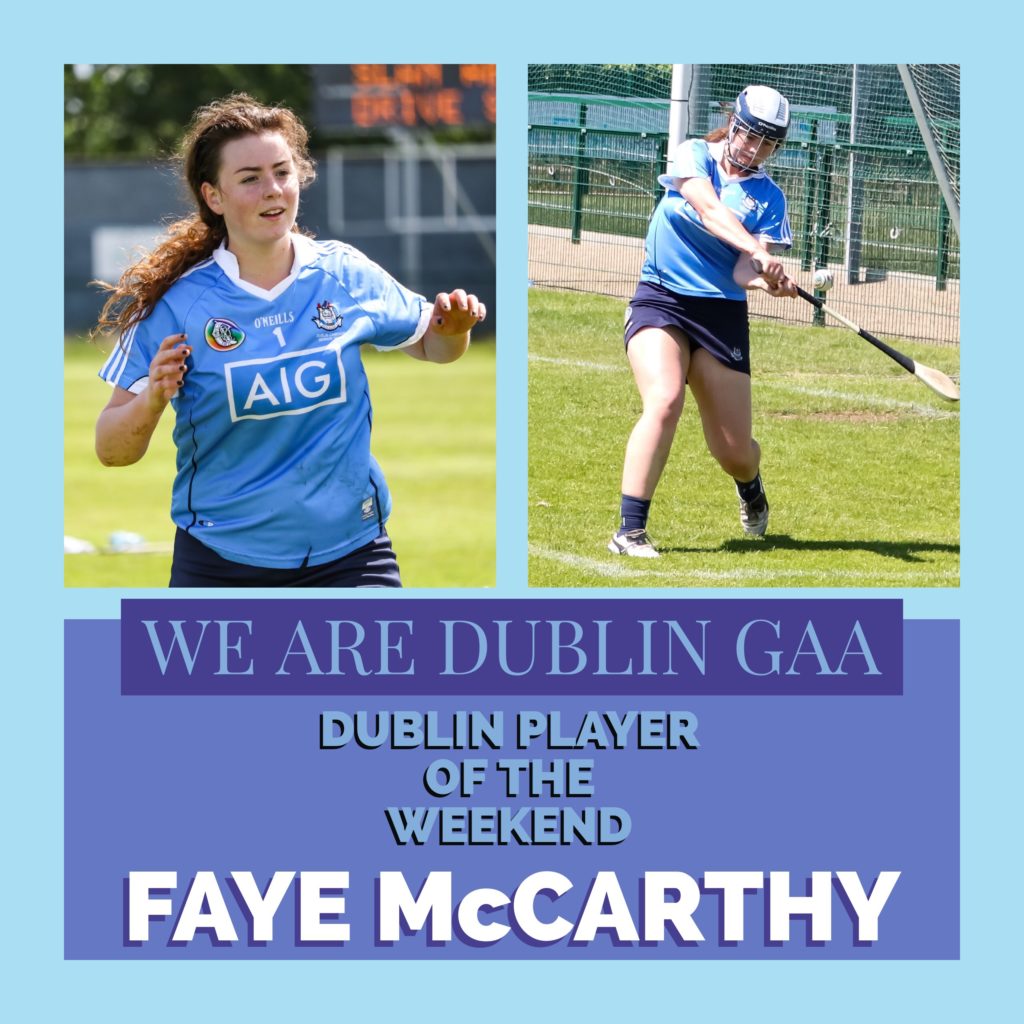 It’s that time of the week again the name the We Are Dublin GAA, Dublin Player Of The Weekend.

For any of our new followers since last week who are unfamiliar with what this is all about, it is an award we give to the Dublin Player that we choose as the standout player from the previous weekends inter-county action from all four codes.

This week we had only one game to choose from and the was the meeting between Dublin and Galway in the Senior All Ireland Camogie Championship.

Although it wasn’t the result Dublin were looking for there were a number of players up for this weeks award. Miriam Twomey once again put in a super shift, Siobhan Kehoe and Aisling Maher grabbed five points between them and were a constant threat for the Galway defence to deal with.

But the player we have chosen for the award this week, not only finished as Dublin’s top scorer on the day, but was also instrumental in launching numerous attacks and also crucially foiled a number of Galway goal chances during the game.

So the winner of this weeks award is none other than Dublin goalkeeper FAYE McCARTHY.

Faye is only in her first season at senior level but she is already making a name for herself, not just as a top class keeper, but also as a dead ball specialist.

That was very much in evidence last Saturday afternoon as Faye finished as the Dubs top scorer with 1-04. Teams are quickly learning that the St Judes player is comfortable and deadly accurate from any angle and distance and any fouls are punished emphatically by the Dublin number 1.

But it’s not just Faye’s free taking ability that was too the fore last weekend, her booming puck outs were a great weapon for getting Dublin on the front foot deep in opposition territory putting big pressure on the Galway backline.

And in performing her main duties as a net-minder Faye didn’t disappoint and bravely pulled of a number of saves and blocks that denied Galway goal opportunities.

So it was because of all the above that Faye is this weeks very deserving winner of the We Are Dublin GAA, Dublin Player Of The Weekend Award for her super display last Saturday.