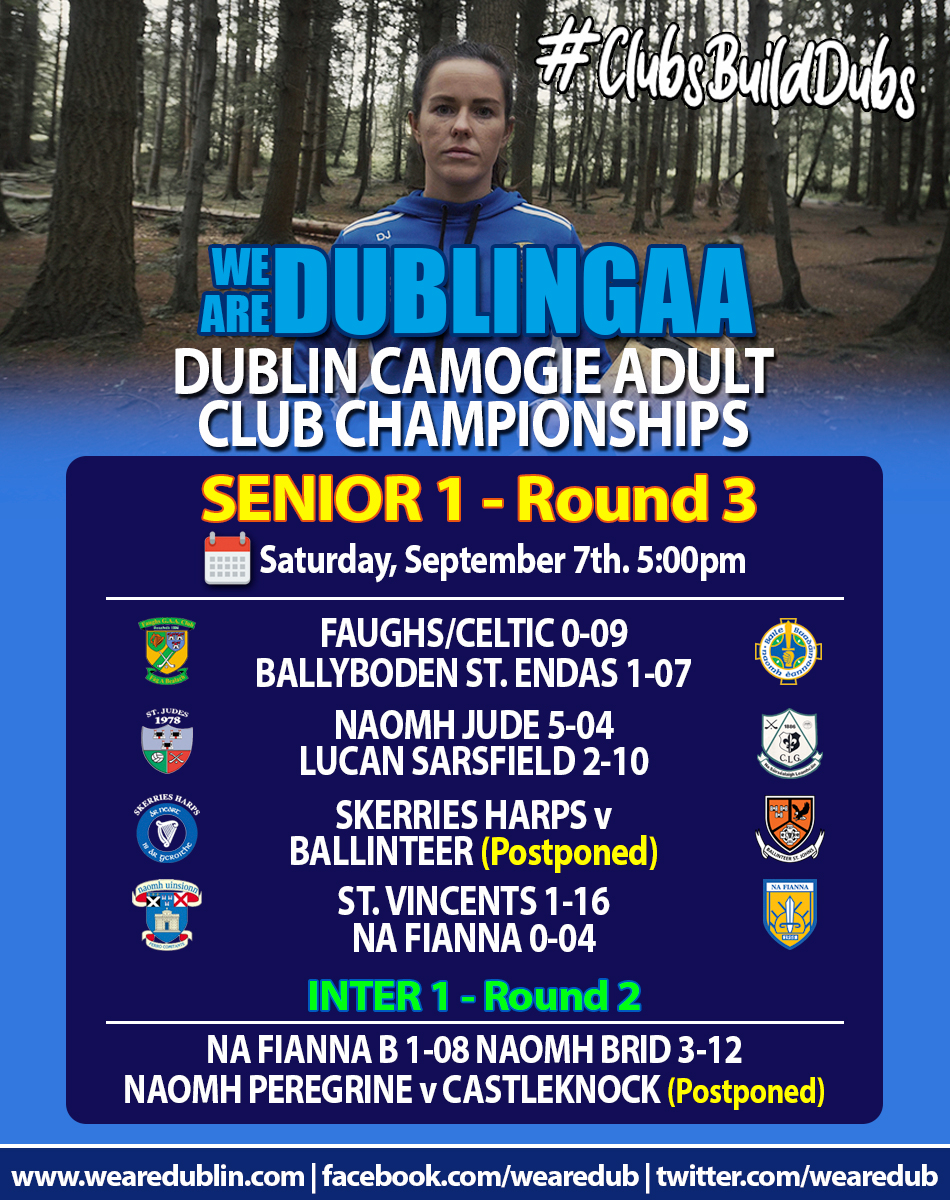 The Senior 1 game between Skerries Harps and Ballinteer St Johns was postponed. As was the Inter 1 game between Naomh Peregrine and Castleknock. We’ll let you when they will be rescheduled.

St. Vincents unbeaten run continues as they move two points clear at the top of the Senior 1 table. So much expected from this evening against Na Fianna who came into the game two for two. And decent crowd showed up in Marino to watch the clash.

Vincents were dominant throughout and came away comfortable winners. Na Fianna will rue many chances they sent wide in what were perfect conditions for a Camogie game. Final score was St. Vincents 1-16 Na Fianna 0-04

Faughs/Celtic will feel they left their first Senior 1 win behind, losing by the minimum to Ballyboden St. Endas this evening. The 0-09 to 1-07 scoreline is as close as you’ll get. Faughs head to Lucan for Round 4and will be desperate for a victory.

After losing by a point to Ballyboden last week, reigning champions Naomh Jude got back to wining way in a seven goal thriller in Tymon Park. At 5-04 to 2-10 they handed Lucan Sarsfield their second win on the bounce. They travel to Na Fianna next weekend with Lucan welcoming Faughs.

Naomh Brid are two for two in Group 1 of this competition. After last week’s over Naomh Peregrine, they added their second this evening with a 3-12 to 1-08 victory over Na Fianna B. Na Fianna would have wanted a better start, but head for Castleknock next weekend to go again. Brigids head into their bye week, with Naomh Fionnbarra back in action against Peregrines.

Losing Start To Division 2 For Dublin Intermediates As Antrim Claim...