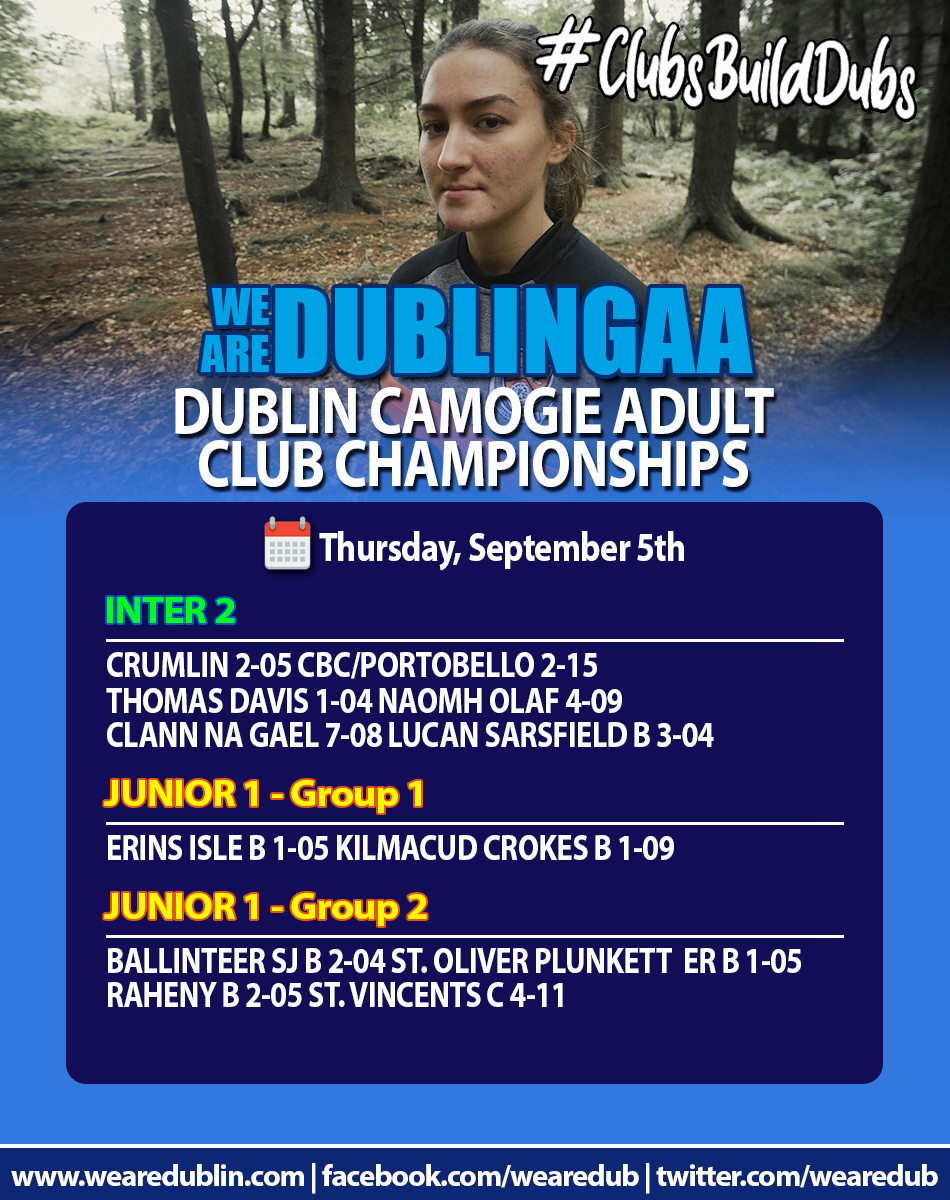 The Round 1 games from each grade in this year’s We Are Dublin GAA / Dublin Camogie Adult Club Championships are all now completed after tonight’s batch of games in Inter 2 and Junior 1. Six games in total played this evening. And here’s all the details.

CBC Portobello get their campaign off to the perfect start with a clear 10 point win over Crumlin. The 2-15 to 2-05 scoreline put CBC/Porto in a solid position as they head Thomas Davis in Round 2.

Sadly Thomas Davis didn’t have the start they’d have wanted falling fourteen points short of a solid Naomh Olaf performance. Olaf have picked up where they left off last year with a fantastic 4-09 to 1-04 win. Next week they have a home tie with Clann na Gael.

Clann na Gael got off to an absolute flying start, laying down a marker against Lucan Sarsfield B with a sixteen point win. Ten goals scored in this game with Clann na Gael victorious 7-08 to 3-04.

Kilmacud Crokes B start the 2019 Junior 1 competition with a 1-09 to 1-05 win over Erins Isle B and join Whitehall Colmcille at the top of the Group 1 table. Whitehall beat Faughs/Celtic B on Tuesday and Faughs will have the unenviable task travelling to Crokes next week. Erins Isle will meet Naomh Jude B who come into Round 2 off their bye week.

Two points seperate Ballinteer St. John’s B and St. Oliver Plunkett Eoghan Ruadh B at full time in this Group 2 game. Ballinteer pick up their first two points of the championship with a 2-04 to 1-05 victory. In the next round Ballinteer head for Naomh Maur who come in off their bye week to start their campaign.

Plunketts next opponents will be Raheny B who were beaten on a twelve point margin by St. Vincents C. Six goals between the two sides tonight with Vincents winning by 4-11 to 2-05. Next up for is a week’s break as they head into their bye.