Once again the National Sports Campus in Abbotstown was the venue for another Dublin Camogie Championship Final. And we were treated to a very sporting and hard fought game in the Junior 3 decider. And after an exciting two halves Naomh Brid B came out on top on a 2-04 to 1-04 scoreline against Ballyboden St. Endas C.

The first half couldn’t have been tighter with the sides level on 1-01 each at the break. The second half was as tight but it was Brigids who edged the competition to secure the Junior 3 title.

Round Towers ended a great 2020 campaign, eventually being crowned Junior 4 champions this morning after their 4-10 to 2-07 victory over St. Annes.

Both sides were certainly the top two teams in the Junior 4 competition, both unbeaten in the Round Robin phases and Semi Finals. But it was the Clondalkin side who came out on top earlier today. St. Annes can holds their heads up high after a very successful campaign.

There’s still some action left in this year’s We Are Dulib GAA Dublin Camogie Adult Club Championships, and we’ll bring you the details once the remaining fixture is confirmed.

In the meantime, we hope everyone enjoyed the Championships this year. Full credit to the Dublin Camogie County Board for planning the championship during the COVID-19 restrictions and managing to get it all played without too much disruption. 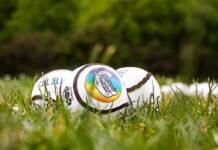