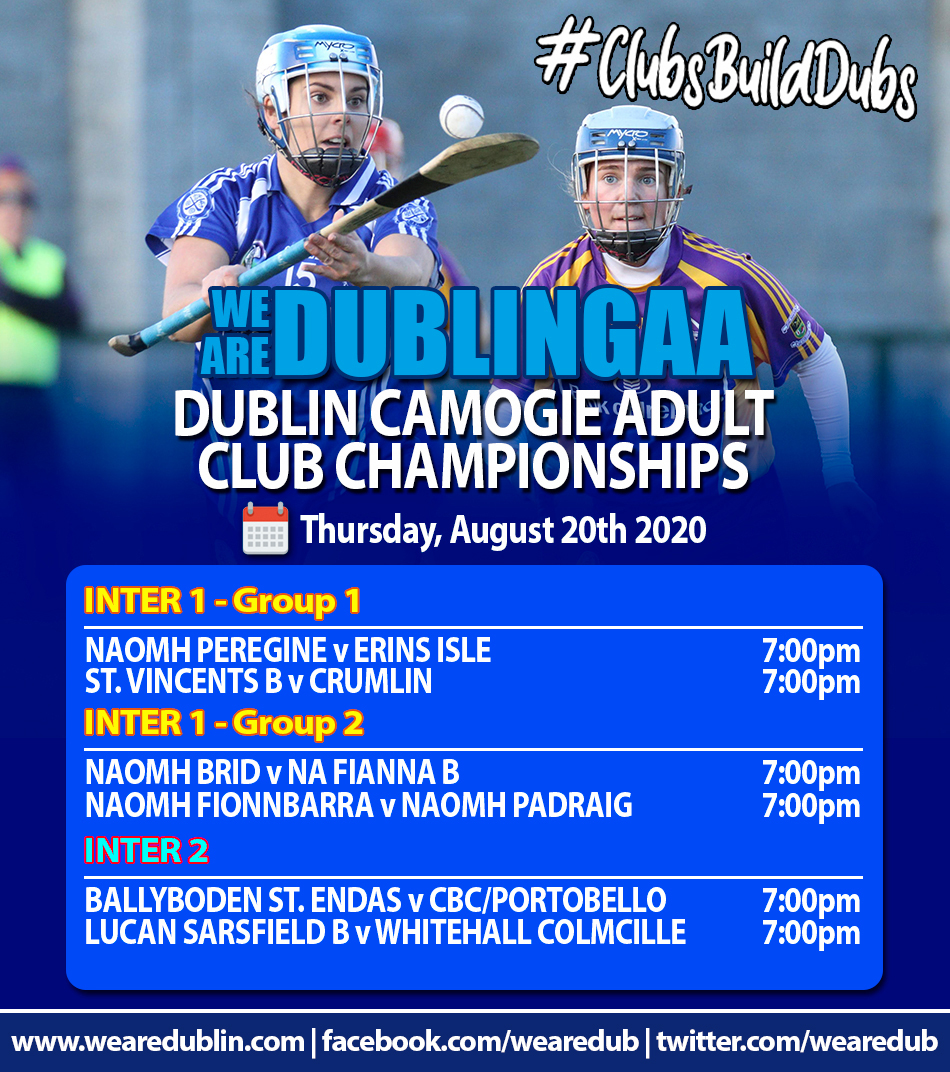 Despite the change in restrictions announced by the government on Tuesday, the action will continue as we reach the end of another week in this year’s We Are Dublin GAA Dublin Camogie Adult Club Championships. And tomorrow night, albeit on a smaller scale, the action from Round 2 in both the Inter Championships and the Junior 1 Championship will be contested.

The two top teams in Group 1, Naomh Peregrine and Erins Isle will go head to head in tomorrow night’s Round 2 clashes. Peregrines started their campaign with a 5-22 to 3-04 win over Crumlin. And it was a 4-06 to 1-09 victory over St. Vincents B for Erins Isle in their opener. And unless this one ends in a draw we’ll have a pack leader after the action. St. Vincents will welcome Crumlin as both sides are looking to get points on the board before the final round.

With the postponed game between Na Fianna B and Naomh Fionnbarra to be rescheduled, Naomh Brid are top of the Group 2 table after Round 1. And they’ll welcome Na Fianna B tomorrow night for what should be a hotly contested Round 2 encounter. Finbarrs welcome Naomh Padraig, who lost to Brigids by 4-10 to 4-06 in the opening round.

With five goals seperating Whitehall Colmcille and CBC/Portobello in Round 1, Whitehall are in the box seat in the Inter 2 Championship. That 7-10 to 2-10 will have the northside parish side confident heading to Lucan Sarsfield B tomorrow night. Ballyboden St. Endas B, who were 0-11 to 0-04 winners over Naomh Olaf in Round 1, welcome CBC/Portobello for their Round 2 clash. Naomh Olaf sit the week out on a Round 2 bye. 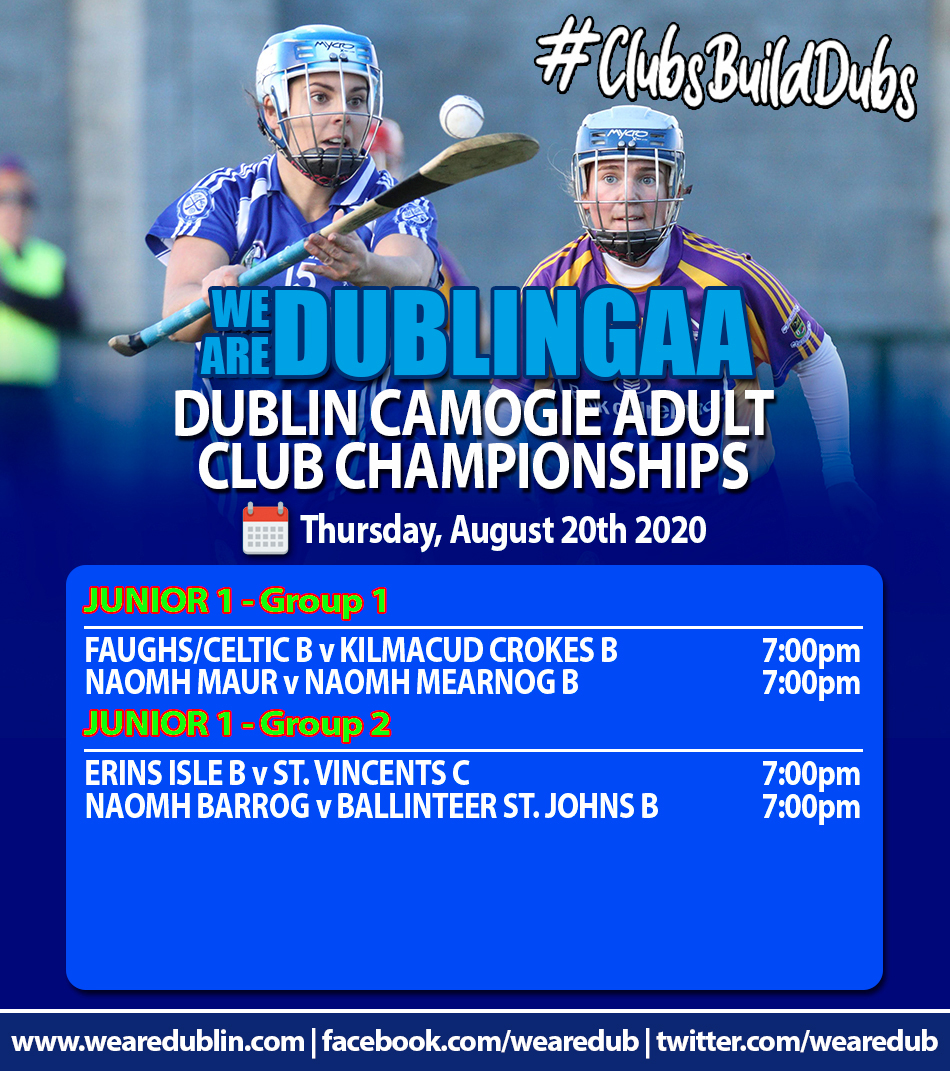 Naomh Maur and Naomh Mearnog B were both Round 1 winners in Group 1 of this grade. Mearnogs beat Thomas Davis on a 0-09 to 0-05 scoreline. While Maurs were 3-11 to 0-08 victors over Faughs/Celtic B. They face each other tomorrow night. Faughs welcome Kilmacud Crokes B tomorrow night with Thomas Davis on their bye week.

In Group 2, there were wins for Naomh Barrog and St. Vincents C in Round 1. Barrog, who beat Erins Isle B by 6-13 to 2-09, will welcome Ballinteer St. Johns B tomorrow night. Vincents face Erins Isle after their 6-17 to 3-01 opening victory over Clanna Gael Fontenoy. Clanna sit out his week on their bye before returning for Round 3 in this 5 round competition.

Please note that all fixtures are correct and the time of this post, but may be subject to change. Please check here and on the official Dublin Camogie website for updates.