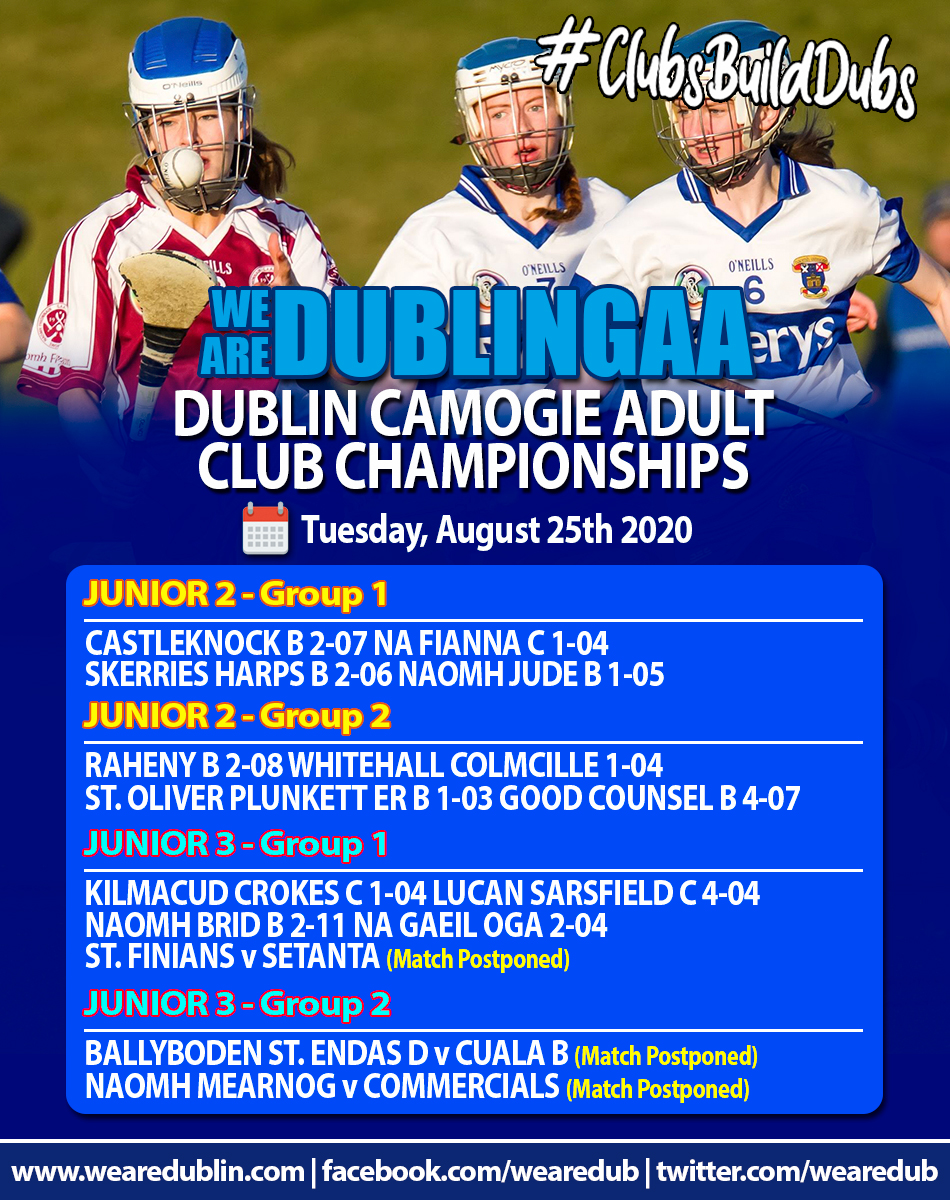 Well the wind and rain tried to wreck our plans tonight. And in some ways it succeeded. But we did get some of the 13 games played in the Junior competitions of the We Are Dublin GAA Dublin Camogie Adult Club Championships. Sadly there were five games postponed, and we had two games conceded. But nevertheless the action continued.

Thankfully the weather didn’t stop the conclusion of the round robin phase of the Junior 2 competition. And now we’re onto the Semi Finals in what has been a very hotly contested grade.

Castleknock B got through tonight with their third straight win. They registered a 2-07 to 1-04 win over Na Fianna C. That sees them top the group on 6 points and also sees Na Fianna through as runners up on 4 points. In the other of tonight’s games in the group, Skerries Harps B finished their campaign with their first win, beating Naomh Jude B by 2-06 to 1-05.

In Group 2, and just like Castleknock in Group 1, Good Counsel B remained unbeaten over the three rounds. Their 4-07 to 1-03 win over St. Oliver Plunkett Eoghan Ruadh B see them on 6 points at the top, with Whitehall Colmcille finishing in second position. Whitehall were beaten by Raheny B tonight on a 2-08 to 1-04 scoreline, but on score difference still kept the runners up spot.

No Group 2 action tonight as the weather had other ideas. So the games between Ballyboden St. Endas C and Cuala B, and Naomh Mearnog and Commercials will be rescheduled for September 1st.

Meanwhile we did get 2 of the 3 games in Group 1 played. Lucan Sarsfield C picked up after last weeks drawn game to beat Kilmacud Crokes C by 4-04 to 1-04 giving them a slight edge at the top of the table. Naomh Brid B also made ground tonight beating Na Gaeil Oga on a 2-11 to 2-04 scoreline. St. Finaians and Setanta’s game will need to be rescheduled as next week we head into Round 4 of this group. 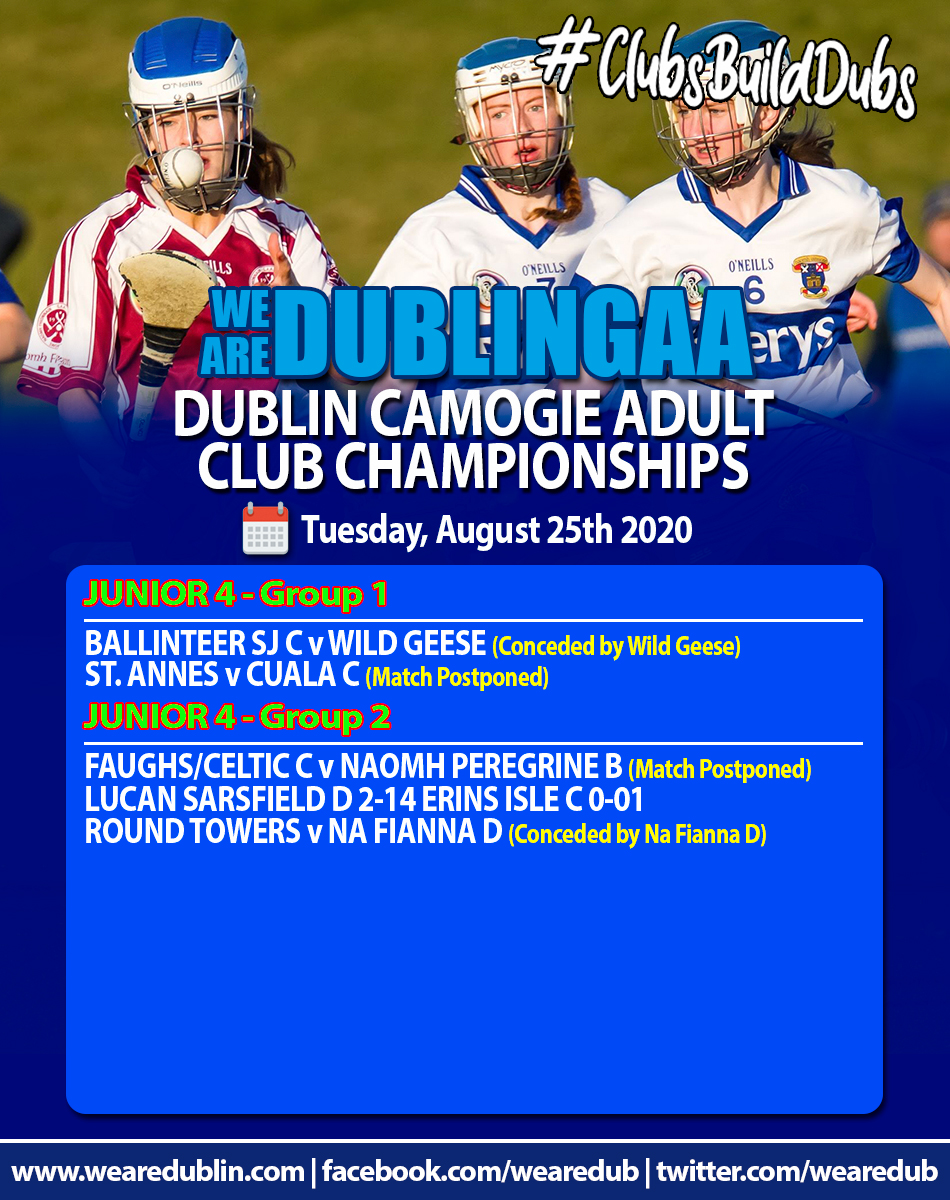 The Junior 4 competition was certainly hit the worst tonight with two postponements and two concedes. St. Annes, Cuala C, Faughs/Celtic C and Naomh Peregrine B will look to reschedule their games. Wild Geese conceded against Ballinteer St. John’s C, as did Na Fianna D against Round Towers.

In the only game to play tonight in Group 2, Lucan Sarsfield D put themselves on 5 championship points, beating Erins Isle C by 2-14 to 0-01. That puts them 1 point behind Round Towers in the table, but possibly only until the postponed games are played.

Please note we’ll bring you further details of the rescheduling of postponed games as we get the information from the Dublin Camogie County Board.