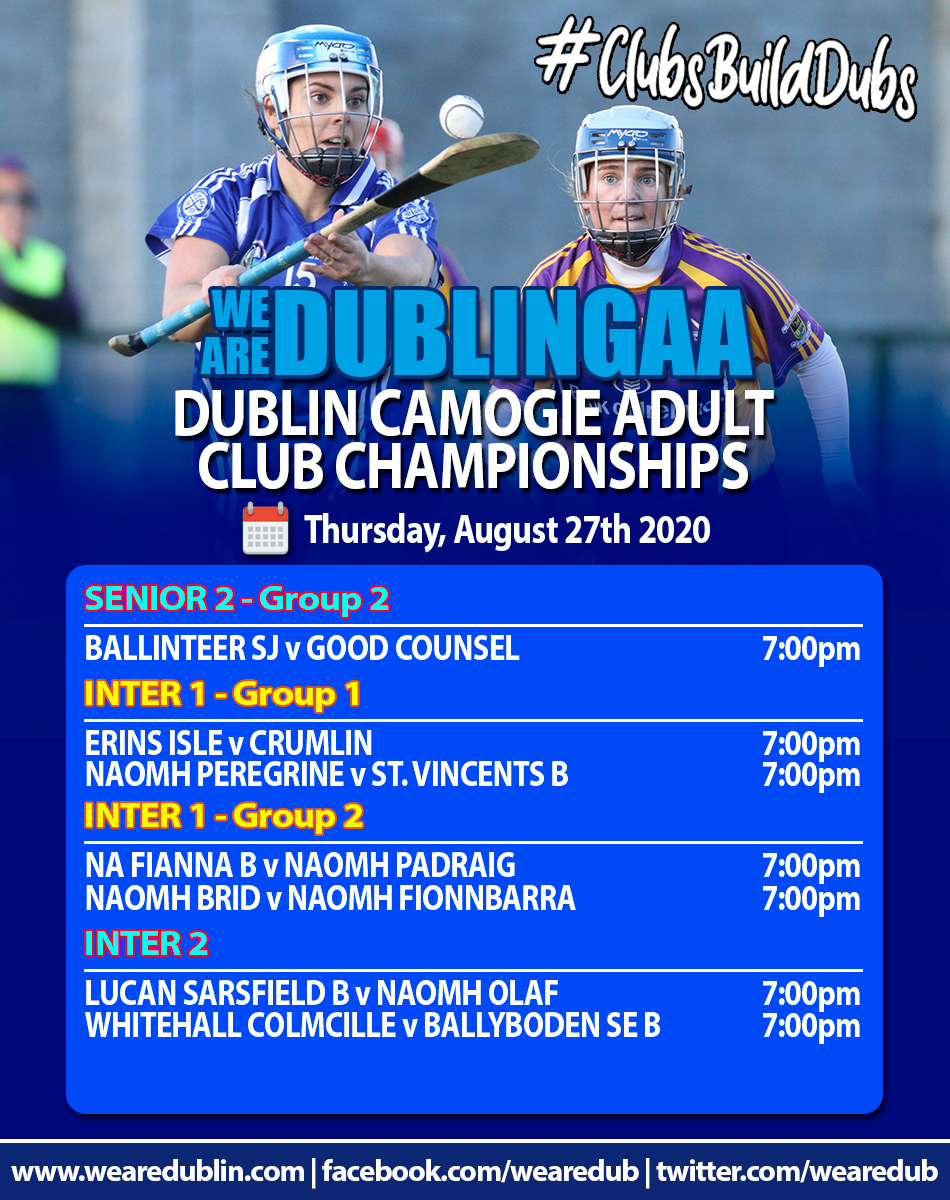 Well hopefully everyone got through the bad weather from last night. And while we wait for news on the rescheduled games, we’ve a new rack of fixtures tomorrow in this year’s We Are Dublin GAA Dublin Camogie Adult Club Championships. Outside of a rescheduled Senior 2 game, there’s a full lineup of action in the Inter 1 and Inter 2 grades. And we also have more action from the Junior 1 Championships. Here’s all the details.

Despite the conclusion of the Senior 2 round robin phases last Sunday, and the draw done for the Semi Finals, there is still one game to be completed. And even though tomorrow night’s game between Ballinteer St. Johns and Good Counsel will have no bearing, both sides will line out to complete their postponed Round 2 clash.

We reach the final round of the Inter 1 competition, and tomorrow night’s games will determine the Semi Finalists. Erins Isle have already done enough to qualify having won both their first two round games. They face Crumlin tomorrow night who have yet to record a win. And even if Crumlin are successful, it will still see Erins Isle through.

The battle for the second qualifying slot will play out between Naomh Peregrine and St. Vincents B. Both sides have recorded one win from their two round games, and Vincents have the advantage on score difference. But that means nothing if Peregrines secure the win tomorrow night.

We reach the midway point of the Inter 2 Championship, and as it stands Whitehall Colmcille and Ballyboden St. Endas B are two for two after the opening two rounds. They face each other tomorrow night with both side battling to retain the top spot. Lucan Sarsfield B square off against Naomh Olaf, with both sides aiming to secure their first win of the competition. CBC/Portobello are on their bye week tomorrow night. 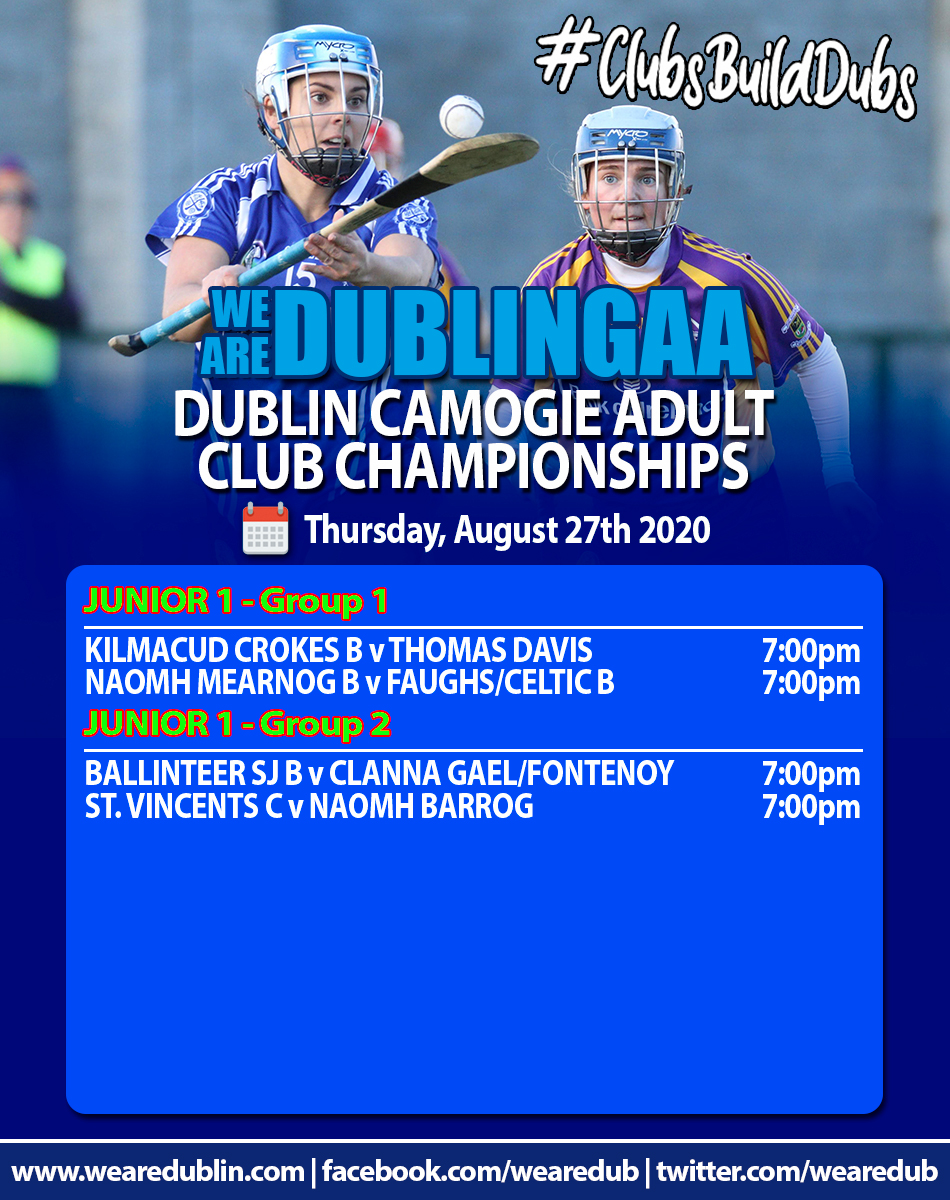 Naomh Maur are in the box seat in Group 1 of the Junior 1 Championship. they’re two for two but head into their bye week tomorrow, giving other sides a chance to make ground. Kilmacud Crokes B welcome Thomas Davis tomorrow night. Crokes have registered one win and a second will strengthen their qualifying chance. Naomh Mearnog B are in the same position as they welcome Faughs/Celtic B.

In Group 2 St. Vincents C and Naomh Barrog are two for two. They meet in a top of the table clash tomorrow night. Clanna Gael Fontenoy face Ballinteer St. Johns B. both in search of their first win.

Please note – All fixtures are correct at time of this post but may be subject to change. Stay tuned here or on the official Dublin Camogie website for further details.