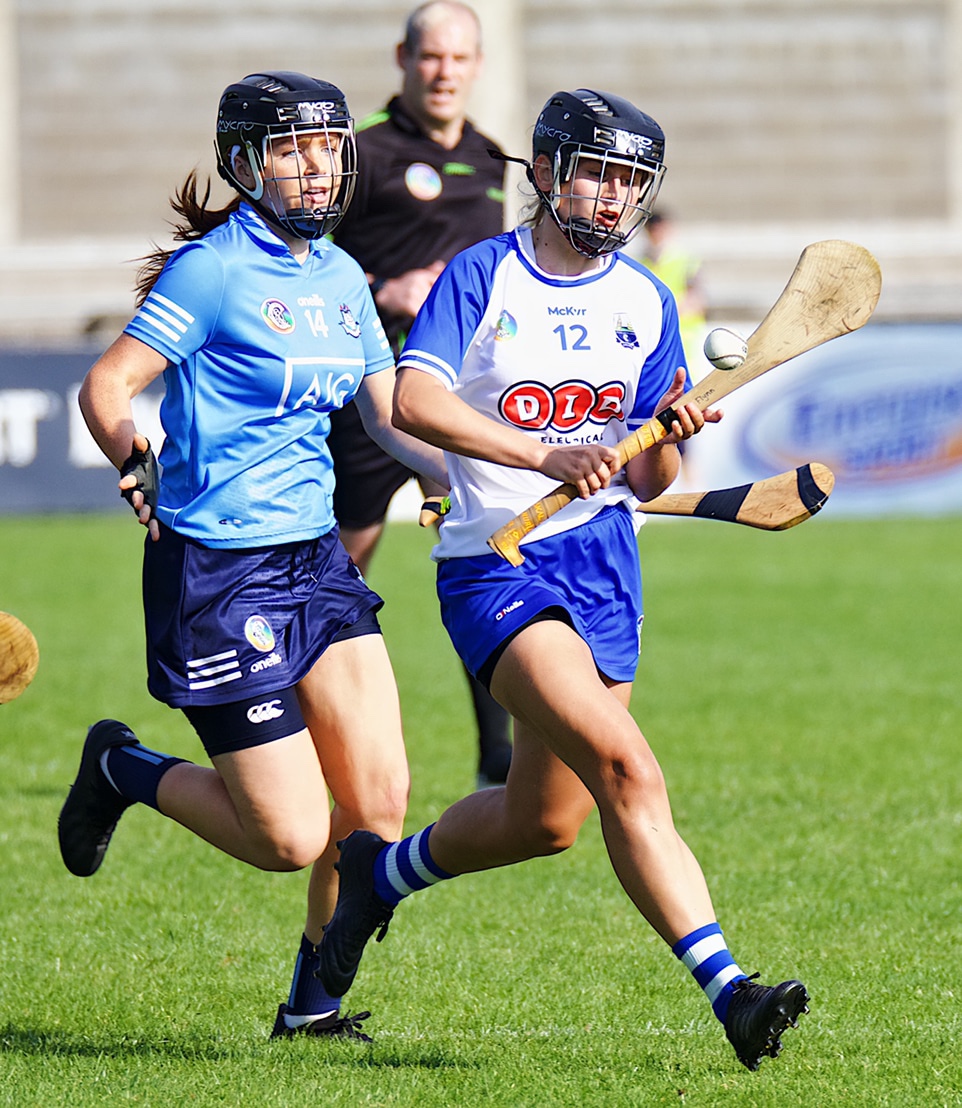 Dublin’s Championship dreams were ended this evening in Parnell Park by a dominant Waterford side who ran out comfortable fourteen point winners.

Beth Carton, Niamh Rockett and Abby Flynn accounted for 2-12 of Waterford’s scoring total as The Déise exacted revenge for their loss to Dublin at the end of May in the League Division 1 relegation play-off.

Dublin started the game brightly building up a three point lead inside the opening four minutes with points from Jody Couch, Aisling Maher and Kerrie Finnegan.

But the momentum of the game changed after a serious injury to Waterford’s corner-back Sibéal Harney which seen the St Annes player stretchered off.

On the resumption Waterford clicked into gear, a Beth Carton converted free and a Shona Curran point reduced the deficit to a single score.

A point from Ali Twomey pushed the Dublin lead back to two, but three points in a row, two from Beth Carton, one from a free and one from open play and the other from Sarah Lacey gave Waterford the lead for the first time in the game.

The Dubs drew level thanks to a second point of the half from Ali Twomey, but Waterford were dominating the possession at this stage and pushing Dublin onto the back foot.

Another converted free from Carton was followed by the games opening goal finished brilliantly to the net by Waterford’s half-forward Niamh Rockett. Beth Carton was proving to be a handful and added another point in the 27th minute to give Waterford a five point lead.

Two Aisling Maher converted frees either side of a point from Vikki Falconer left four between the sides with game in an extended period of first half injury time.

Waterford made the most of their dominance in the closing minutes of the half, Beth Carton added two more points, a free and one from open play either side of a goal from Abby Flynn to leave the score at half-time 2-10 to 0-07 and Dublin with a mountain to climb in the second half.

On the resumption Waterford continued were they had left off in the first and extended their lead with two converted frees, the first from Clara Griffin and Beth Carton with her eight point of the game.

Dublin were struggling to create any scoring opportunities and that was reflected in their return of just two points for the entire second half.

The first of those came courtesy of an Aisling Maher free in the 40th minute. Waterford added to their tally with a Clara Griffin free and a fine point from Rockett.

With eleven minutes to go to the full time whistle Niamh Gannon hit over a fine effort for Dublin, but that was to be their final score of the game and Waterford hit the last three scores of the contest, one from Niamh Rockett and Beth Carton with two to finish with ten points to her name.

Waterford move onto the All Ireland quarter finals while Dublin will travel north next weekend for their final group game against Down.

Dublin’s Championship dreams maybe over for this season, but there is still importance attached to next weeks encounter as the winners will avoid having to face a relegation play-off and the prospect of dropping out of the Senior grade.