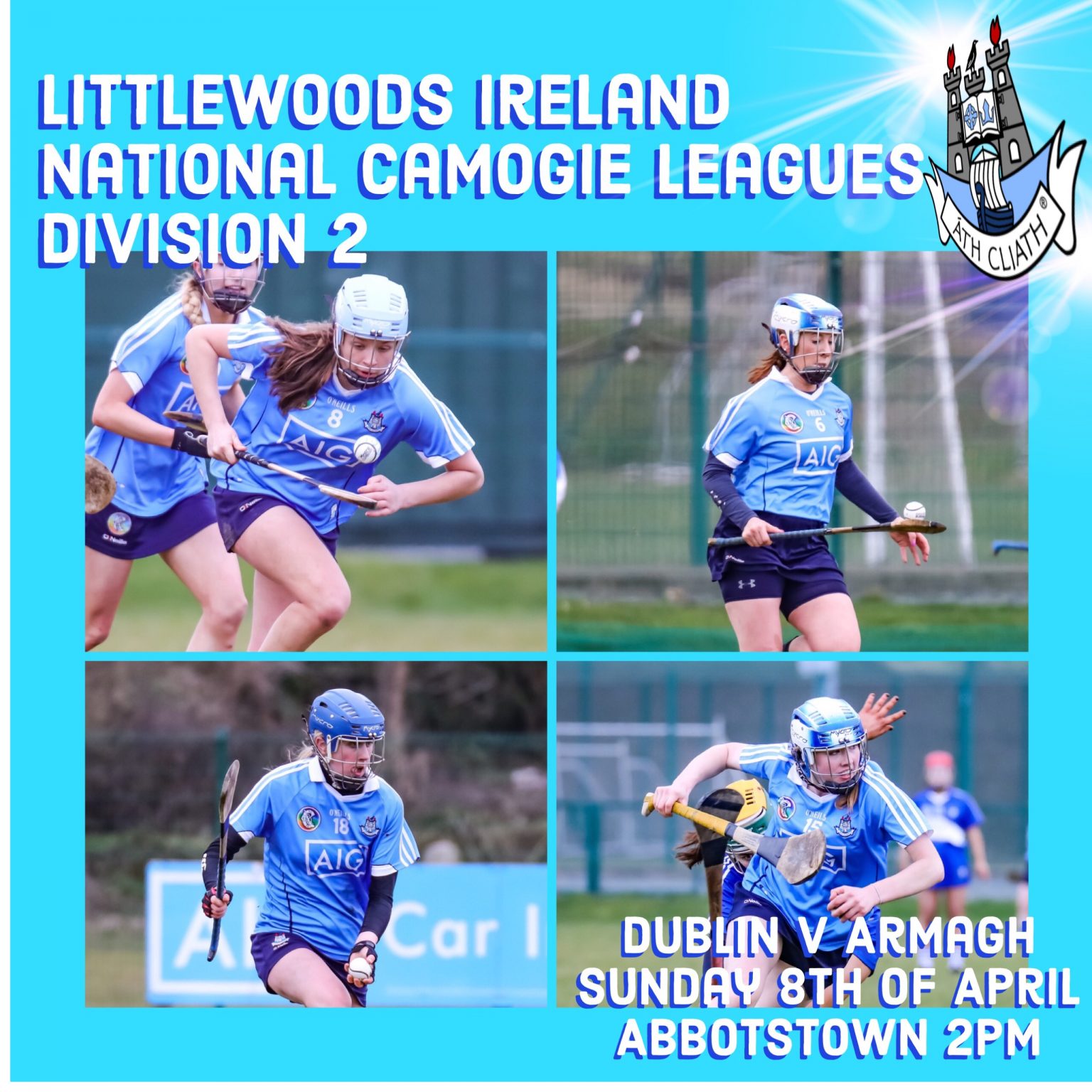 The maths are simple for Dublin’s Premier Junior Camogie Squad this coming Sunday, victory over Armagh in their last round game of Division 2 of the Littlewoods Ireland National Camogie Leagues will propel them into the League semi finals.

Shane Plowman’s side went through the entire league campaign last season unbeaten to claim the Division 3 title and they have continued their excellent league form again this year with no losses in their five league games to date.

Dublin’s fine run can be attributed to area, their high work rate, a rock solid defence that has only conceded two goals in their five games and has an average concession rate of just 10 points per game.

A dominant midfield is complimented by a dangerous forward unit that has found the back of the net in every game averaging almost two goals per game and with an overall scoring average of 15 points per game.

Sunday’s opponents Armagh have little bar pride to play for with the semi finals out of their reach.

The girls from the Orchard County sit second from bottom in the table having only recorded one win to date but they played one game less than all of the other teams except Laois who they play the following weekend.

Dublin though will have to be on their game against Armagh as they have the ability to make it a very uncomfortable afternoon for the girls in blue.

But on current form, the difficulty teams have had scoring against Dublin, the sky blues attacking threat and Armagh’s concession average of 20 plus points, Shame Plowman’s charged should see this one home with a few points to spare and a place in the Division 2 semi finals.