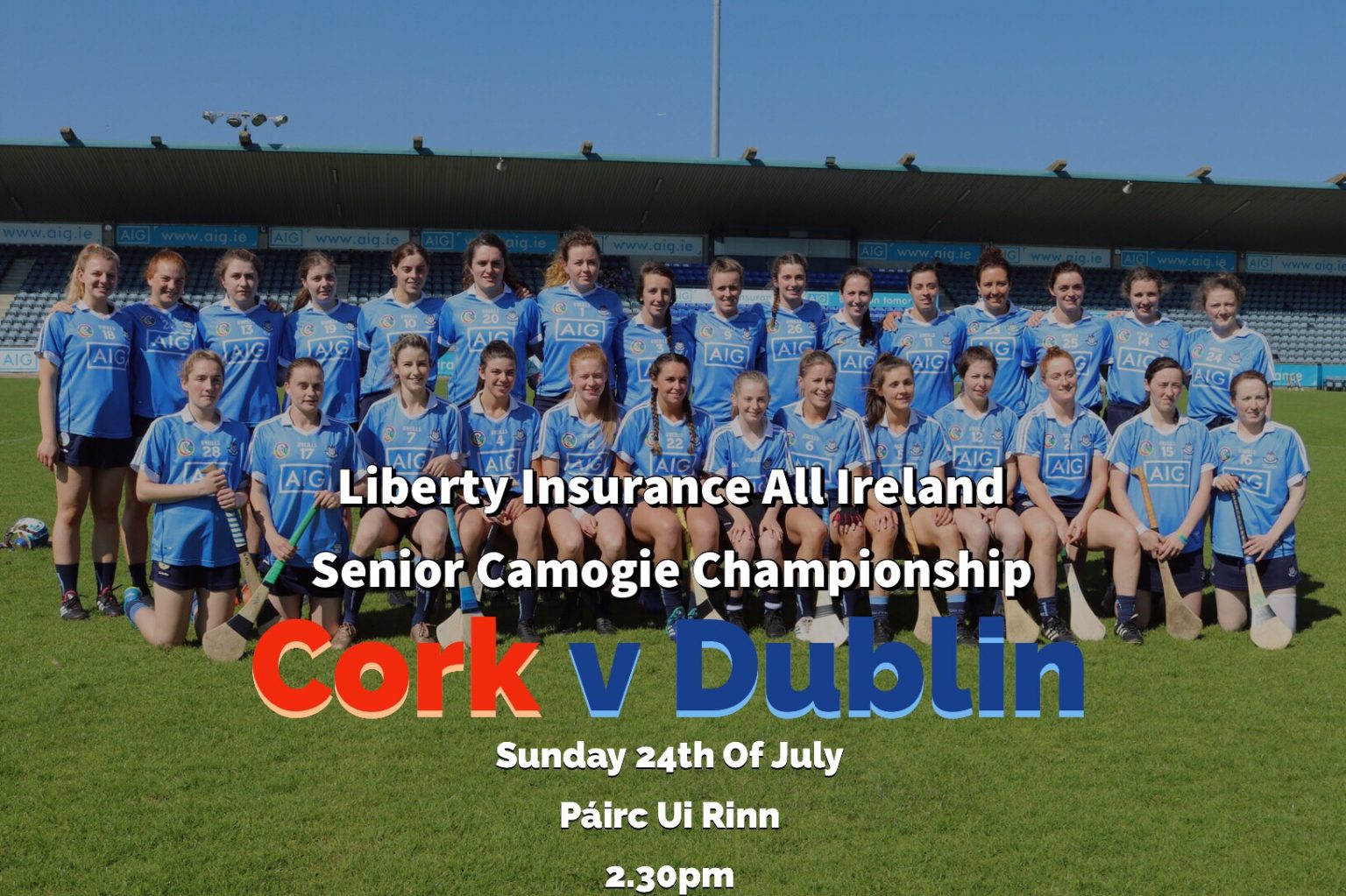 No Changes For Dublin For Their Meeting With Champions Cork

Dublin Senior Camogie manager David Herity has named his side to face all Ireland champions Cork in Páirc Ui Rinn tomorrow at 2:30 PM.

Unsurprisingly there are no changes to the Dublin team that convincingly beat Offaly 3-14 to 3-09 two weeks ago in the opening round of the Liberty Insurance senior All Ireland Championship.

Although the final scoreline in that game would suggest it was a tight affair, Offaly were well beaten on the day and two very for fortuitous goals in the second half, including a very soft penalty, put a gloss on the final total for Offaly.

Reigning All Ireland champions Cork also had an impressive win in their opening round fixture against Wexford recording a 1–19 to 0–07 victory and with home advantage will be looking to make it two wins from two.

Dublin though will head south to the home of the champions Cork in buoyant mood after their excellent performance against Offaly which was packed full of excellent hurling throughout.

Dublin calmly and accurately moved the ball through the lines and they posed a serious goal threat going forward in the victory over Offaly and they’ll certainly need more of the same against the champions Cork tomorrow.

It was an all-round team performance but two players in particular stood out the last day, upfront Siobhan Keogh terrorised the Offaly defence and finished as Dublin’s top top scorer with an impressive 1–07.

And midfielder Eimear McCarthy who bossed centrefield and also chipped in with four points including a couple of long range stunners which drew gasps from the supporters in attendance.

Dublin have made huge positive strides under manager David Herity, he has instilled a ferocious work rate within the side and also plenty of confidence in their own ability.

And with the quality within the squad they are are a match for any side in the country on their day.

Herity led Dublin to the All Ireland championship semi finals last year, to continue the squads progression the aim is a place in Septembers All Ireland final.

Dublin will take a step closer to the knockout stages and that coveted All Ireland Final spot If they can leave Leeside with a result against their hosts Cork.

It won’t be an easy task and if Dublin are not on their game tomorrow Cork will punish them emphatically, but last years run to the All Ireland semi-final’s has certainly given the side a real boost in confidence and belief in their own ability and they won’t have any fears facing Cork.

Cork are favorites to take the spoils tomorrow afternoon particularly playing in their own backyard, but you write this Dublin side off at your peril, this one could be a very tight affair and could go down to wire with only a point or two between the sides at the final whistle.

The Camogie Association to Stream 2020 All Stars Awards