The side from West Dublin found themselves five points in arrears at the break but came back out after halftime a different side and dominated the second half to win by four at the finish.

The game started in atrocious conditions as Storm Atiyah brought howling winds and driving rain. Lucan though settled first and had the better of the opening quarter to lead by three points to no score.

But as the conditions worsened it was their opponents Kilmacud Crokes who coped better and outscored Lucan by 2-03 to 0-01 to take a five point lead with them into the dressing rooms with the score at halftime 2-03 to 0-04.

During the break the weather deteriorated even more and there was the distinct possibility that the game might have had to be called off but thankfully just as the players reappeared the storm cleared and the second half got underway.

Lucan Sarsfields needed a quick start to the half to get back into the game and they got just that and were level inside the opening eight minutes of the restart.

Three points in a two minute spell between the 44th and 46th minute gave Lucan a three point lead as they continued to dominate possession and put the Kilmacud Crokes defence under severe pressure.

With eight minutes left in the game Crokes scored their first point of the second half to leave two points between the sides. But a second goal for Lucan just a mere sixty seconds later was quickly followed by their 10 point of the game to all but wrap up the final.

In fairness to Crokes they battled on right to the end and gave Lucan Sarsfields a couple of nervy moments in the closing stages. But they couldn’t conjure up the goals they needed to turn this one around and had to settle for the last two points of the game and Lucan Sarsfields claimed the Dublin Camogie Minor A club championship title. 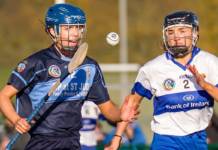 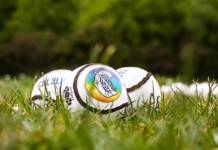 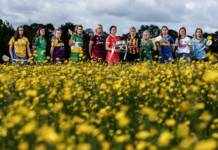 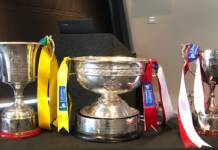