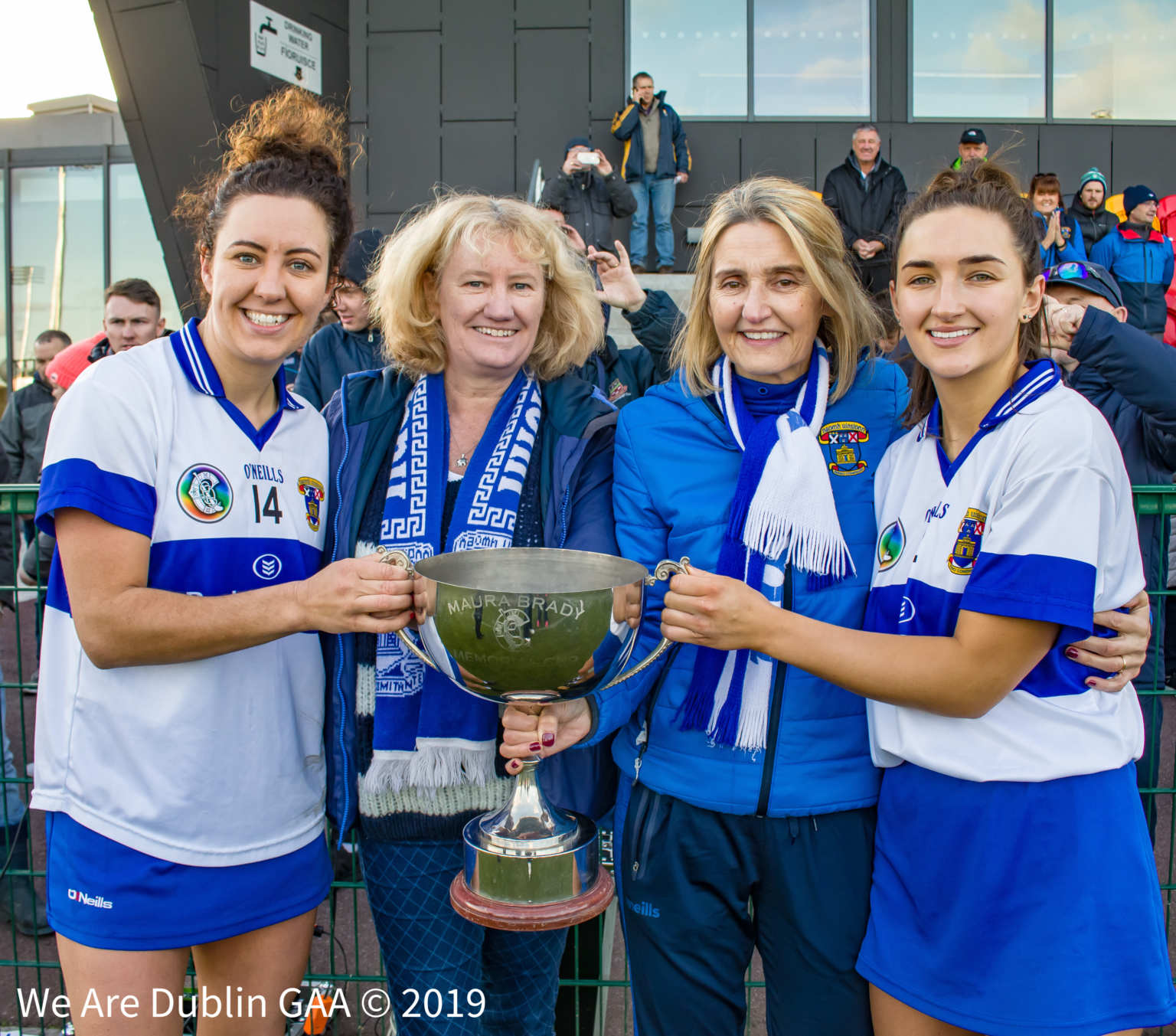 St Vincents are back top of the pile after claiming the We Are Dublin GAA/Dublin Camogie Senior 1 title this afternoon in Abbotstown against St Judes.

It was a throughly entertaining and thrilling final that was action packed from start to finish. In the end the difference between the two sides was Vincents ability to clinically take their scoring opportunities.

A four goal haul was the telling factor in securing the Senior 1 title for the Marino outfit. Leading by six points at the break two stunning goals from Aisling Maher inside the opening ten minutes of the second half gave St Vincents a commanding 12 point advantage.

In fairness to St Judes they battled to the end and although they created a number half chances in front of the St Vincents goal a combination of good defending and the absence of ‘Lady Luck’ just wouldn’t see them get the bounce of the ball in their favour.

The game started at a frantic pace and St Vincents grabbed the first point of the final in the 4th minute scored by Ali Maguire. 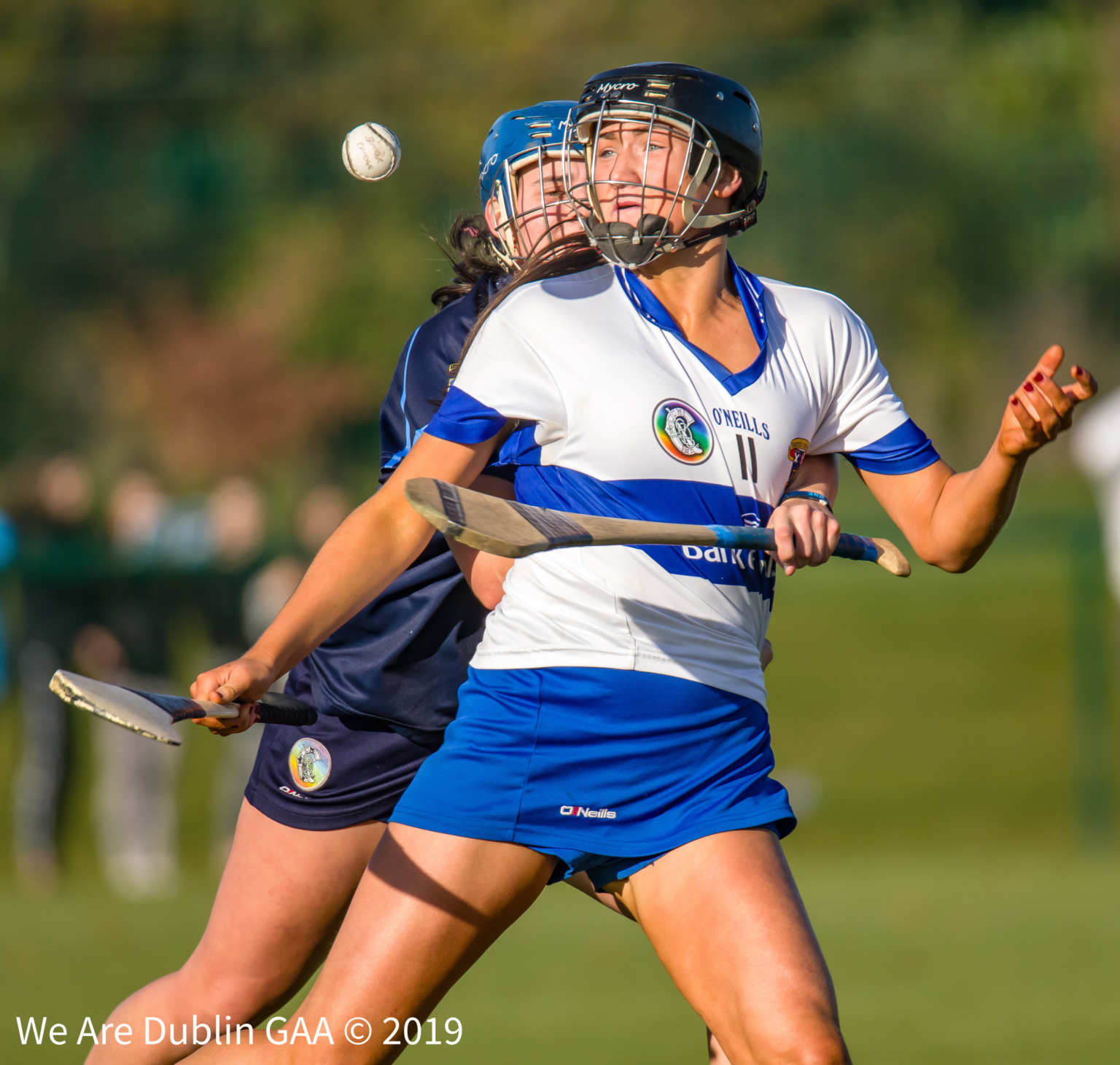 Judes went back down the other end of the field and Aoife Walsh drew the sides level with a nice point. Points from Ali Maguire and Anna Sullivan our Vincents two to the good with ten minutes on the clock.

A minute later St Judes hit the front for the first and only time in the game when Aoife Molloy finished to the net after a sweeping move.

The St Vincents reply was emphatic as they scored an unanswered 1-04 to take control of the game. An Ali Maguire converted free was quickly followed by three points from play in as many minutes from Aisling Maher with two and one from Niamh Hetherton.

The team from Marino were awarded a free between midfield and the 45’ up stepped Ali Maguire, she launched a high one towards the goal and the Judes keeper misjudged the dropping ball and it nestled into the back of the net.

It was a cruel blow, but Judes were awarded a penalty with four minutes to go to the break and a chance for the Judes netminder Hannah Begley to make amends from the penalty spot, but her well struck shot was saved on the line and cleared to safety. 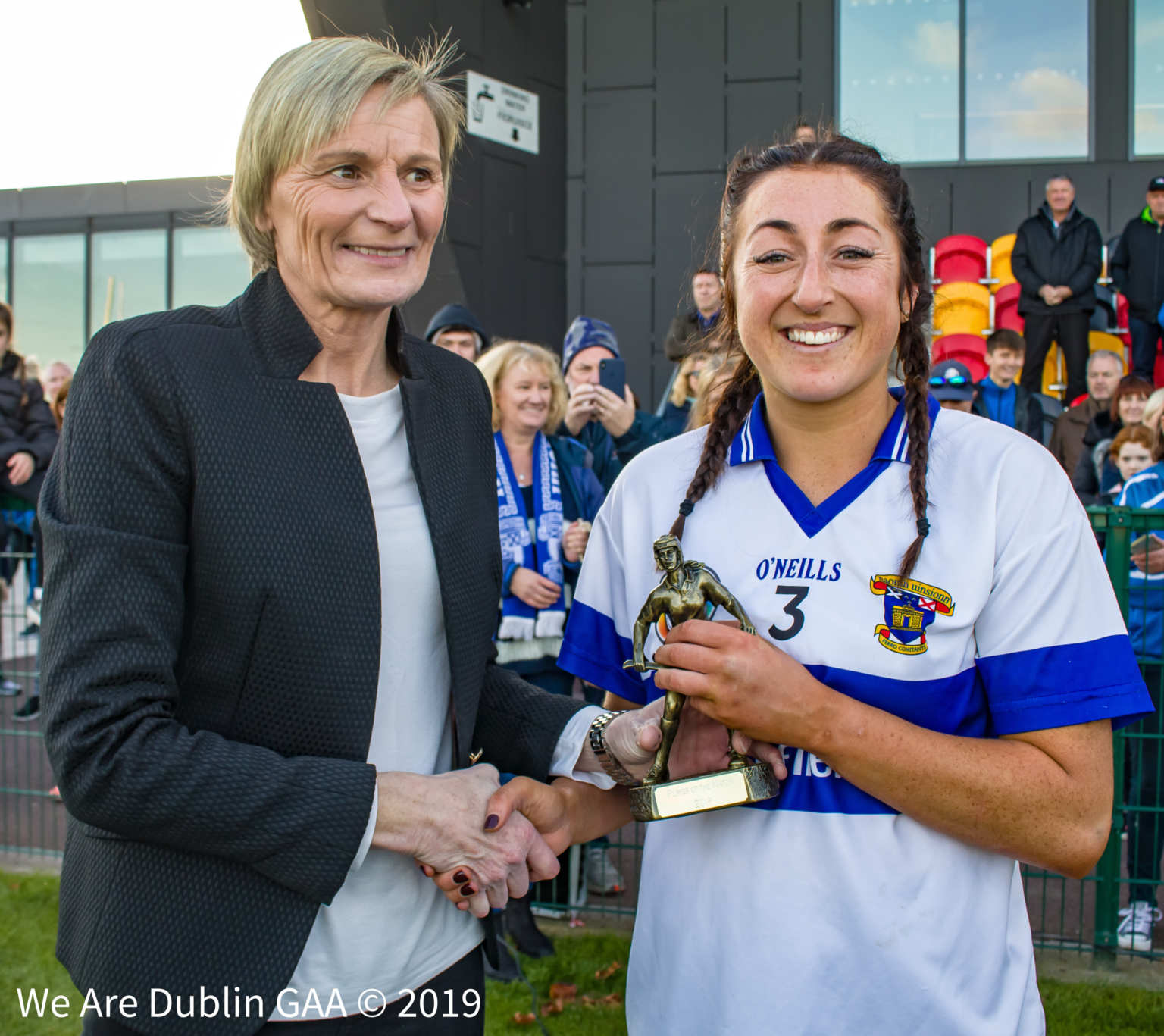 A shot at goal from Aisling Maher was saved by Begley for a 45’ which Ali Maguire dispatched over the bar. And in first half injury time Cliodhna Nicoletti pulled one back from a free for the team from Templeogue to leave the score at the break 1-08 to 1-02.

Six points down and Judes needed a good start to the second half, but two stunning goals from Aisling Maher put St Vincents almost out of sight and with one hand on the Senior 1 title.

Two excellent points from play from Aisling Gannon and Cliodna Nicoletti reduced the deficit to ten points. But a quick fire 1-01 from Niamh Hetherton stretched the St Vincents lead out to a whopping 14 points.

They are made of stern stuff in Judes though and they struck back with a rocket of a goal from Aoife Molly and a converted free from Cliodhna Nicoletti.

With still 15 minutes of the second half to go St Judes piled on the pressure to get back into the game. 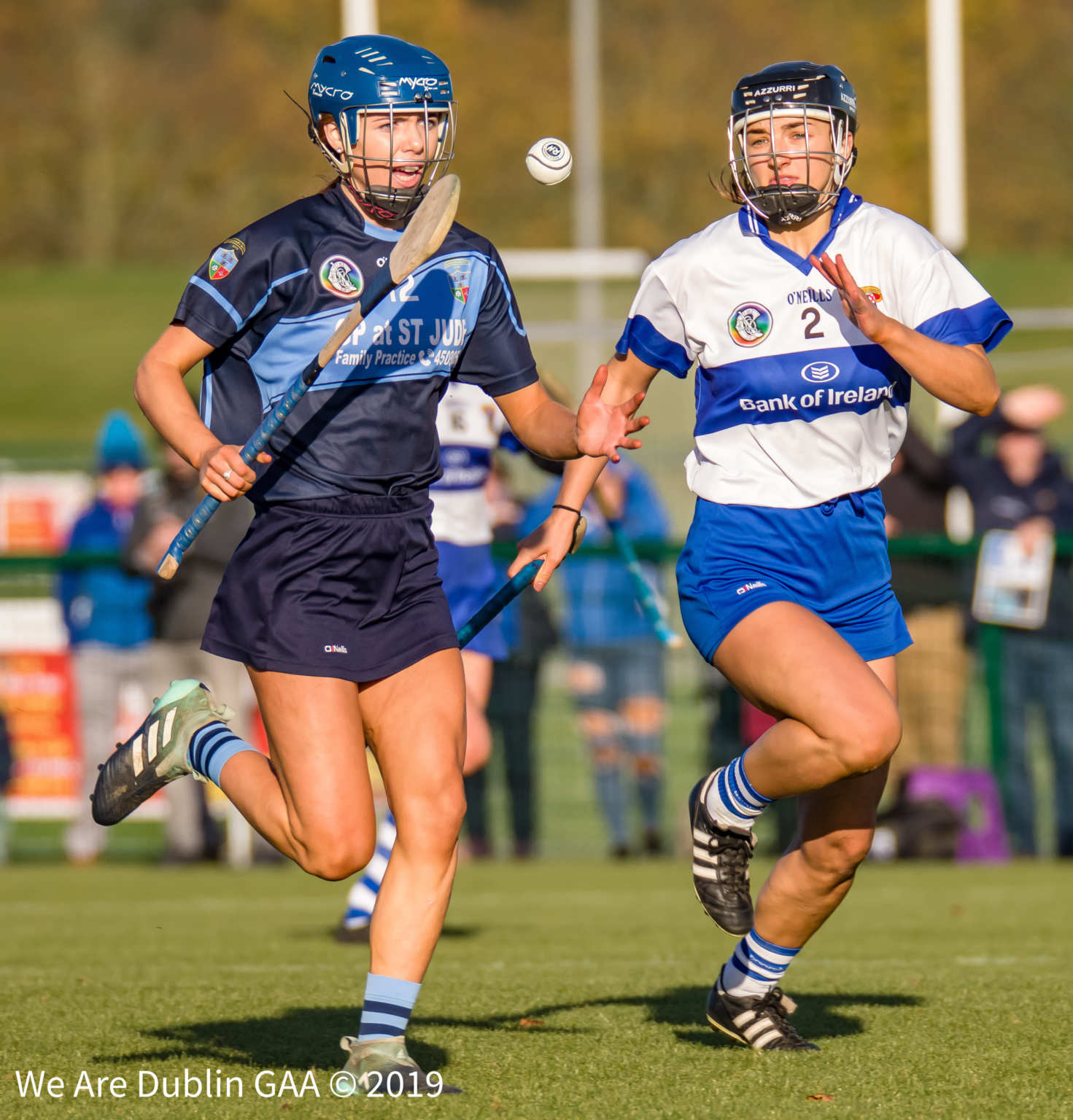 But some excellent defending from the St Vincents defence, particularly from Player of the Match Ciara O’Leary and a lack of good fortune with the bounce of the ball, Judes just couldn’t score the goals they needed to reel their opponents back in.

And it was left to Vincents to have the last say in the final with Aisling Maher converting two frees in injury time to secure a 12 point win and the We Are Dublin GAA/Dublin Camogie Senior 1 title.

NAOMH MEARNOG HAVE ALL THE ANSWERS TO CLAIM TITLE