Down to 14, St Vincents defensive qualities came to the fore in the closing stages to secure the win and the 2022 Leinster Senior Camogie title 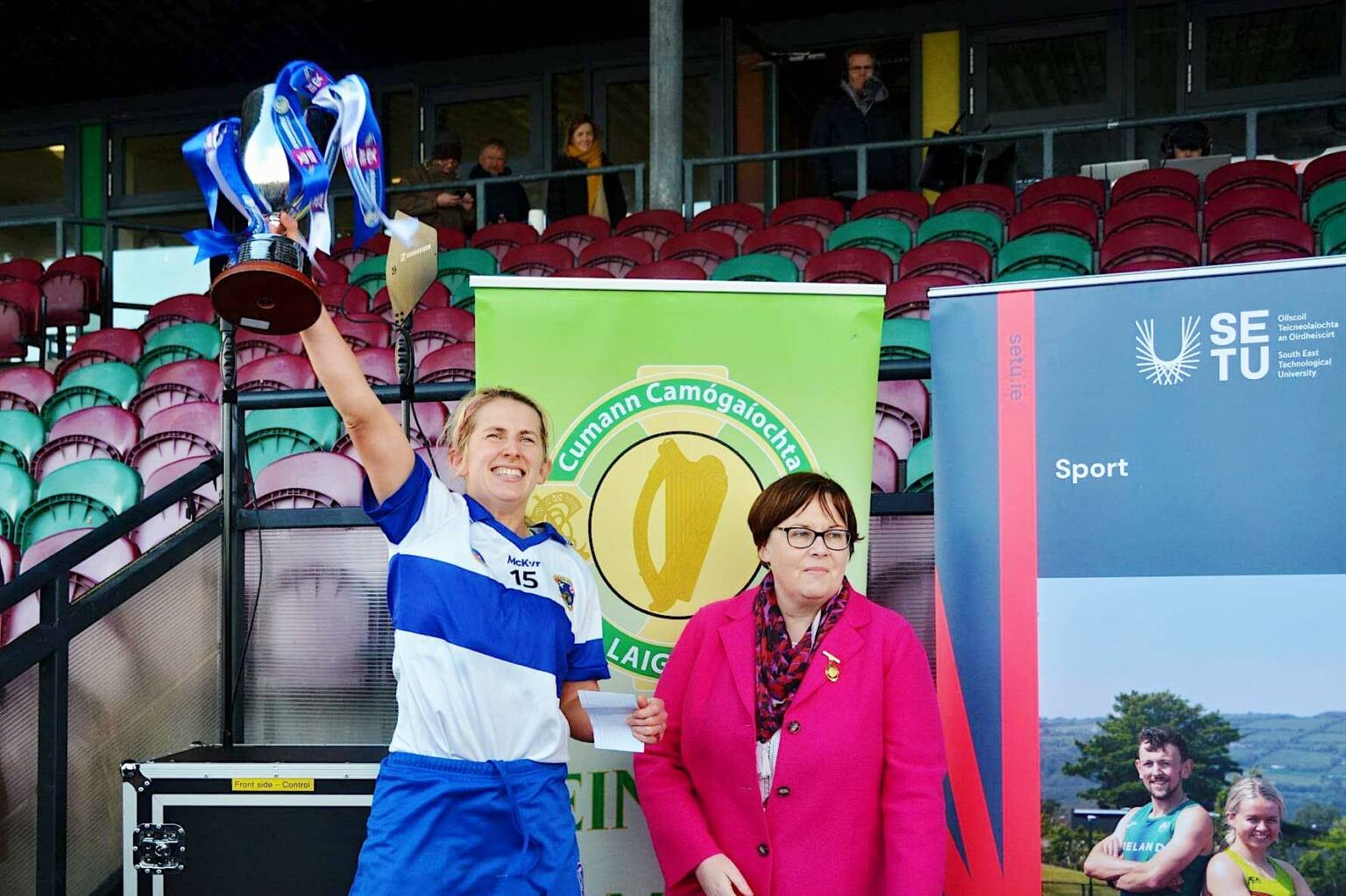 St Vincents had to battle all the way to the final whistle this afternoon to secure the 2022 Leinster Senior Camogie title against Oulart The Ballagh in a highly competitive club championship final.

Vinnies enjoyed the better of the first half in the excellent facilities in the SETU Carlow Main Campus which included a fine finish to the net by Niamh Hetherton for the games only goal.

But defending champions Oulart The Ballagh came out in determined fashion in the second half and began to eat into the St Vincents lead and the Marino girls defensive steel and battling spirit was tested all the way to the end.

A brilliant block late in the game by Aine Woods which prevented a certain goal epitomised the battling character of St Vincents and they really had to show that defensive steel in the closing stages when they were reduced to fourteen players after Eva Marie Elliot was shown a second yellow and subsequent red card.

St Vincents took an early two point lead in the game with two points from Aisling Maher, one a fine effort from play and a converted free.

Eleven minutes in and Oulart The Ballagh scored their first point of the final from Louise Sinnott. Alison Maguire restored Vincents two point advantage, but just past the midway point of the first half Shelley Kehoe reduced the deficit again to a single point.

Seven minutes from the break came the decisive score of the final, the ball was won out on the right, passed inside to Muireann Kelleher who hit a long pass in towards Niamh Hetherton who battled with her marker for the ball, flicked it towards the goal and pulled on the ball on the ground past the keeper and into the net.

A converted Aisling Maher extended the lead to five points and Maher was unlucky not to extend the lead further as her shot at goal from a free was saved on the line.

Two minutes from the short whistle Oulart The Ballagh’s Shelley Kehoe reduced the lead to four to leave the half-time score 1-04 to 0-03.

Oulart The Ballagh started the second half with renewed vigour and determination and two quick converted frees from Anais Curran inside the opening three minutes halved the deficit.

Two more converted frees from Anais Curran left the bare minimum between the teams with six minutes remaining. Another successful free attempt from Aisling Maher gave the Marino side a little breathing room, but back came Oulart and Stacey Kehoe split the posts with a fine effort and lead was back to a single point.

With two minutes left on the clock up popped Aisling Maher to settle the Vincents nerves with a superb point to stretch the lead to two. But an equally fine point from half-forward Shelly Kehoe insured it would be a grandstand finish as five minutes of injury time were announced over the tannoy.

Seconds into injury time and St Vincents suffered a blow when Eva Marie Elliot was shown a second yellow card and subsequent red for an off the ball incident. The player left the field furious with the decision and distraught because of the possible implications it might have on the result of the game.

But despite Oulart throwing the kitchen sink at it, they couldn’t get any change out of a determined, battling and well drilled and organised St Vincents defence and the Marino side held on for a deserved one point win to claim the 2022 Leinster Senior Camogie title.