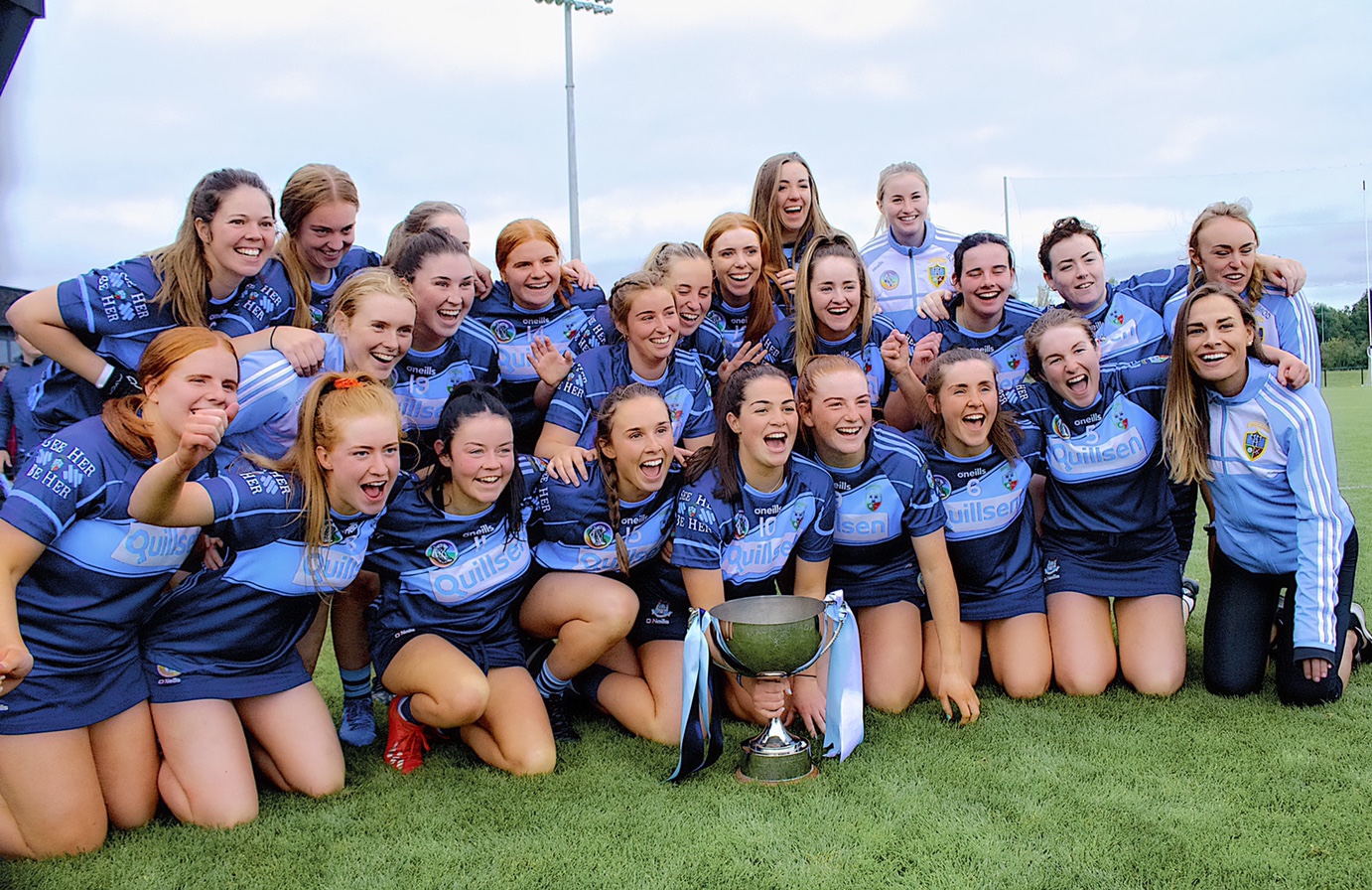 All eyes were on Abbotstown yesterday afternoon for the meeting of St Judes and St Vincents in the Dublin Camogie Senior 1 club championship final.

The sides were meeting for the third year in a row in the blue ribboned final with both sides securing a win apiece in their previous meetings and another close battle was expected yesterday in the Blanchardstown venue.

And that’s exactly how it transpired, there was little to separate the sides throughout the game, St Vincents led by a solitary point at the break.

But the games pivotal score came from early second half substitute Hannah Begley who finished first time off the ground to the net.

That score gave St Judes the momentum in the game and they took full advantage with a three point blitz in a five minute spell that allowed them to keep St Vincents at arms length.

St Vincents battled till the end, but they were left to rue a number of missed opportunities at crucial stages in the second half which may have swung the momentum back in the favour.

St Judes though just had that little bit extra, particularly in attack and run out deserving winners at the end of an absorbing and closely fought final.

St Vincents started brightly winning the throw-in and working the ball quickly to Alison Maguire for the opening score of the final inside the opening 40 seconds.

The game was being played at a frantic pace with both sets of players going full blooded into tackles with neither team willing to take a step backwards.

An excellent point from play from midfielder Muireann Kelleher and a converted free from Alison Maguire put St Vincents two in front with twelve minutes gone in the game.

Full forward Aisling Gannon pulled one back for Judes in the fifteenth minute as the game swung from one end of the pitch to the other.

Alison Maguire and Sinéad Nolan then scored a brace of frees each to leave one between the sides with five minutes to go to the short whistle.

Anna Sullivan stretched the Vinnies lead back out to two with a fine effort but back came St Judes with two excellent points from play within a minute scored by Sinéad Nolan and Caragh Dawsonand it was all square with three minutes left in the half.

Alison Maguire put Vincents back in front with another fine strike over the bar but as the game headed in first half injury time Sinéad Nolan converted yet another free.

There was still time left for either side to grab the lead again and Aisling Maher grabbed her first point of the final to give St Vincents the slenderest of half-time leads with the score 0-08 to 0-07.

And it was Aisling Maher who scored the opening point of the second half to put two points between the teams.

St Judes Hannah Hegarty hit an eye catching long range point to reduce the deficit to the bare minimum. Alison Maguire once again struck back for Vincents to once again stretch the lead to two points with just over twenty minutes left in the final.

That prompted the St Judes management to make their first substitution with Hannah Begley entering the fray. It proved to be an inspired change.

Aisling Gannon collected the ball from a free right in front of the goal, her shot was deflected out to Hannah Begley who pulled on the ball first time and buried the ball just inside the left hand post into the top left corner of the net to put Judes a point in front.

A converted 45’ from Alison Maguire brought the sides level again but the momentum had swung in Judes favour and they reeled off three points in a row, a 45’ from Sinéad Nolan and a point each from Niamh Gannon and Leah Butler and with ten minutes to go St Judes led by three.

In fairness to St Vincents they battled their way back into the game and two fine points from play from Anna Sullivan put the game back in the melting pot with five minutes to go.

Vinnies had the chance to draw level two minutes later but Alison Maguire’s effort from a free just went the wrong side of the post. Judes took full advantage and reestablished their three point lead with excellent points from Hannah Begley and Caragh Dawson that drew a huge roar from their supporters.

With the game in injury time St Vincents Ava Lambe and St Judes Aisling Gannon swapped points, Vincents needed a goal to force the draw but they had to settle for a point from Ava Lambe and seconds later the full time whistle was sounded and St Judes were crowned Dublin Camogie Senior 1 club champions for the second year in a row.

No changes for Dublin Camogie U16’s championship clash with Kilkenny