Another year rolls along and with Dublin’s Senior Camogie panel finished their Littlewoods Camogie League Campaign, and the Intermediates challenging for safety in Division 2, it’s Club Leagues time again.

This year there are eight leagues in total. Two Senior Leagues, Two Intermediate Leagues and four Junior Leagues. And the action got underway in Senior 1 last weekend and early this week.

On Sunday last St. Vincents got the 2019 campaign underway with a 5-22 to 0-02 win over Skerries Harps. elsewhere Na Fianna took on newcomers Faughs/Celtic and in a tight game were victorious on a 1-10 to 2-04 scoreline.

On Tuesday Lucan Sarsfield and St. Oliver Plunkett Eoghan Ruadh squared off. Plunketts came out on top in this one by 4-13 to 2-05. And Ballinteer St. John’s entertained Naomh Jude in a tied game at 3-10 to 2-13. This weekend sees the Senior 1 League continue into Round 2, and the start of both the Senior 2 and Inter 1 Leagues.

So let’s get this Sunday’s games up.

Start Dates for the remainder of this year’s Camogie Leagues are as follows: 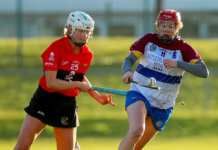 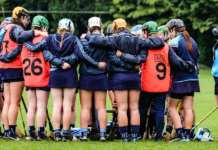 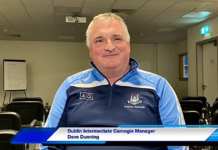