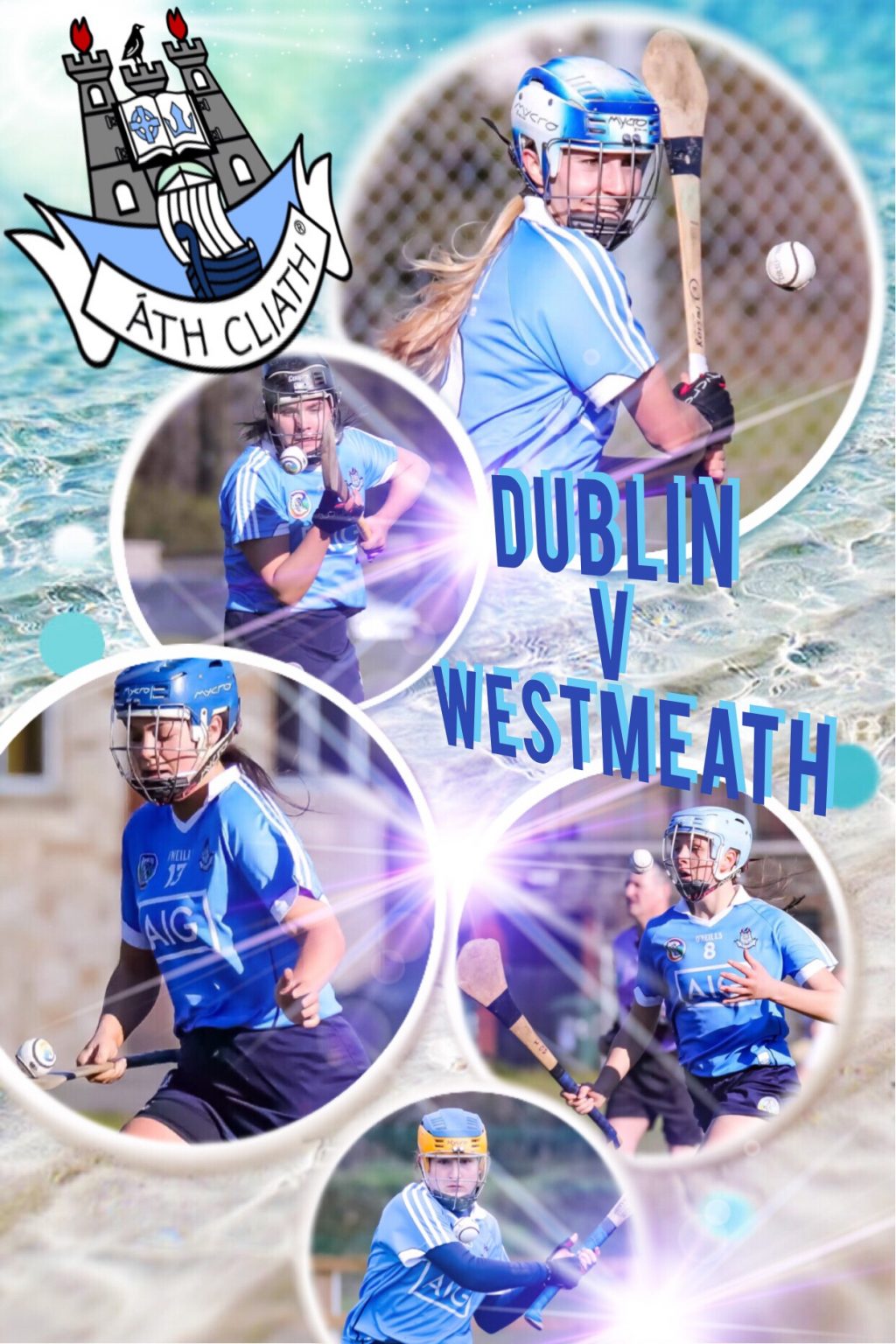 The Dublin Premier Junior Camogie squad are just one step away from qualifying for a league final for the second year in a row.

Standing in their way tomorrow afternoon at 2pm in Clane GAA club in Kildare are the team they faced in last seasons All Ireland Final Westmeath.

Dublin finished second in group B of the competition unbeaten with four wins and two draws from their six games in the group.

Newly promoted to the division Dublin were faced with away trips in their opening two games. A trip to the Ragg to face Tipperary was the first challenge and Shane Plowman’s side came away with a hard fought one point win by 1-08 to 0-10.

With confidence high next was the short trip to tomorrow’s venue to play Kildare and the girls in blue made it two wins from two with a 3-17 to 1-11 victory over their hosts.

The Dubs showed their character and resilience in their next two outings to claim two valuable draws.

First was table toppers Kilkenny in their first home fixture of the campaign and after a tough battle the final score read 1-08 to 0-11 and then Dublin faced the long difficult trip to Derry and again came away with a share of the spoils in a thrilling encounter with the scoreboard reading 2-11 to 1-14 at the final whistle.

With only two rounds left Dublin needed to keep their destiny in their own hands so a win against Laois was vital.

A late change to the venue due to an unplayable pitch didn’t upset the rhythm though and the metropolitans took the league points on offer on a scoreline of 1-08 to 0-05.

So the maths were simple for Dublin in their last group game, beat Armagh at home and a semi final place was assured.

And beat them they did in a high scoring game in the GAA National Development Centre In Abbotstown with the final score 3-15 to 2-08.

Dublin opponents tomorrow Westmeath also arrive into the semi final unbeaten with four wins and a draw from their five group games.

A trip to face Antrim in the next round was a real battle and ended in a draw with the final score 2-09 apiece.

Next up was a comprehensive win over Wexford by 5-13 to 0-03. That left a last round game against Cork in a game that would see the winners top the group table.

It was a game befitting a meeting of the best two teams in the division and it was Westmeath who just came out on top thanks to scoring the only goal of the game to claim the win by 1-10 to 0-10.

Dublin and Westmeath know each other very well as both counties have met numerous times in the league over the last number of years.

The added spice for tomorrow is that their last meeting was in last years All Ireland Final a tight battle that Westmeath came out on top in.

Revenge for that defeat will surely be on the minds of the Dublin players and with a final place up for grabs it promises to be a tense and physical encounter and there will be little in it at the end.

With a number of additions to the Dublin panel have improved from last season. Looking at both groups on paper the girls in blue look to have come from the group with the larger number of better teams.

Games though are not won on paper and these knockout games can take on a life of their own.

but the improvements shown by Dublin this season, particularly their ability to score goals which they did in every single group game and be extremely difficult to break down would point to a win by a couple of points for the girls in blue.

DUBS LOSE OUT BY A SINGLE SCORE IN SPIRITED CAMOGIE LEAGUE...