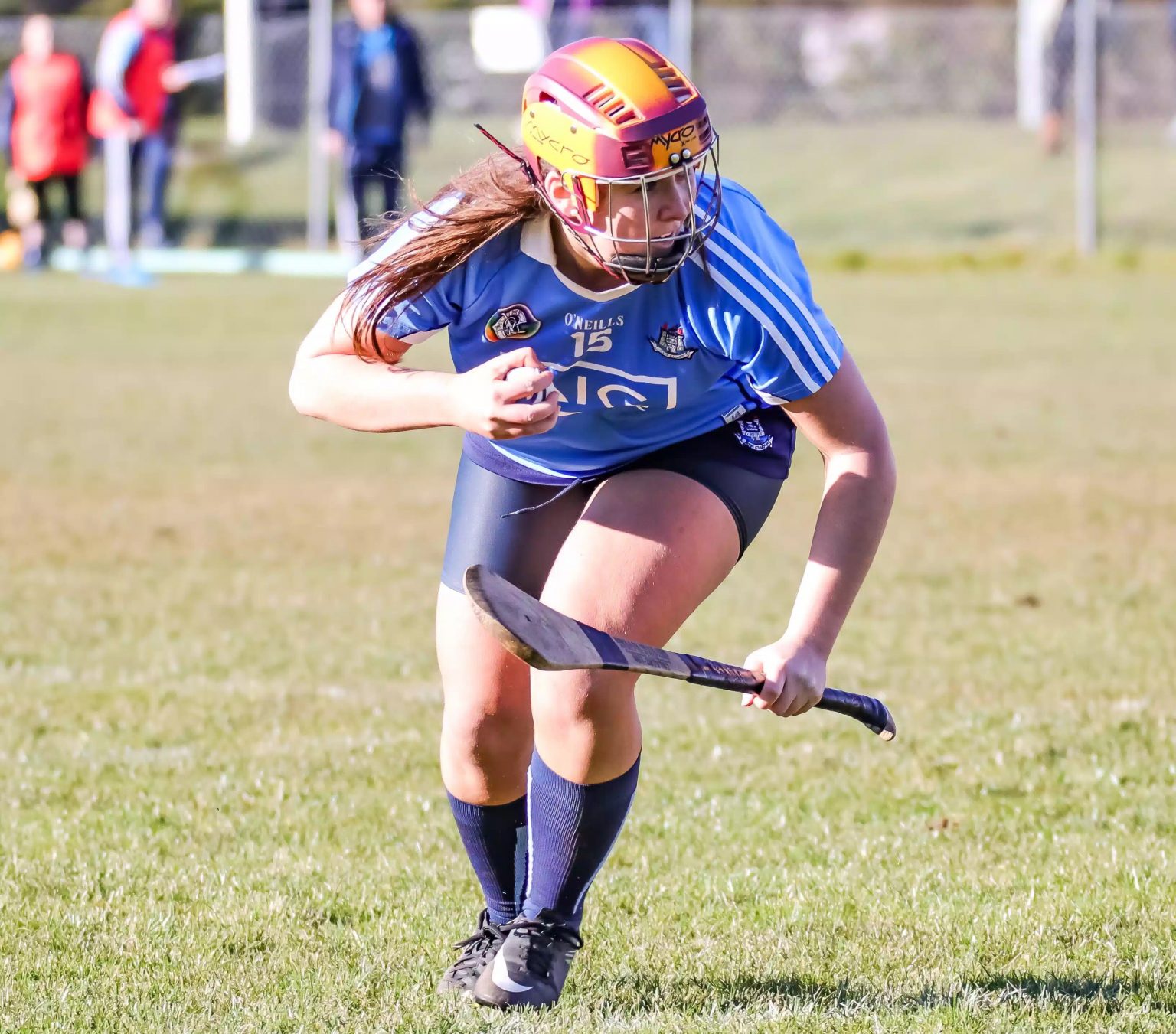 A fantastic team performance from Dublin saw them through to an All Ireland semi final with a convincing ten point win over Roscommon on Sunday afternoon.

One clear trait from watching this Dublin team so far this season has been their savage work rate both on and off the ball and they are getting their rewards for it as well.

Within seconds of the throw in Dublin had the ball in the back of the net and a perfect start as they looked to secure their passage through to the semi finals.

Two superb hooks by full back Deirdre Johnstone won back early possession for the Dubs in the opening seconds.

Johnstone drove the ball down field to allow Caragh Dawson a crack at goal.

Her shot was well saved by Roscommon captain Caroline Connaughton before Laoise Quinn drove the rebound low and into the back of the net.

Both teams battled hard for possession over the next ten minutes. Dublin had most of the sliothar but dropped two attempts short and into the keepers hands through Aoibhe Dillon and Louise O’Shea.

Dublin’s free taker Dillon didn’t have too long to register her first score with a free minutes later before a Hannah O’Dea score put the Dubs five in front.

Roscommon battled hard for the ball but were struggling to find a link between midfield and the forwards once they got hold of it.

The first score of the game for the home side came the way of Shauna Fallon with a routine free right in front of the posts and it seemed to really settle Roscommon as three of the next four scores came their way.

Scores from the impressive Susan Spillane, Shauna Fallon and a fine individual effort from Laura Fleming left just two points on the scoreboard.

Another routine Aoibhe Dillon free left a difference of two points between the teams heading in at half time. Dublin 1-03 Roscommon 0-04.

Changes from the bench ensured the girls in blue finished the game strongly and convincingly on the scoreboard.

The most notable moment in the second half came with fifteen minutes remaining on the clock.

A well deserved and warm reception from the stand greeted long term absentees Aoife Bugler and Sinead Wylde as they made their return to action for the Dubs. A lovely moment for both players after a lengthy spell on the side line through injury.

It was an instant impact from both players’ minutes after gracing the field of play.

Great vision from Aoife Bugler saw her palm the ball over the head of the onrushing goalie to the unmarked Aoibhe Dillon in front of goal to increase Dublin’s lead to nine points.

Bugler then added a point of her own before Sinead Wylde got herself a fine score from distance just minutes before the final whistle to give Dublin a ten point victory on a scoreline of 2-09 to 0-05.

Dublin can now look forward to an All Ireland semi final date on August 18th.

Roscommon will travel to the Athletic Grounds in Armagh as they look to secure their place in the All Ireland semi final as well.