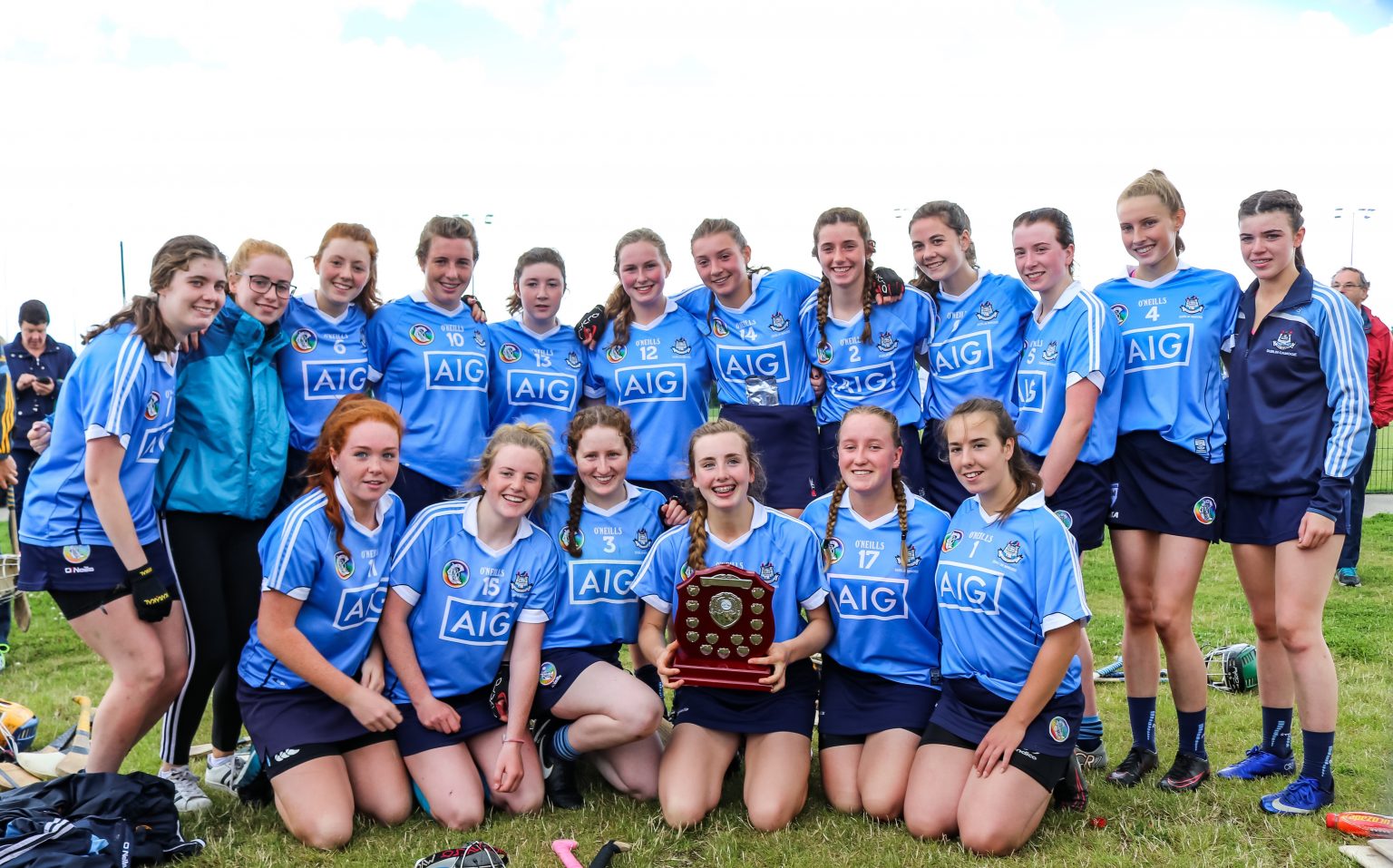 The Carlow GAA Training Centre in Fenagh was the setting last Sunday for the meeting of the Dublin Minor A Camogie squad and their counterparts from Wexford in the Leinster Minor A Shield Final.

Dublin all but won the final in the opening half with a powerful display of attacking prowess and built up a twelve point to no score lead in the opening quarter of the game. 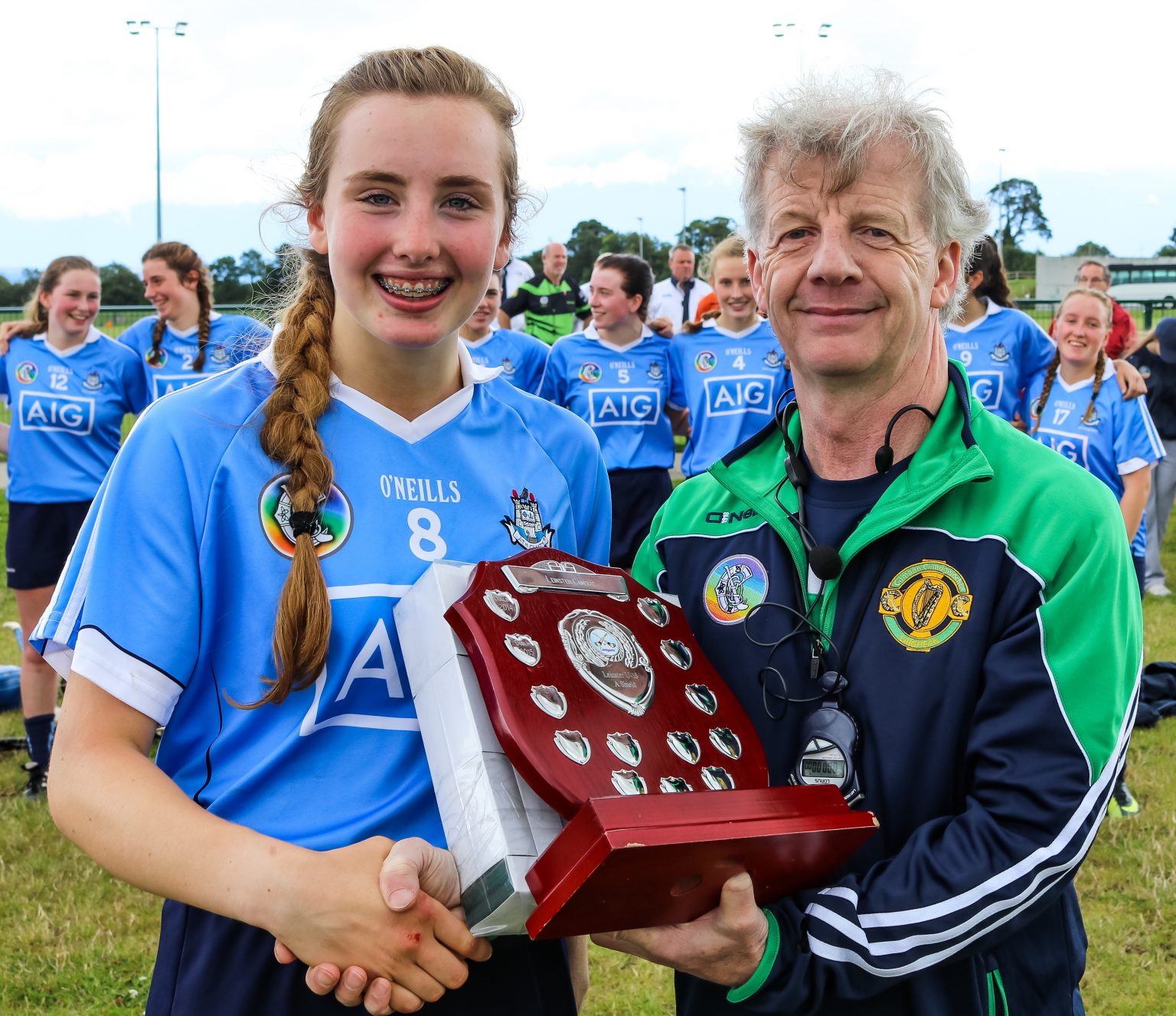 Ten of those opening dozen points all came from play scored by Kerri Finnegan with three, Alix Buckley and Eimear O’Leary with two apiece and Ciara Holland, Sinead Wylde and Jessica McClelland with one each.

The other two points came from a free and a ’45’ which Ciara Holland easily dispatched to bring her total to three points in the first 15 minutes.

Wexford were all at sea and struggling to get anything going up front, but they were thrown a helping hand in the 16th minute when Dublin failed to clear the ball and Orla Fortune swept the ball over the line for the first goal of the game. 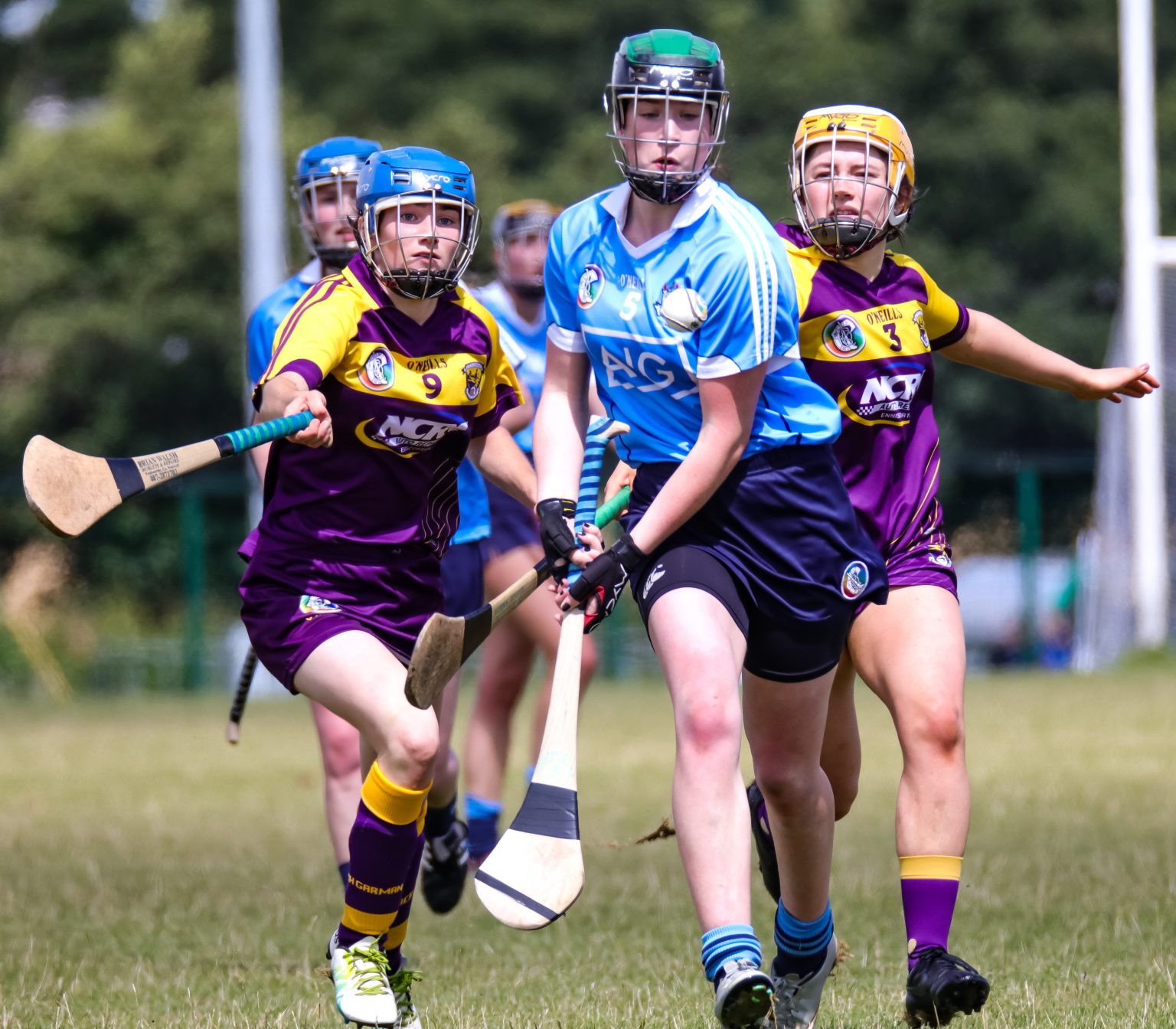 Dublin quickly wiped that score out with three quick fire points, two excellent strikes from play from Jessica McClelland and Ciara Holland continued her excellent start to the game with another well taken free.

With nine minutes to the break Wexford finally got their second score of the game with a point from Lettie Whelan.

Dublin’s dominance of the final though continued and they hit four unanswered points, Ciara Holland with two, one from a free and the other from play and Eimear O’Leary and Alix Buckley added their third points of the final with a brilliant strike each. 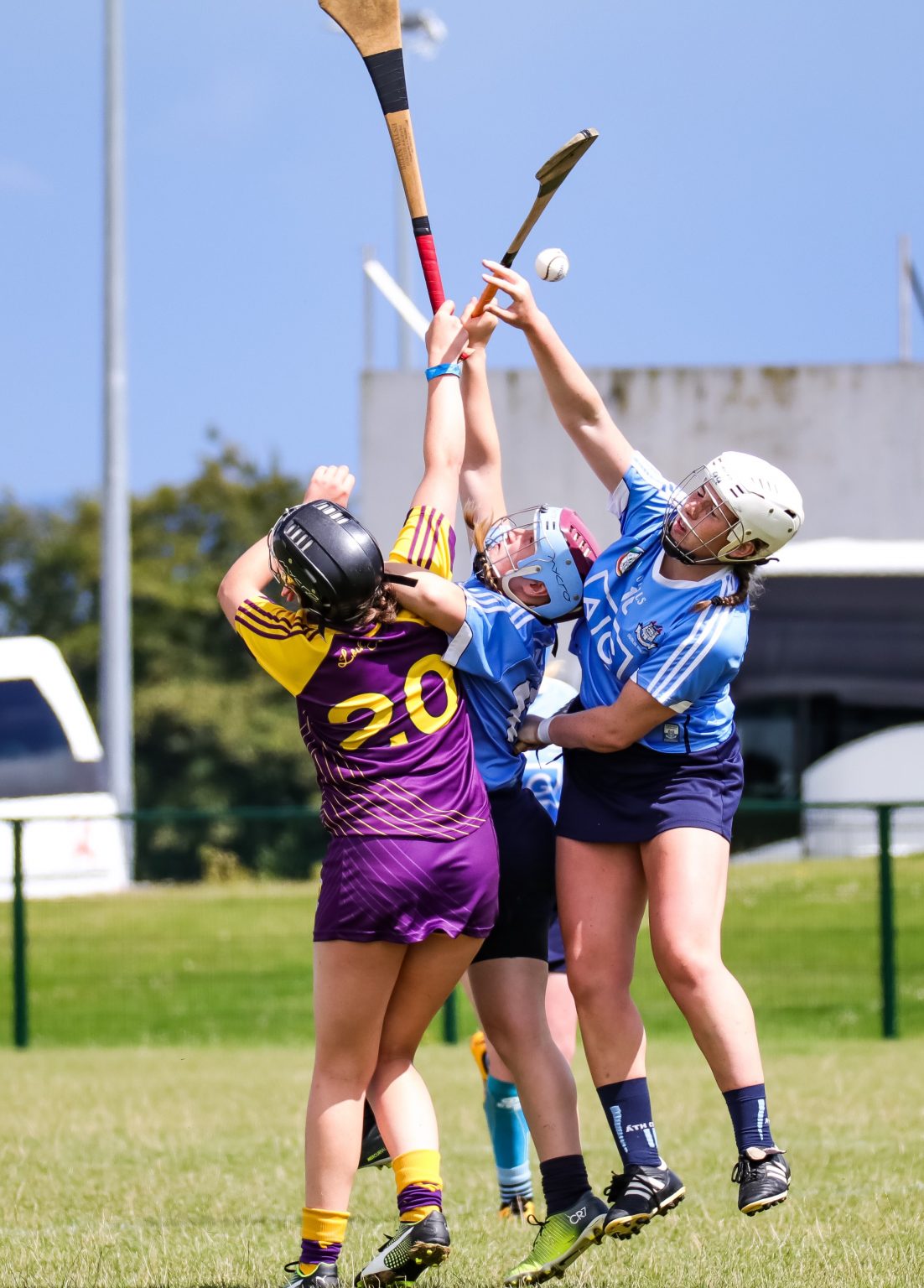 Two minutes from the short whistle and sloppy play from Dublin gifted Wexford another goal scored by Derbhla Doyle. But the girls in blue made amends thirty seconds later when Ciara Holland who was having a splendid game, buried the ball to the back of the net.

In injury time Wexford pulled a point back from Aoife Guiney, but at halftime with the scoreline 1-19 to 2-02 in Dublin’s favour the girls from The Model County needed a miracle.

The sides swapped points in the early exchanges of the second period, Sinead Wylde for the young Dubs and Lettie Whelan with a successful free attempt for Wexford. 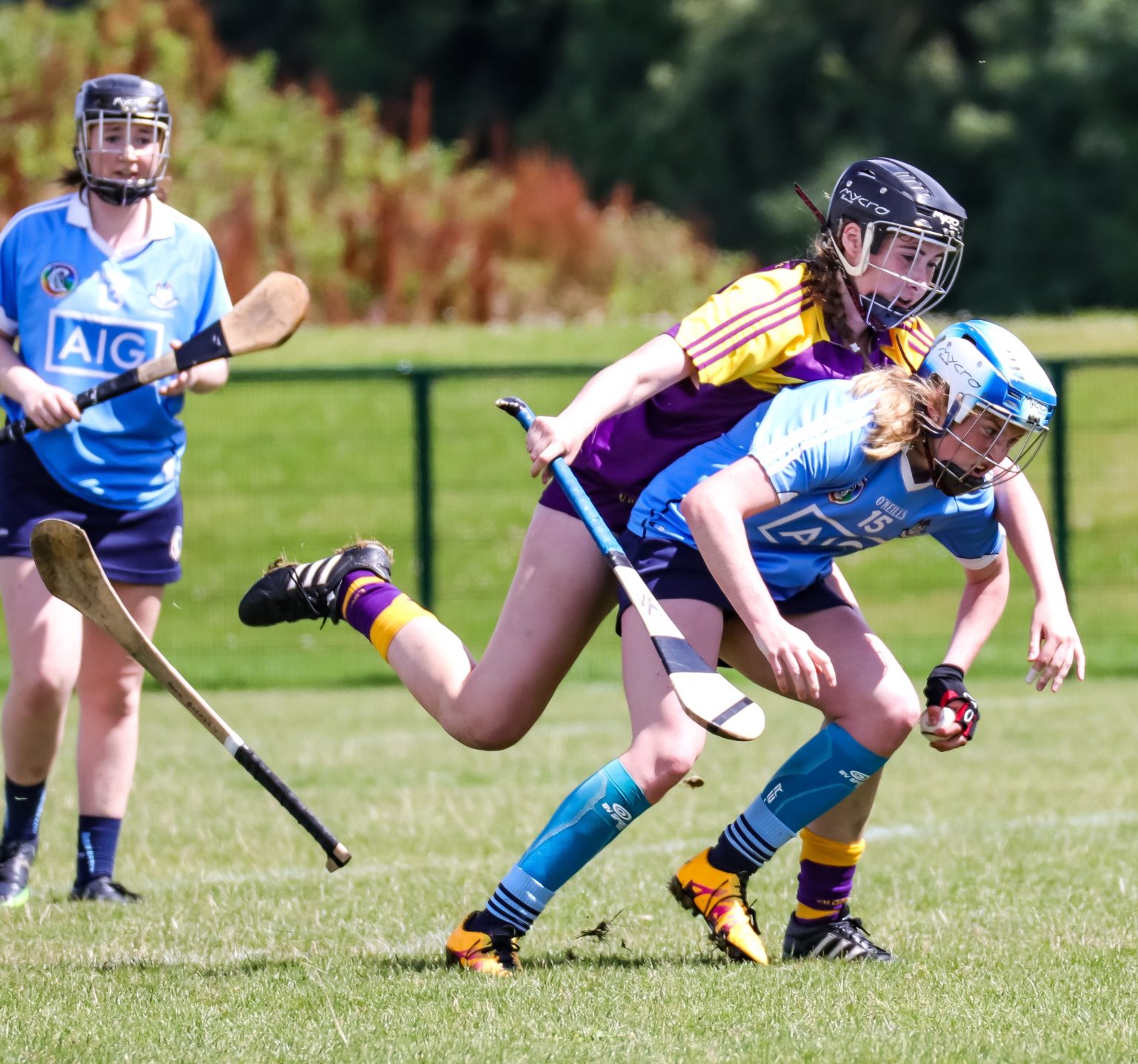 By the 47th minute the game was completely gone for the girls from the southeast coast. In the 40th minute Chloe Mullen stretched the Sky Blues lead with a good point and in the next attack the Dubs were awarded a penalty and although she faced three players on the line, Niamh Rock hit a rocket to the right corner of the net.

Sinead Wylde added her third point of the final to leave sixteen points between the sides with thirteen minutes left and at that stage it just looked a case of how much Dublin would win by.

But with such a big lead the metropolitans intensity levels dropped and they got a little loose at the back gifting Wexford two goals in a four minute spell that were put away by Orla Molloy and Aoife Guiney. 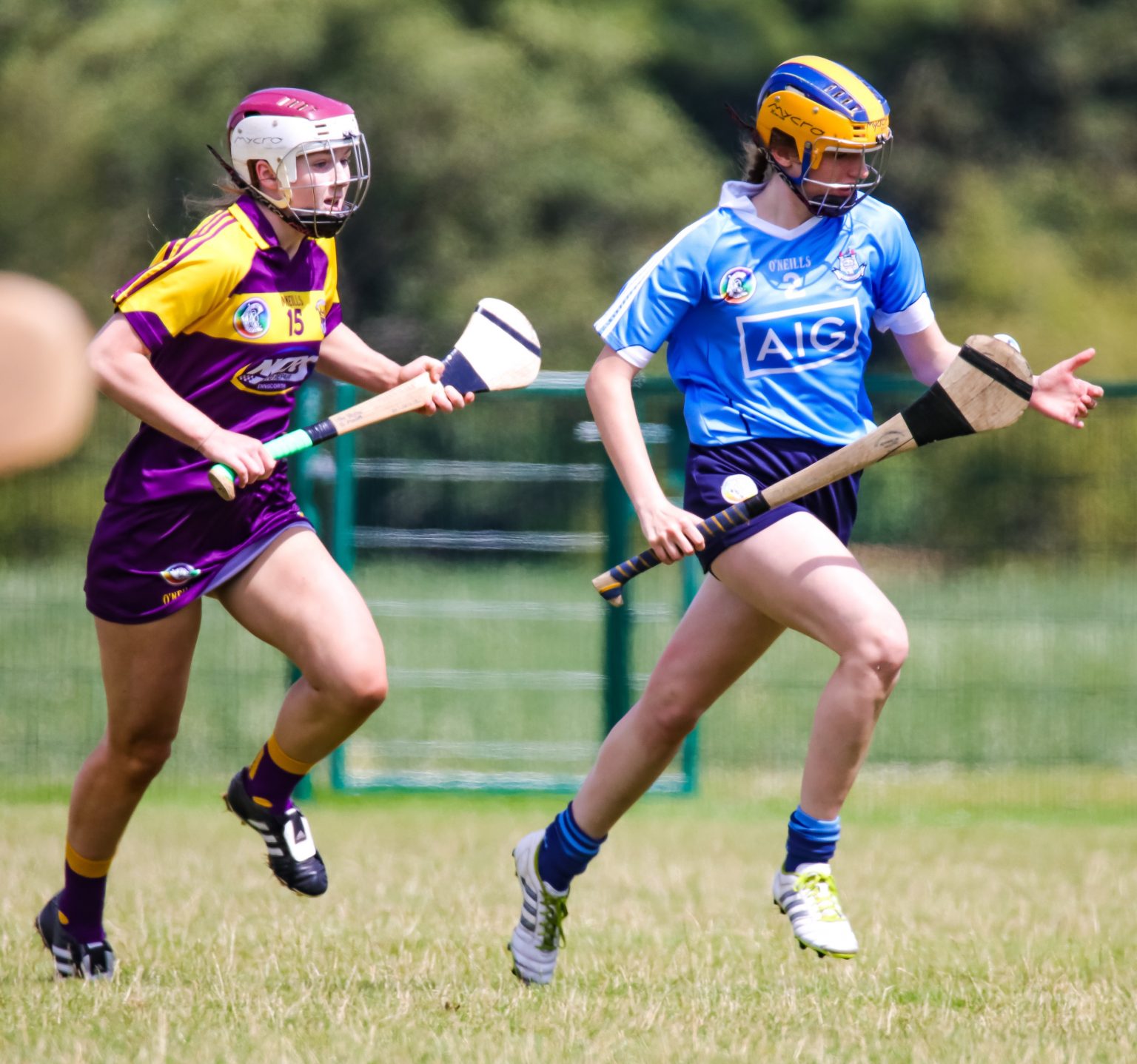 There was still eight minutes to play but Wexford failed to capitalise on the Dublin generosity only adding a point from Aoife Guiney as the game headed into injury time.

There was still time for a little drama before the full time whistle, Ciara Holland who finished as top scorer in the final dispatched two quick fire frees in the space of a minute straight over the black spot.

The final action of the game took place in the Dublin square, Wexford were awarded a penalty but with the game gone from The Model County and a goal doing nothing more than putting a gloss on the final scoreline, Aoife Guiney nonchalantly struck the penalty over the bar for a point and Dublin ran out deserving thirteen point winners and Leinster Shield Champions. 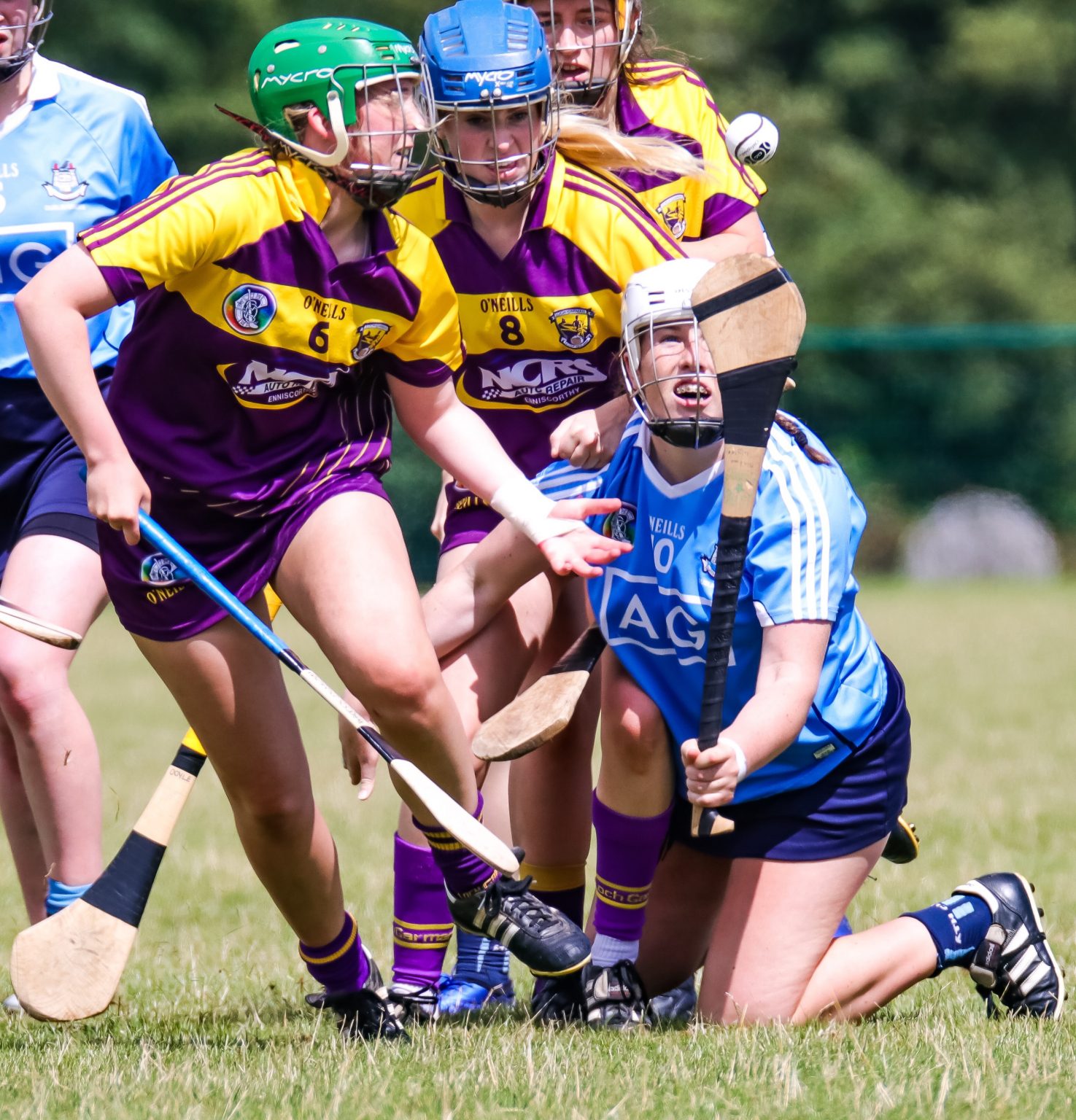 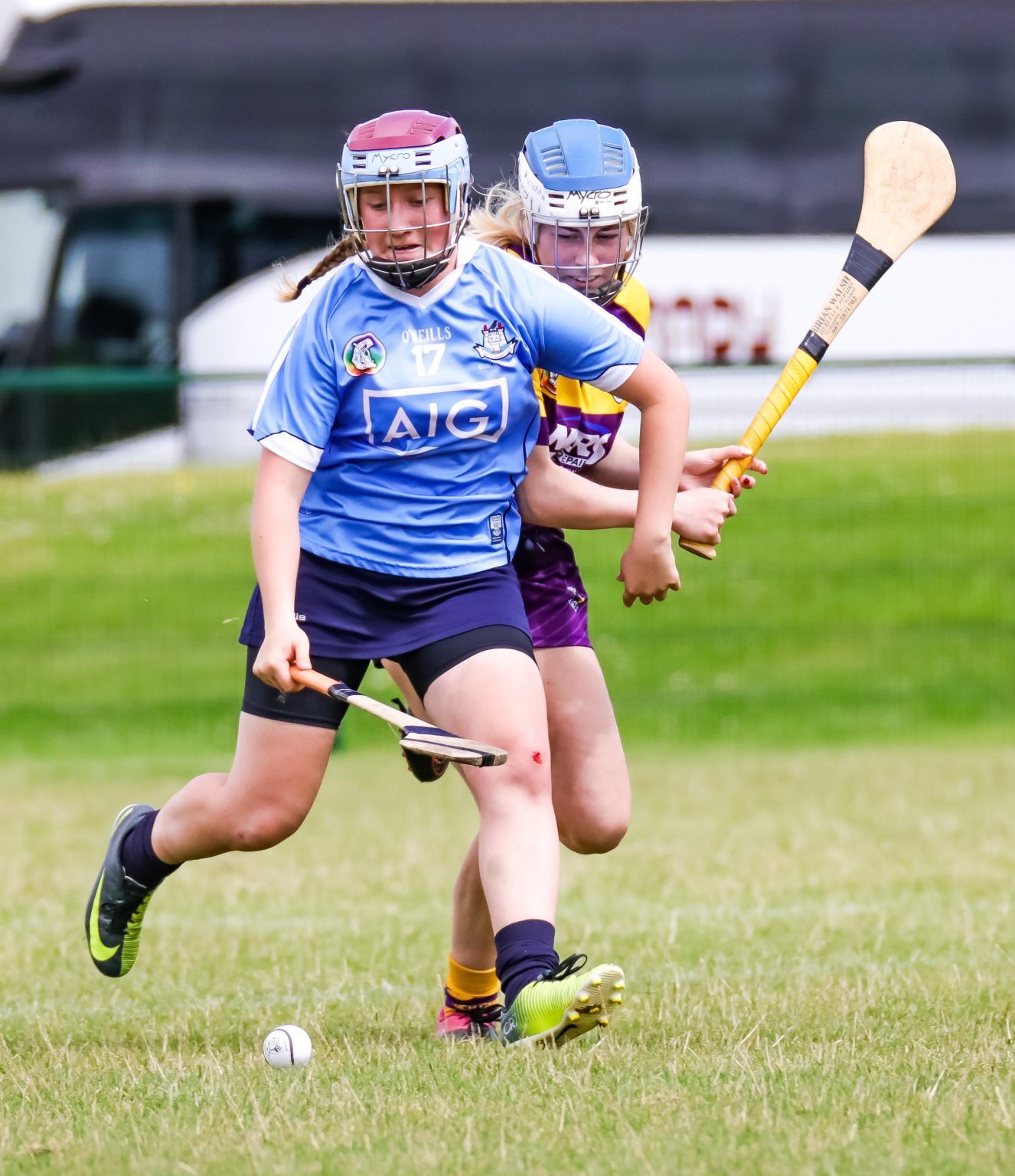 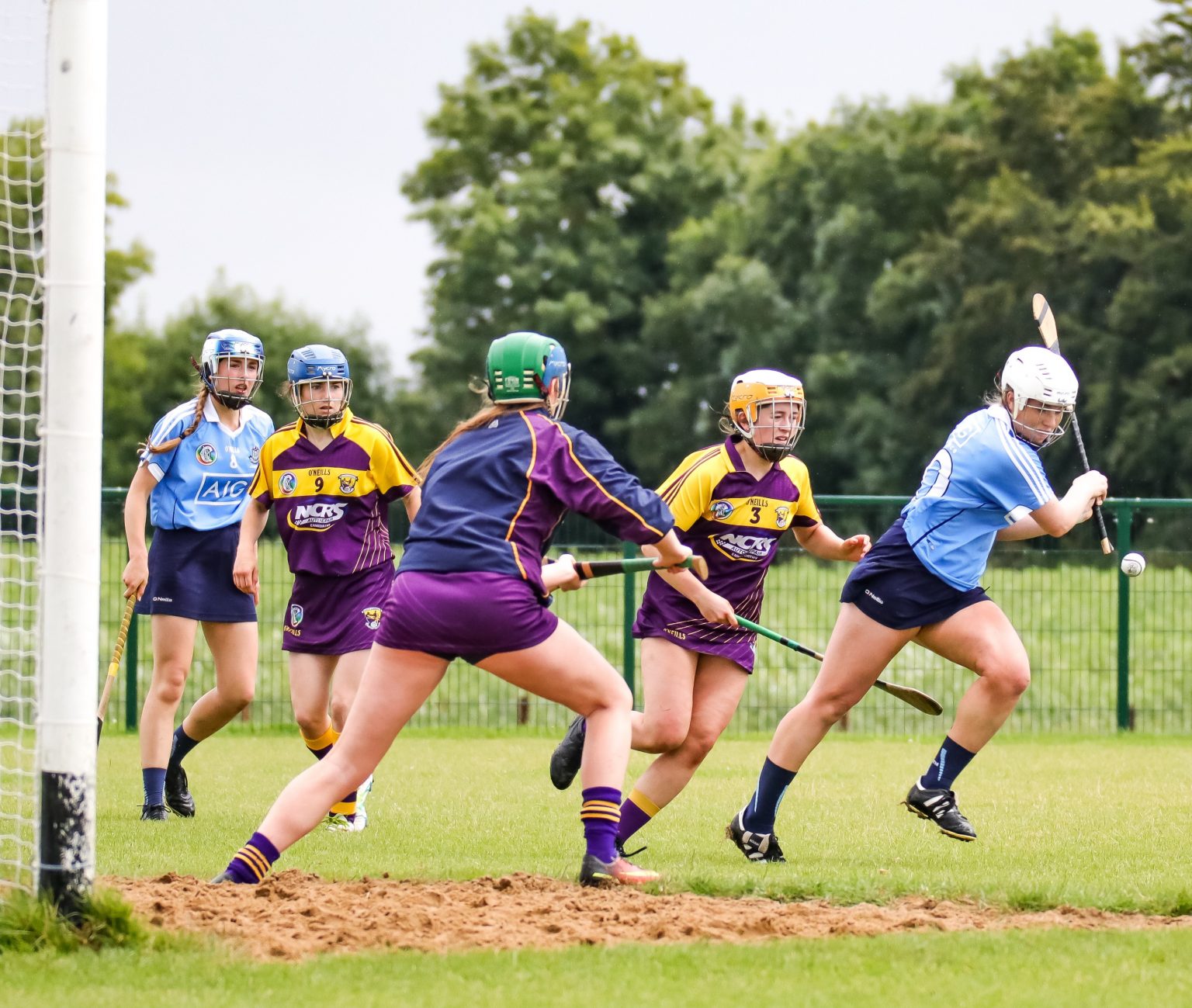 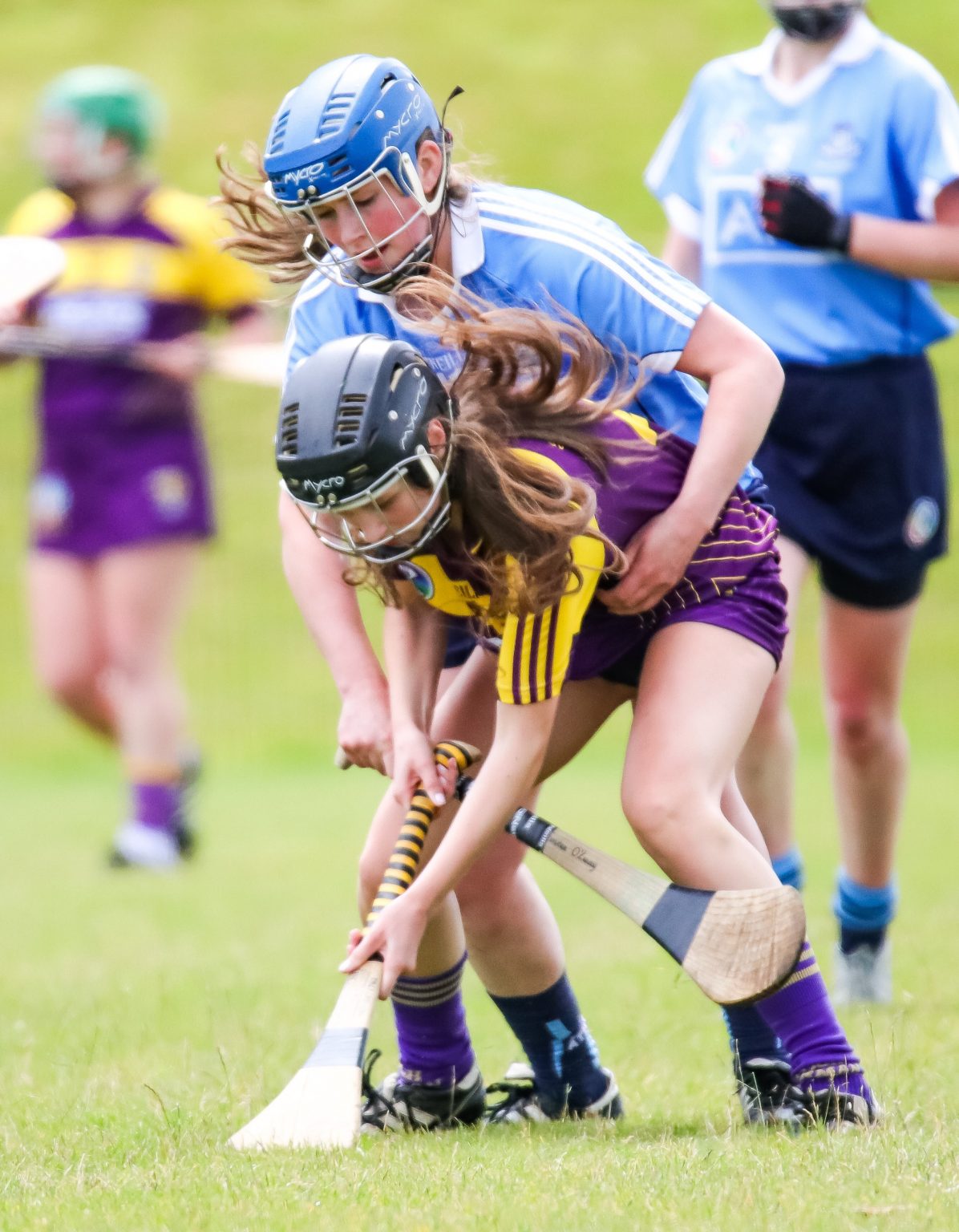