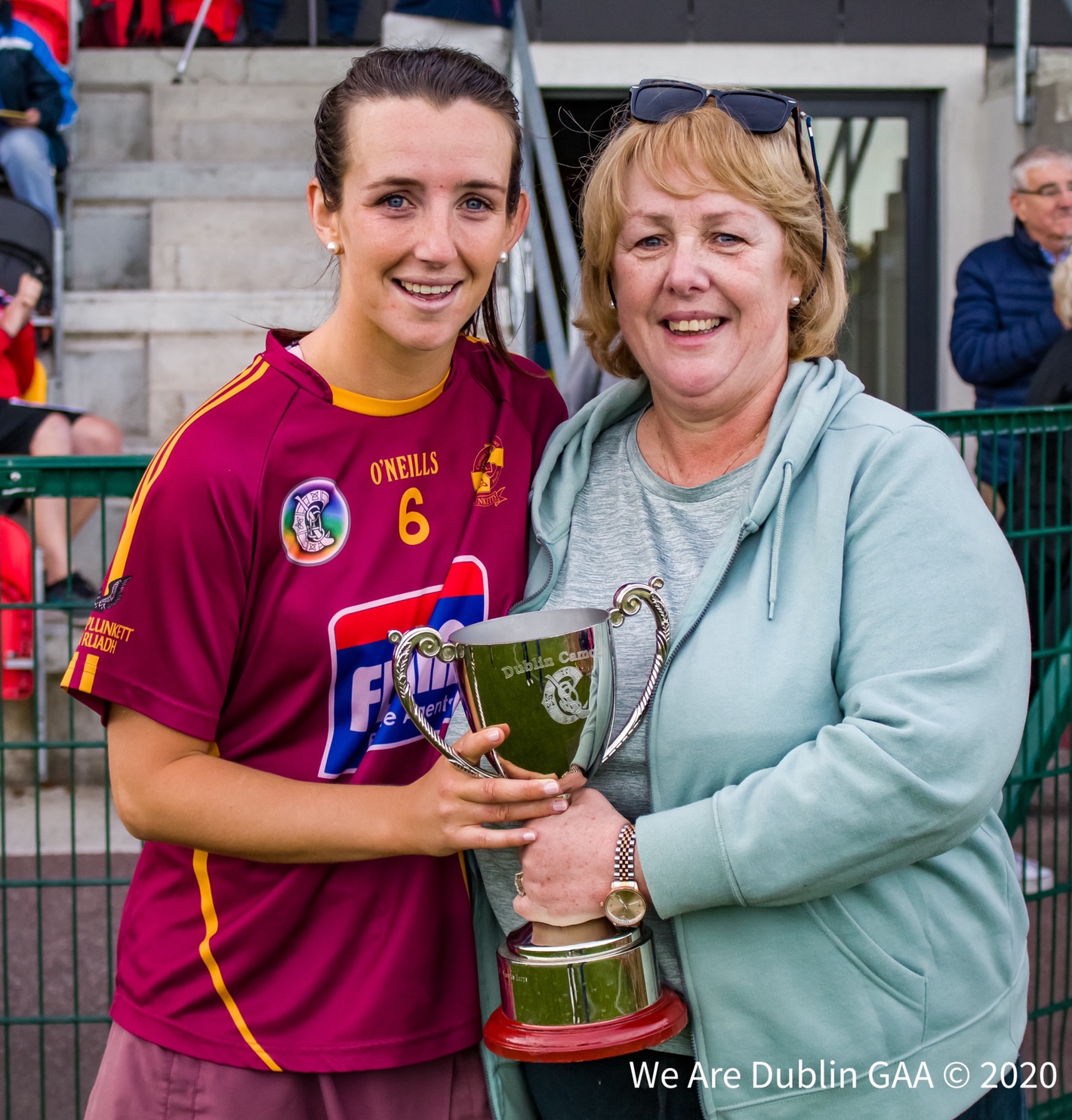 Plunketts dominated the Senior 2 Final from start to finish and the scoreline at the finish wasn’t a true reflection of the game.

The two late goals for Cuala and the ten wides for Plunketts against the two for their opponents gave the impression of a much tighter contest than it actually was.

Plunketts win was based on a solid defence, quick accurate passing and support play and the clever isolation of lethal full forward one on one with the Cuala fullback.

Captain Aisling Carolan moved between the defence and attack to great effect, Caoimhe Ní Mhaolagáin provided the cover between the half-back and full-back lines, Jody and Zoe Couch dominated the middle third and up front Player of the Match Rebecca Keating covered every blade of grass and had her hand in a number of the Plunketts scores.

The ploy of leaving plenty of space in front of full forward Aoife Bugler worked a treat as Bugler’s ability to get out in front and turn her marker yielded a hat-trick of goals from the lethal forward.

For Cuala the runs of Jennifer Dunne caused problems for the Plunketts reargurd and Sinead Wylde was the Dalkey outfits standout player and did her best to drag her team back into the game.

Plunketts got off to the perfect start to the game in the opening minute when a point attempt from Jody Couch dipped under the bar and Cuala goalkeeper Clodagh Sheehan misjudged the flight and missed her effort at batting the ball down and it nestled in the corner of the net.

A minute later and the ever busy Rebecca Keating extend the lead to four with an excellent point from play. The Navan road side were completely dominating the possession but failed to capitalise hitting three attempts wide.

That allowed Cuala to get a foothold in the game, a seventh minute converted free from Blaithin Lane was followed by points from Sinead Wylde, Jennifer Dunne and Juliette O’Flynn to draw the teams level with eight minutes to the break.

And seconds later despite enjoying the bulk of the possession early on Plunketts found themselves behind by three when Sinead Wylde struck gold and found the back of the net.

St Oliver Plunkett Eoghan Ruadh’s twenty six minute barren scoring spell was finally ended in the 28th minute when Aisling Carolan split the posts from a 45’ to leave two points between the teams.

The tactic early on from Plunketts was to isolate full forward Aoife Bugler one on one with Cuala fullback Eleanor Moore. A combination of good defending and a little luck had curtailed that tactic of reaping rewards.

But that changed in the 29th minute, Bugler got out in front of her marker and headed towards goal, with just one thing on her mind she rattled the back of the net and Plunketts regained the lead. 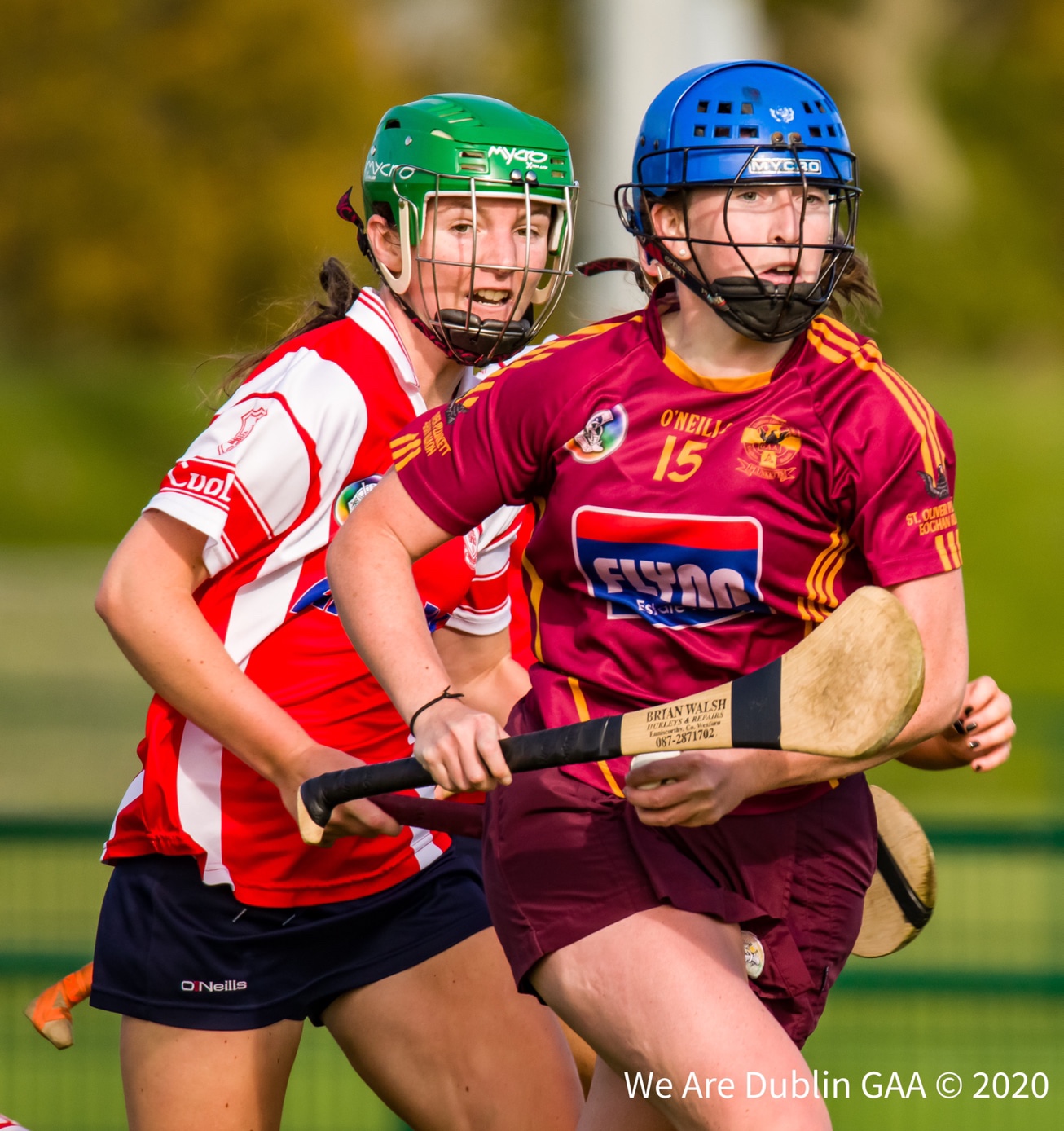 Two quick points seconds apart from an Aisling Carolan free and a nice effort from play by Jody Couch gave Plunketts a three point advantage at the break with the score 2-04 to 1-04.

That lead was doubled two minutes into the second half when a long ball was played into Aoife Bugler who once again made no mistake in front of the posts to grab her second goal.

Cuala needed a response or this final was going to run away from them even this early in the second half. Sinead Wylde obliged with two points in as many minutes, one from a free and one from open play.

Plunketts although enjoying plenty of possession where once again finding it difficult to find their range and their next two efforts drifted wide.

Sinead Wylde pounced again with another converted free to leave just a goal between the sides with thirteen minutes left in the game.

A point effort from Sinead Wylde in the 49th minute drifted wide, just Cuala’s first wide of the game.

Just a minute later and the Plunketts lead was pushed out to four with an excellent point from Ciara Carolan, sister of captain Aisling, who cut in from the left hand side to angle a shot just inside the right hand upright.

Aisling Carolan operating in a more advance position stretched the lead further with a point from the right and it looked all over with five minutes to go when Aoife Bugler scored her third goal of the contest.

A point from Sinead Wylde was cancelled out by an Aisling Carolan converted free as the clock ticked to the 58th minute.

Cuala though weren’t about to lie down and accept their fate and they gave it a last push. In the final minute of normal time Plunketts failed to clear the ball in their backline and Sinead Wylde made them pay by burying the ball to the net.

Two minutes into injury time and Cuala won a 45’, Blaithin Lane swung the ball high towards the square and number of players rose to contest the ball but it missed them all and landed in the right hand corner of the net to leave just two points between the teams.

Having dominated the majority of the game minds swung back to those ten wides Plunketts had accumulated and the hope was they weren’t going to be left to pay for those missed efforts late on.

But the ball was worked up field and Aoife Bugler settled the nerves with well struck point and St Oliver Plunkett Eoghan Ruadh deservedly celebrated seconds later winning the We Are Dublin GAA/Dublin Camogie Senior 2 title. 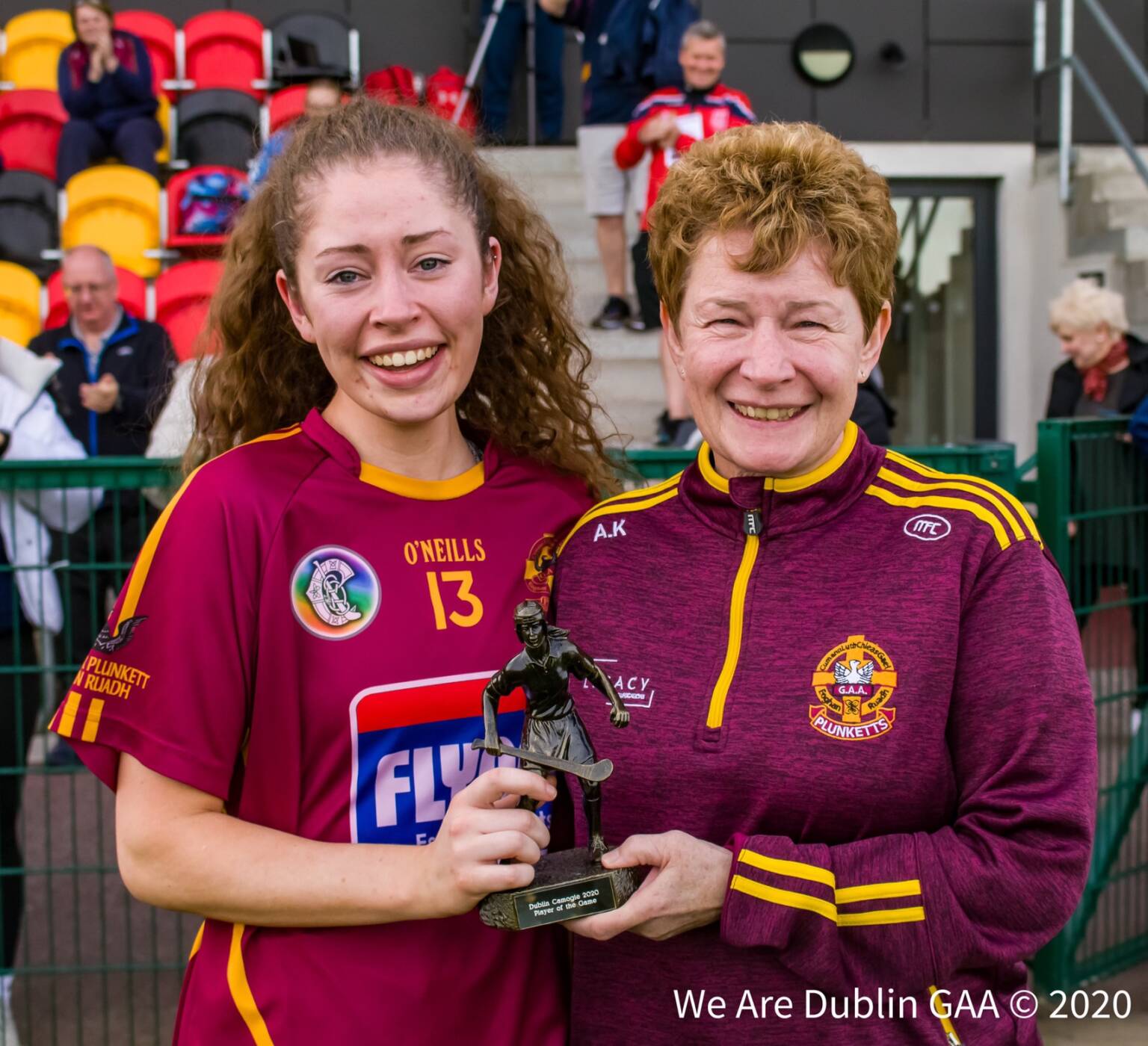