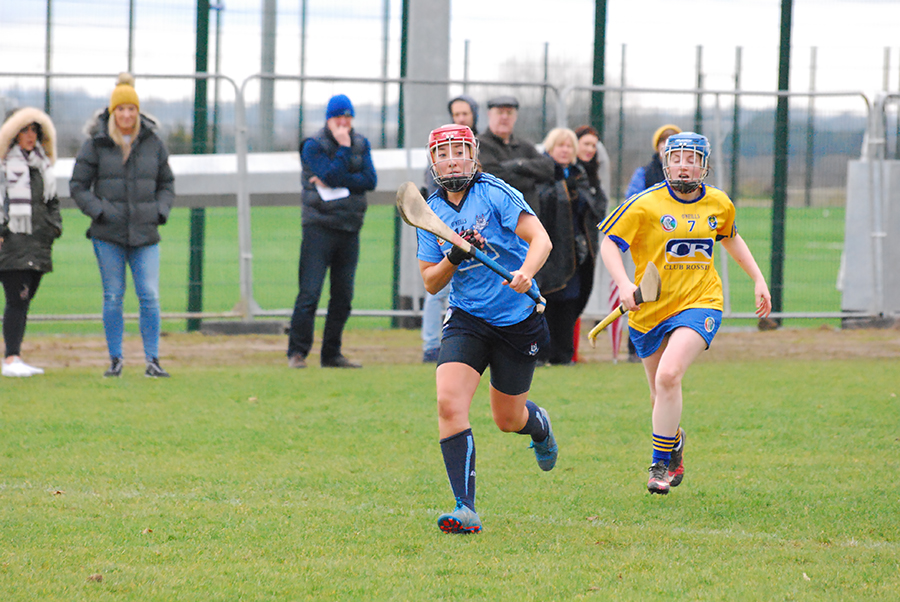 Goals from Aoife Bugler and Laoise Quinn made a massive difference to Dublin’s Premier Junior Division 3 opener against Roscommon this afternoon.

A huge performance from a relatively new panel showed amazing character and composure today, playing every ball right up to full time.

Within five minutes of play, Dublin were 0-03 ahead with some impressive scores from both Ciara Carolan and Laois Quinn, either side of a Roisin Drohan 45’. And it was in the tenth minute before Roscommon’s scoring machine Kelly Hopkins opened her account from a free.

But the girls in blue response was anything but down beat. And Aoife Bugler stretched her hurl to catch a dropping ball from a free, sent in from the wing to raise Dublin’s first green flag.

The Rossies upped the tempo and got into possession for a spell and took the game to Dublin. Points from Hopkins and Susan Spillane closed the gap and a tap in on 22 minutes from Hopkins for the goal drew the game level. 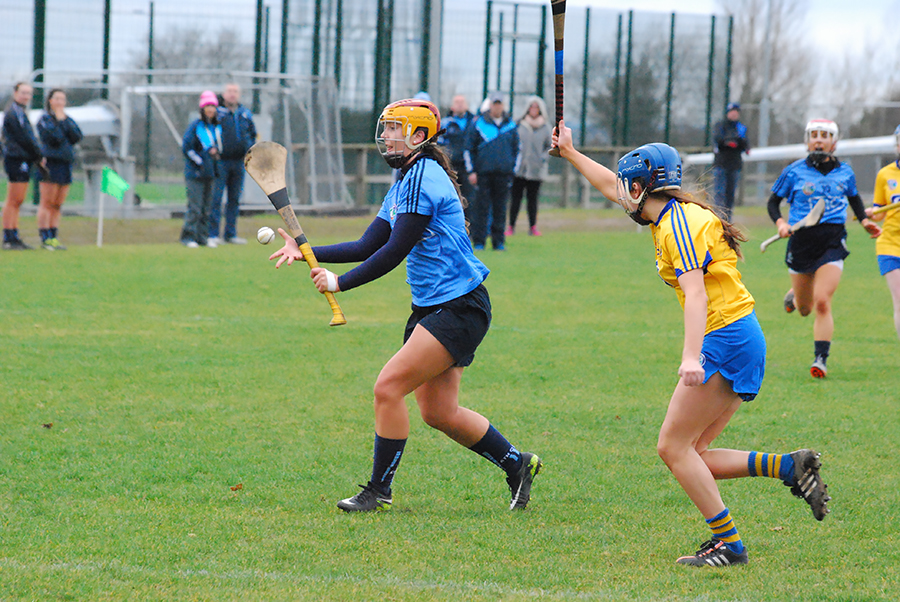 Kelly Hopkins put Roscommon into the lead for the one and only time a minute later and traded points with Emer Keenan and Laoise Quinn to share the spoils at the break.

With the second half underway, both sides played very defensive to see who would break first. But Dublin seemed to have figured out Kelly Hopkins and the midfield pairing of Roisin Drohan and Caoimhe Ni Mhaolagain kept the threat under control. Some outstanding play from Dee Johnstone, Emma Barron and Ciara Buchannan helped Dublin’s defence mop up the pressure.

At the other end the attack was even more effective. Caragh Dawson opened Dublin’s second half account with a wicked run and an even better point.

The game had literally turned blue, as Dublin went on the rampage. More scores from Laoise Quinn, Caragh Dawson and Emer Keenan were tagged on before Kelly Hopkins was to point a free, making it Roscommon’s only score of the half.

But just like the first Dublin responded emphatically, from a scuffle in the goal mouth, Laoise Quinn managed to get on the end of a loose ball and put it past substitute keeper Michaela Fallon in the Roscommon goal. 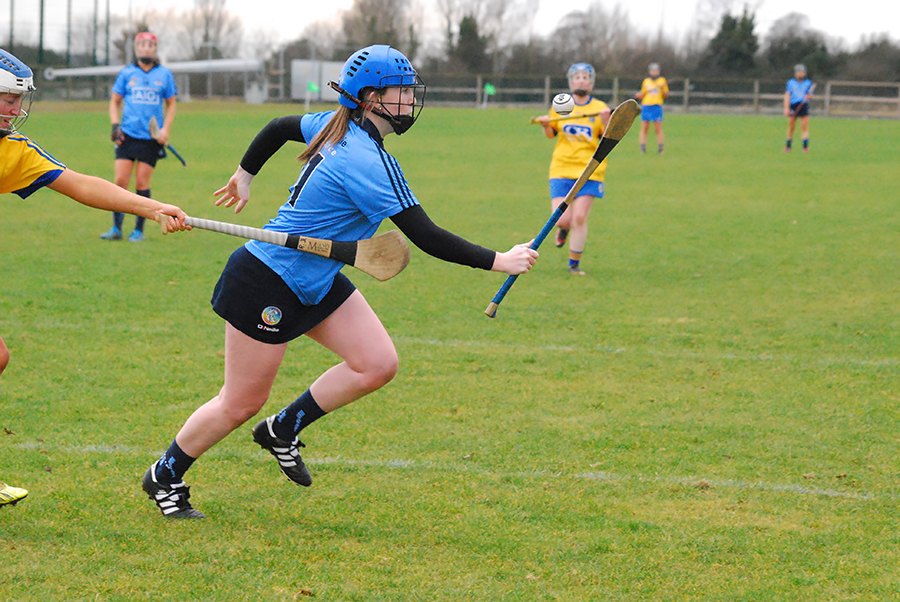 And that was to be the last score of the game, and put the tie out of reach of Roscommon, with Dublin winning comfortably by a 0-07 margin.

Dublin boss Shane Plowman and his backroom team will have been extremely pleased with this result and how the teamed played. The hard work definitely payed off. There wasn’t one bad performance anywhere on the field. And some outstanding skill and fight in abundance.