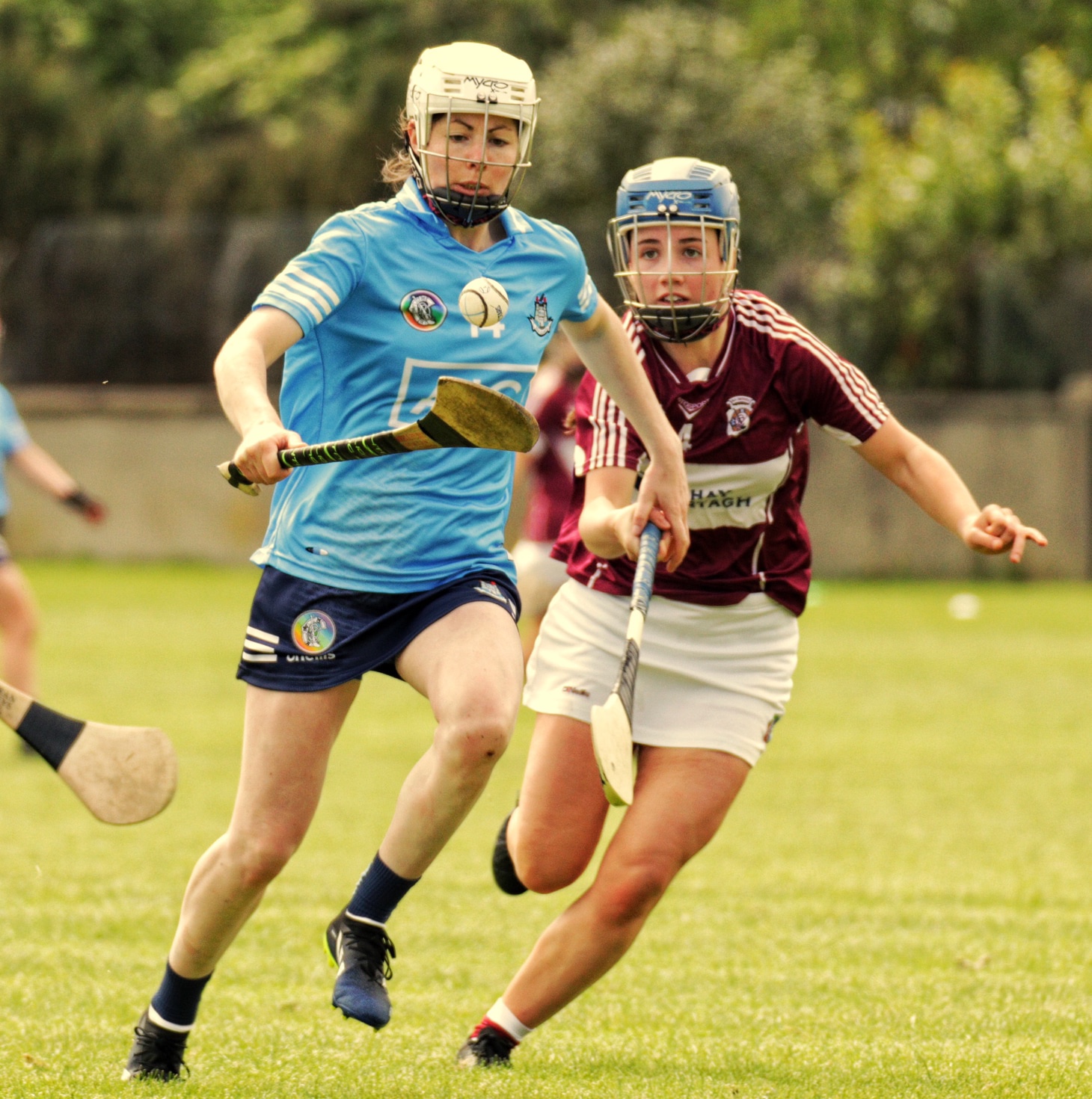 Westmeath were awarded a penalty with nine minutes remaining in the game, it looked a soft decision and indeed a free out for charging looked a more appropriate decision.

Five minute later Dublin’s Siobhan Kehoe collected the ball about 35 yards out and took off towards goal. As Kehoe entered the square three Westmeath players converge on her, Kehoe cleverly flicked the ball over the heads of the Westmeath players and went to turn inside and collect the ball but was blatantly taken out.

The referee though waved play on with Kehoe in a heap on the ground and needing attention from the physio. It was as clear a cut penalty as you could see and to compound the error even more Westmeath broke upfield and were awarded a free which Sheila McGrath converted and the Midlanders held on for the win by two points.

It was a cruel result for the young Dublin Intermediates side who didn’t deserve to lose the game, but there were plenty of positives for manager Dave Dunning to take away from the game.

His sides attitude was spot on throughout and it was a display full of tenacity, battling qualities and enthusiasm.

Dublin started the game a little nervous but Westmeath failed to take advantage with two quick wides in the opening minute. But the young Dubs settled into the game and by the ninth Monte led by two courtesy of two Ciara Holland dead ball strikes.

The more experienced Westmeath side who played in the Senior championship last season hit a purple patch and struck four unanswered points in a five minute spell to take a two point lead halfway through the opening half.

After the water break Dublin got on top and with ten minutes to the break the sides were level with the impressive Ciara Holland leading the sky blues charge.

Holland converted a free in the 19th minute and seconds later struck a beauty from play straight over the black as Dublin penned the Midlanders in their own half.

With four minutes to the short whistle Westmeath got their noses in front again thanks to a successful free effort from Shiela McGrath.

But Dublin struck gold with two minutes to go to the half-time break, a speculative shot at the Westmeath goal was parried to edge of the small parallelogram by goalkeeper Fiona Keating and Ciara Holland was in the right place at the right time to smash the ball to the net to give the Dublin Intermediates a two point lead at the break with tue score 1-04 to 0-05.

Westmeath came flying out of the blocks at the start of the second half and hit four points on the bounce to retake the lead.

An Aoife Doherty point seconds after the restart was followed by points from Meabh Scally and Aoife Boyle from play and a converted free from the impressive Hannah Core.

It might have been expected that the young inexperienced Dubs side could possibly capitulate but they showed they have the character and courage for the battle.

In the 46th minute Dublin worked the ball downfield, Siobhan Kehoe took the ball brilliantly under her control and hit a rocket to the back of the net and it was game on.

Four minutes later Kohoe almost grabbed a second goal, she collected the ball on the left, cut inside and unleashed a pile driver towards the top right hand corner of the net but the ball cleared the ball by center metres and she had to settle for a point and the Dubs led by two with ten minutes left on the clock.

But disaster struck a minute later when Westmeath were awarded a penalty, it was a soft decision from the referee. Up stepped Shiela McGrath who put just enough pace on the ball to evade the dive of Dublin keeper Dara Cooke who guessed the right way and the ball nestled in the back of the net.

In the 55th minute Siobhan Kehoe collected the ball about 35 yards out from goal, Kehoe took off towards the goal and drew three Westmeath players towards her, she cleverly flicked the ball over the players heads but was emphatically taken out of the game as she went to retrieve the ball.

It was a stonewall penalty but the referee waved play on even though Kehoe was left in a heap on the ground. I t was a double whammy for Dublin as Westmeath broke up field and were awarded a free which Shiela McGrath struck over the bar to secure a two point win for the Midlanders.