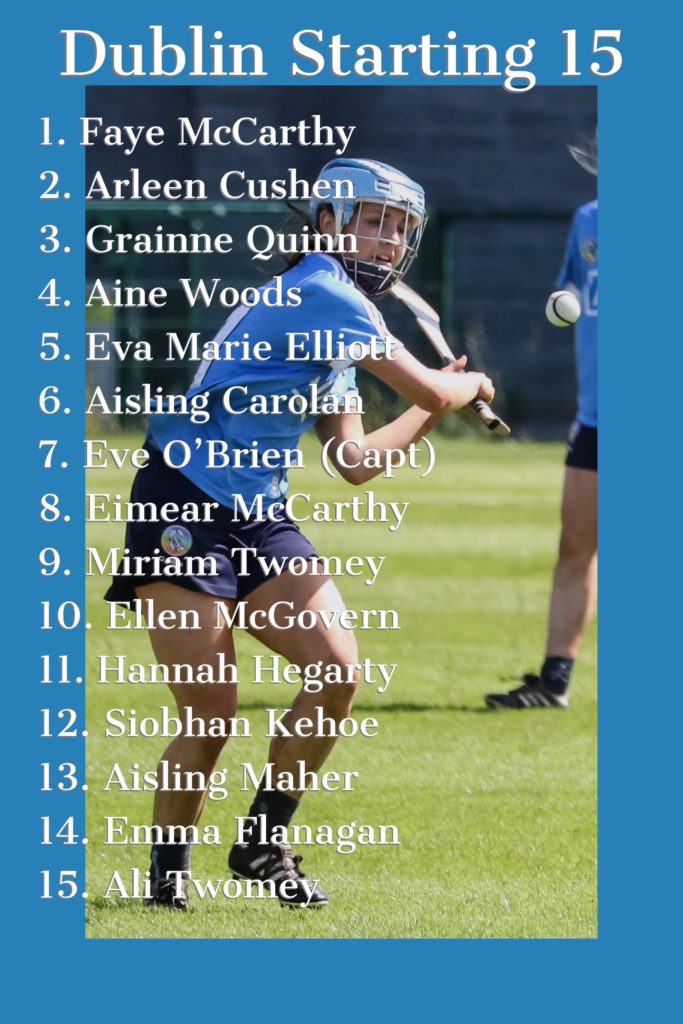 It’s as you were for Dublin as Senior Camogie manager David Herity has gone with the same 15 players that started last weeks game against Clare.

Dublin will head into the game in confident mood after last weeks victory and returning to the same venue they will be looking for a similar result.

This Saturday’s game will be Galway’s first outing in the 2017 championship and Dublin with a game already under their belts may be a little sharper than their opponents from the West and that could very well be one of the deciding factors as to where the points will go.

It’s set up to be an exciting and very interesting encounter between two very good sides. Galway got the upper hand in the corresponding fixture last season, but this is a new Dublin squad to that one and the tribeswomen will find the girls in blue a much different proposition this season to the one they faced last year.

The action gets underway in Parnells GAA Club in Coolock at 2:30pm and there should be, like last week, a big crowd in attendance.