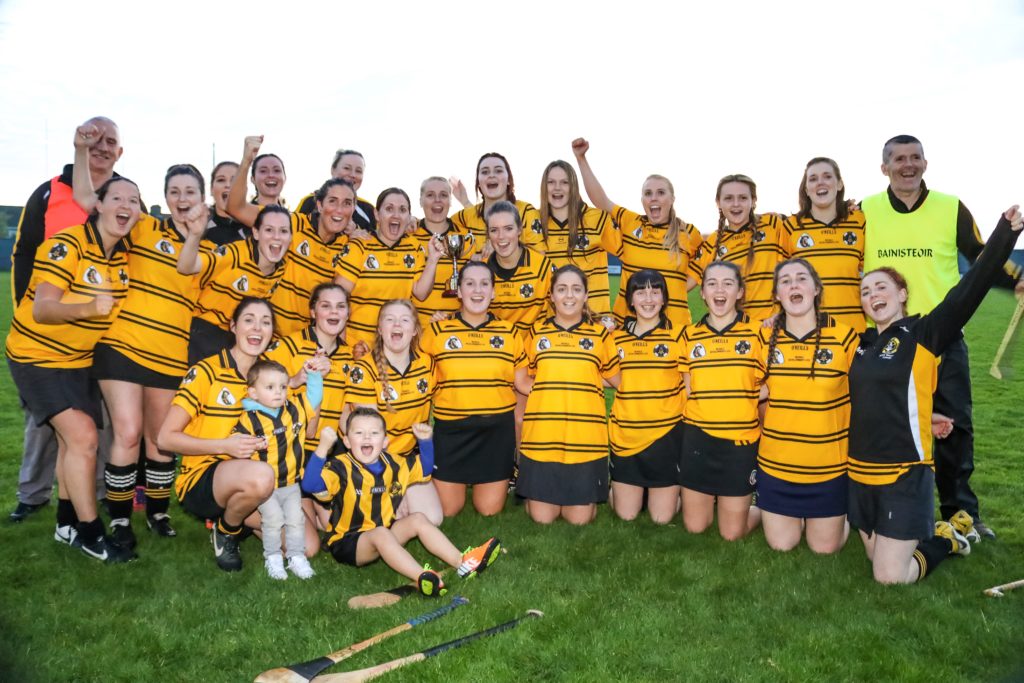 The final game played in Parnells GAA Club last Sunday was the We Are Dublin GAA Senior 6 Camogie Club Championship Final between Naomh Mearnog and Setanta and it was a thrilling game.

Right from the off everyone in attendance knew they were in for an exciting game to bring the curtain down on this seasons senior camogie club championship. There were plenty of players from both sides who gave top class auditions for the starring role. 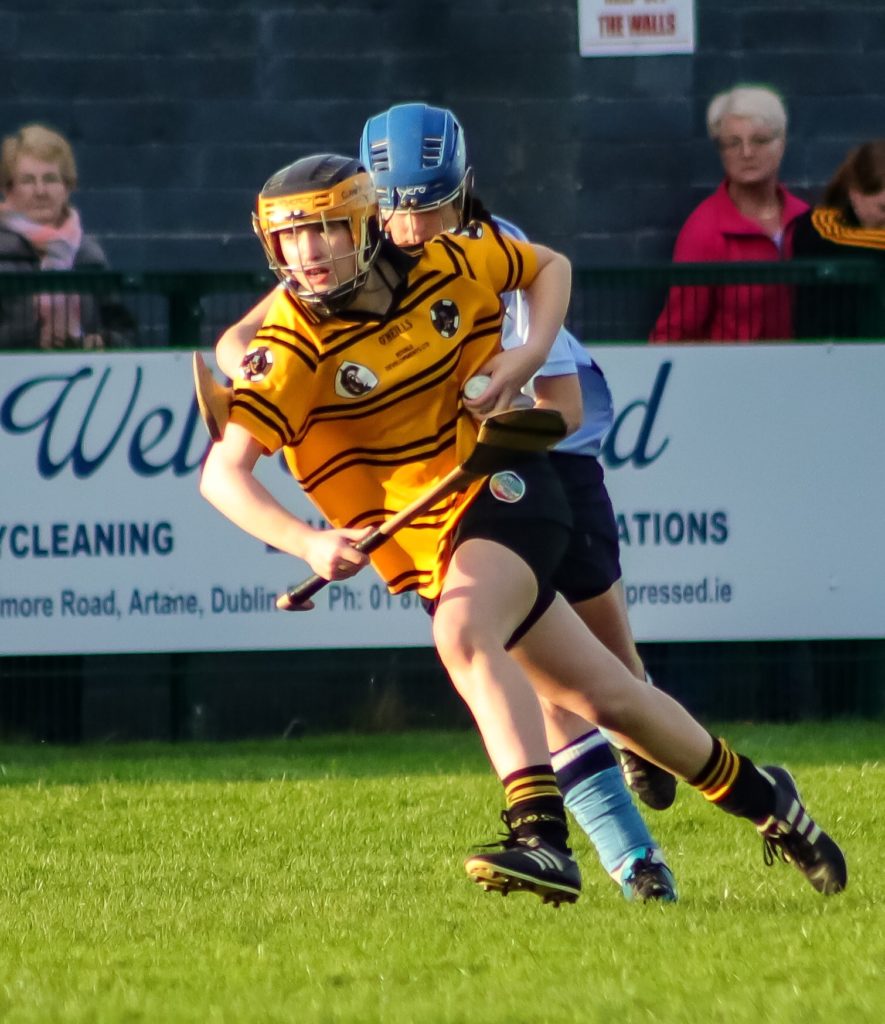 By the eleventh minute of the first half Mearnog’s led four points to two, Leanne Walsh with a brace and Aisling Kiernan and Claire McGowan with a point apiece for the Portmarnock side and the Setanta points came from the hurl of Rebecca Doherty with two well taken frees. 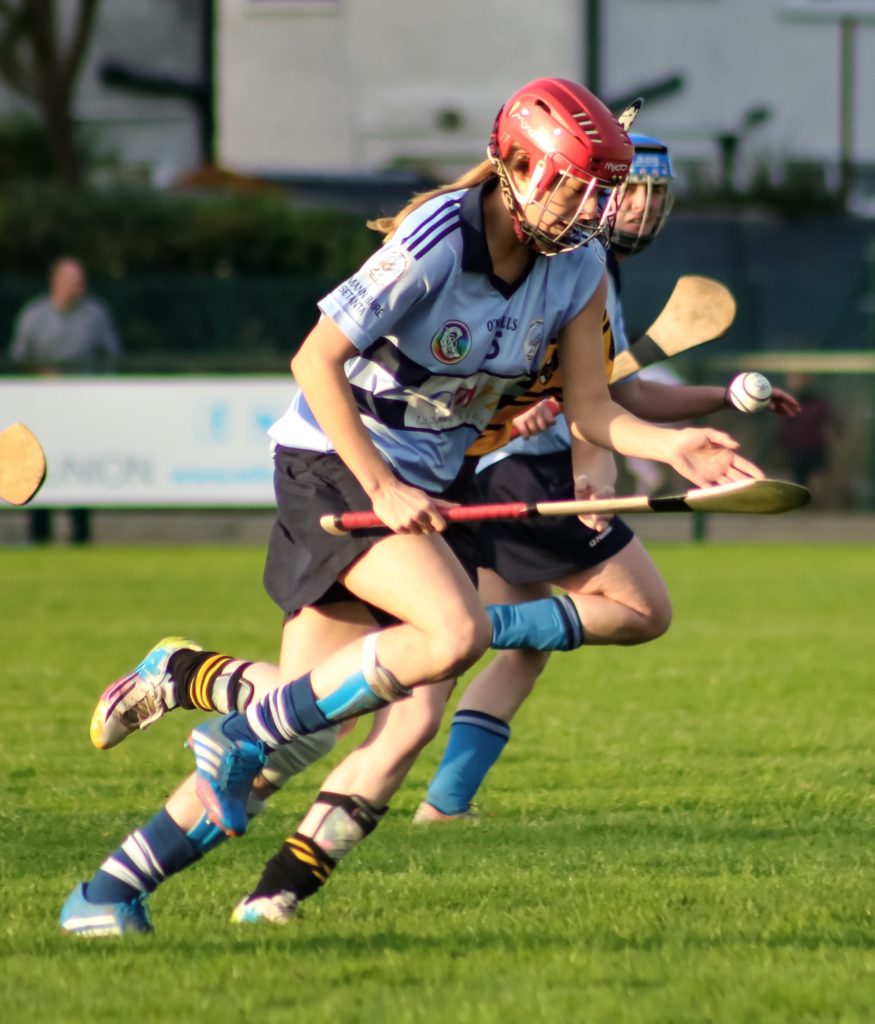 The game turned in the Ballymun sides favour on thirteen minutes. A long delivery from Rebecca Doherty was had to be saved by Mearnog keeper Emma Ford, some great work from Setanta forward Lauryn Campbell prevented the Mearnog backline from clearing the ball and Niamh McManaus buried the ball to the back of the net.

The tails of the Setanta team were up and a minute later Doherty extend their lead to two points with a 45 that sailed right over the black spot. 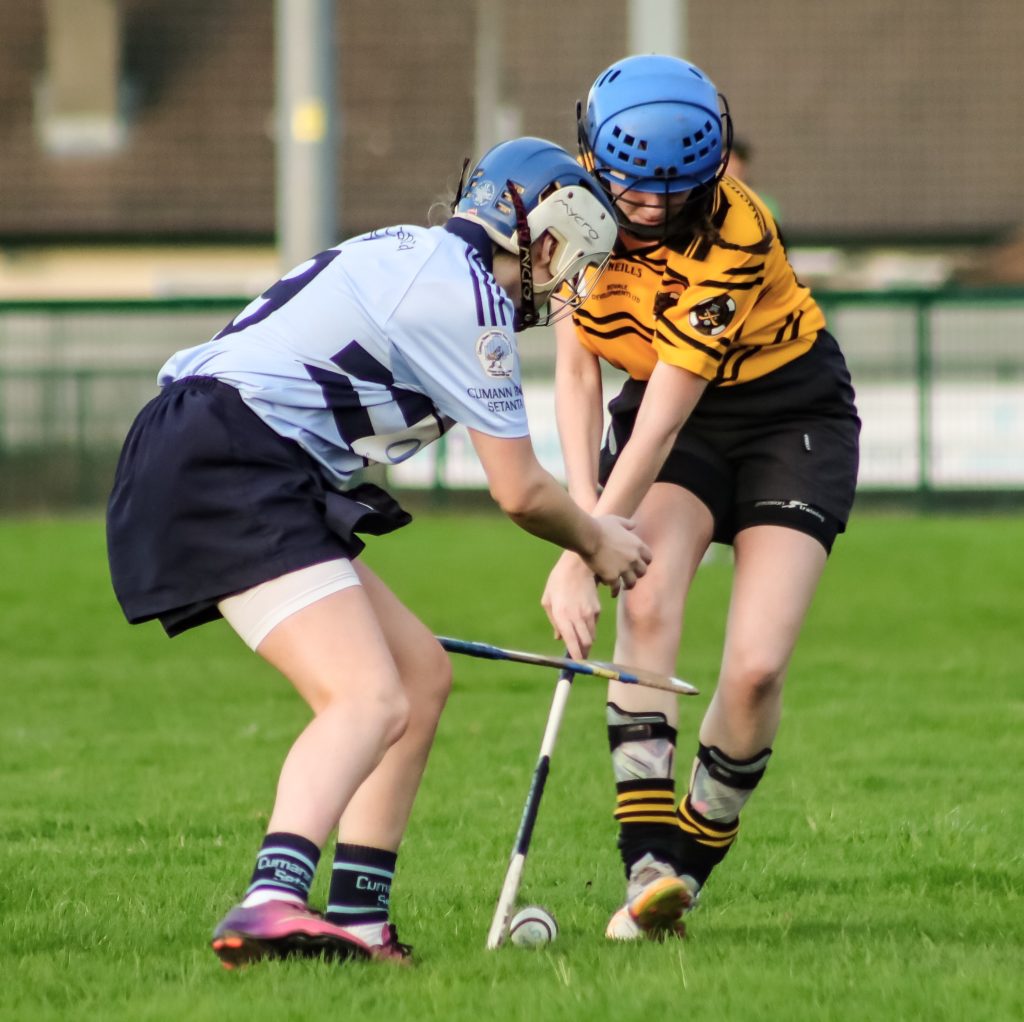 That unfortunately for Setanta was their last score of the half as Mearnog upped the ante and piled on the pressure. By the twentieth minute the sides were level with points from Claire McGowan from open play and a Leanne Walsh free.

Two minutes later and Naomh Mearnog regained the lead when Claire McGowan finished to the net with a fine goal, it was a lead they wouldn’t relinquish for the rest of the game. At half time the score was 1-06 to 1-03 in Naomh Mearnog’s favour. 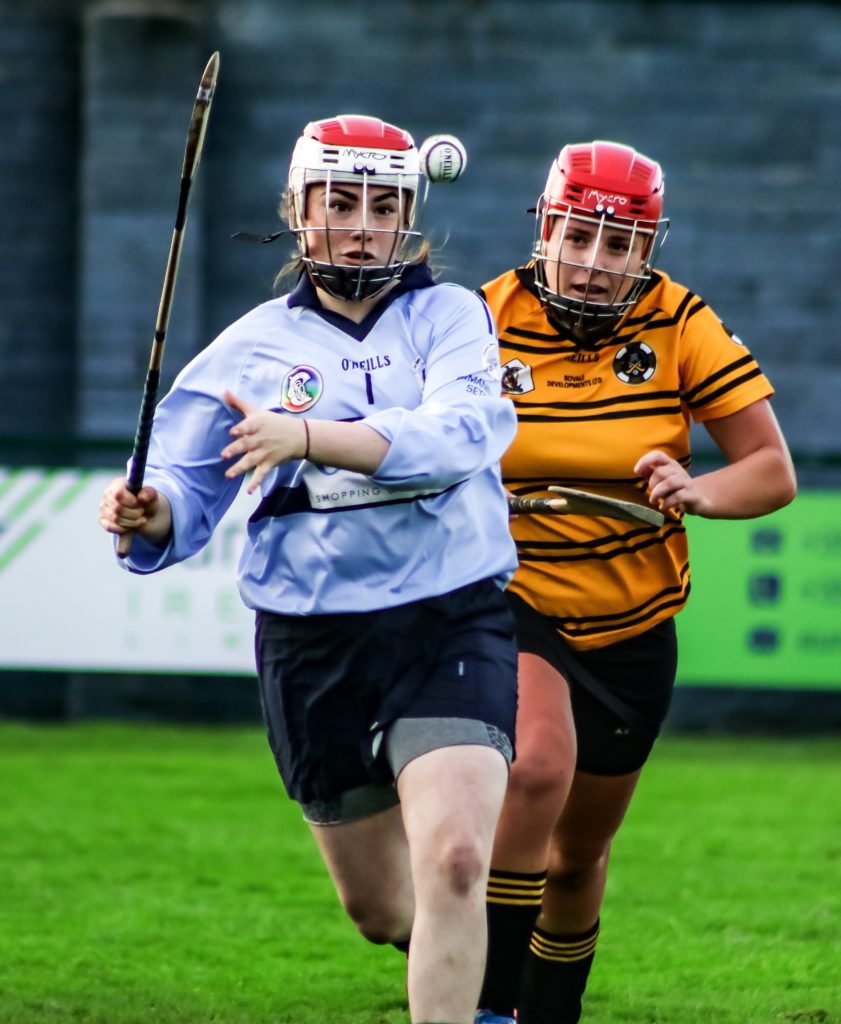 The sides swapped frees in the opening exchanges of the second half, Mearnog were first up with a successful free attempt scored by Leanne Walsh and it was quickly cancelled out by one from Rebecca Doherty.

The next two scores were to be the deciding factor in the game. In the fifth minute Mearnog’s Leanne Walsh rippled the back of the Setanta net with a cool finish and eight minutes later the game was all but sown up when Claire McGowan raised her second green flag of the day. 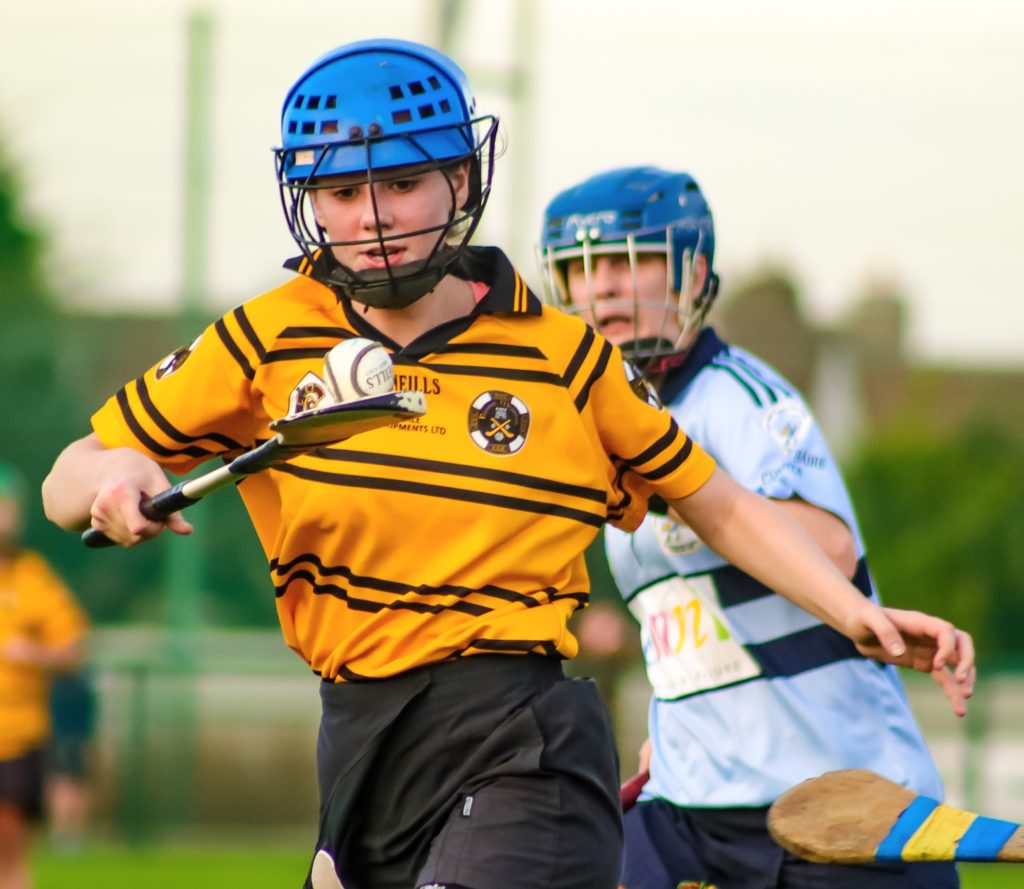 Setanta though never gave up the ghost and kept Mearnog honest right till the final whistle. The battle was intense for the rest of the half, the sides again swapped frees, Rebecca Doherty reduced the deficit with another accurate dead ball strike and Mearnog responded with another Leanne Walsh free.

Setanta gave themselves a glimmer of hope of reeling Mearnog in when Aifric McCormack scored a brilliant goal to make it a two score game with five minutes left. 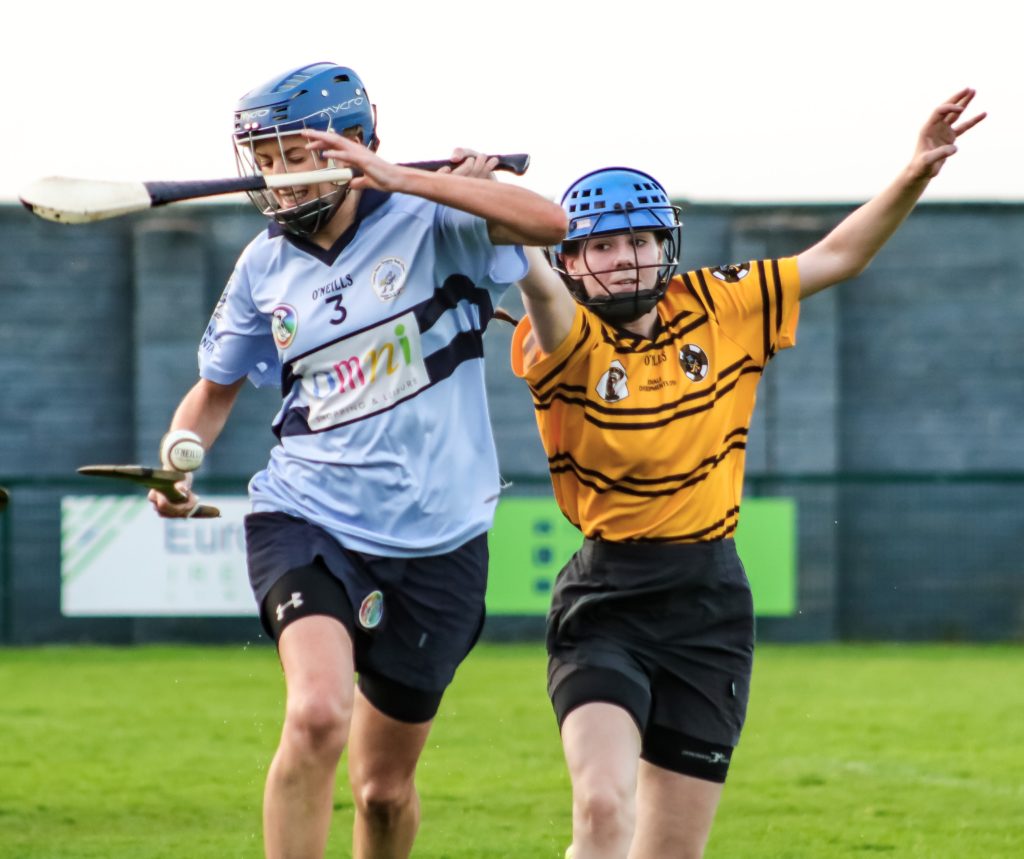 Setanta gave it their all in the closing stages, but their efforts were repelled by the excellence of Naomh Mearnog keeper Emma Ford and defender Claire O’Brien who put in a player of the match display. As the game headed into injury time Leanne Walsh made sure the title would be heading to Portmarnock when she hit the insurance point to guarantee victory. 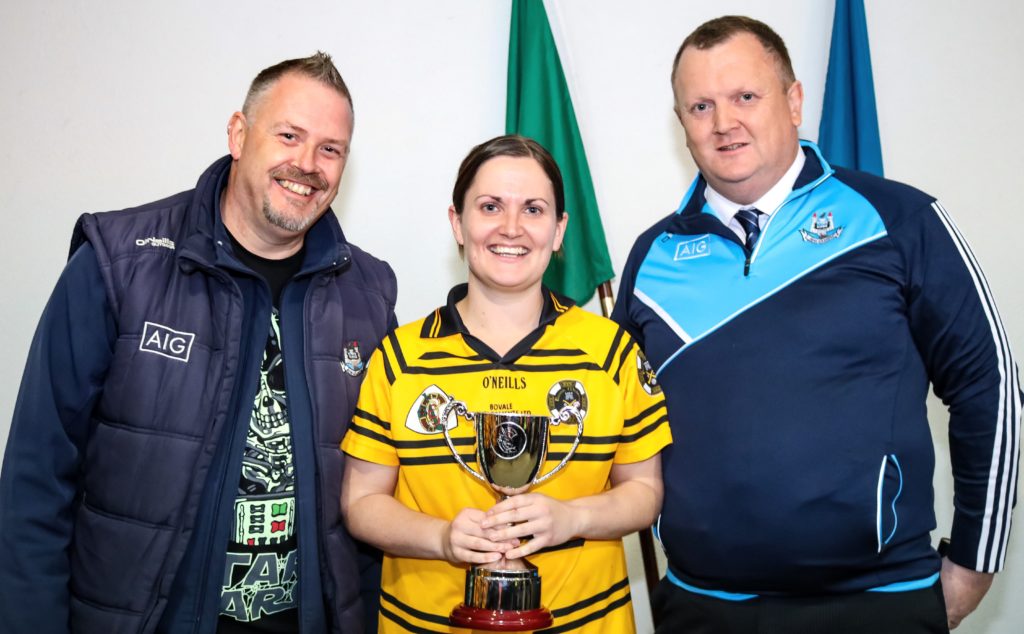 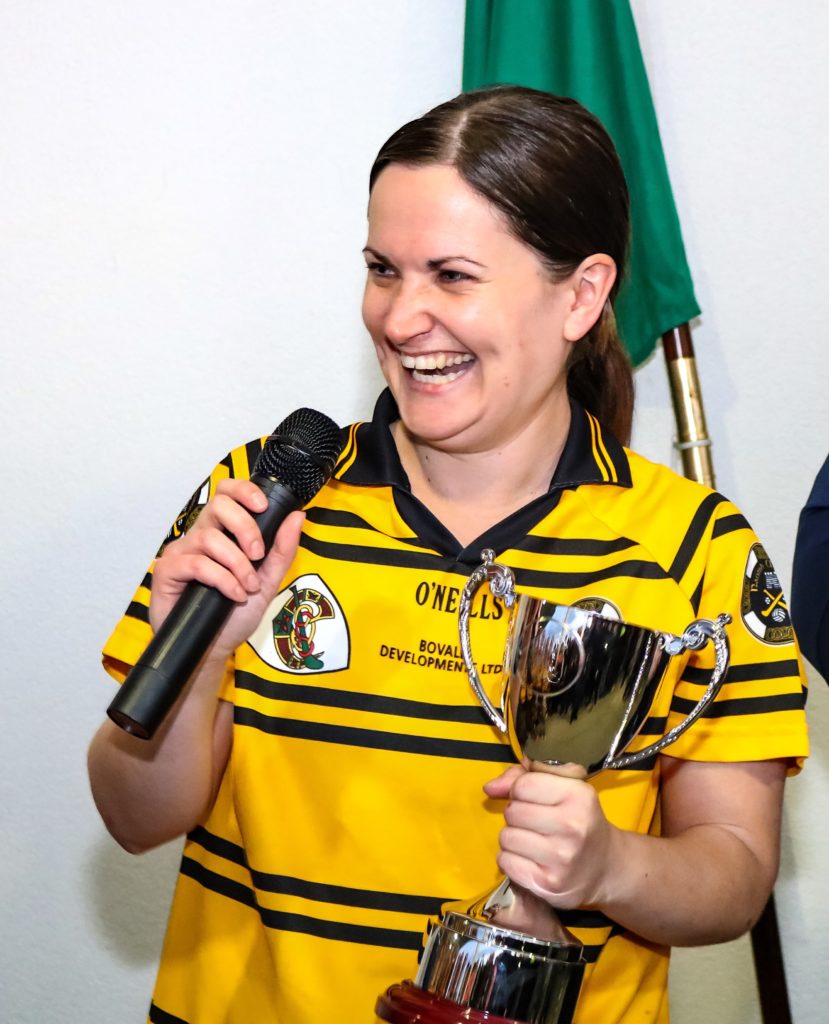 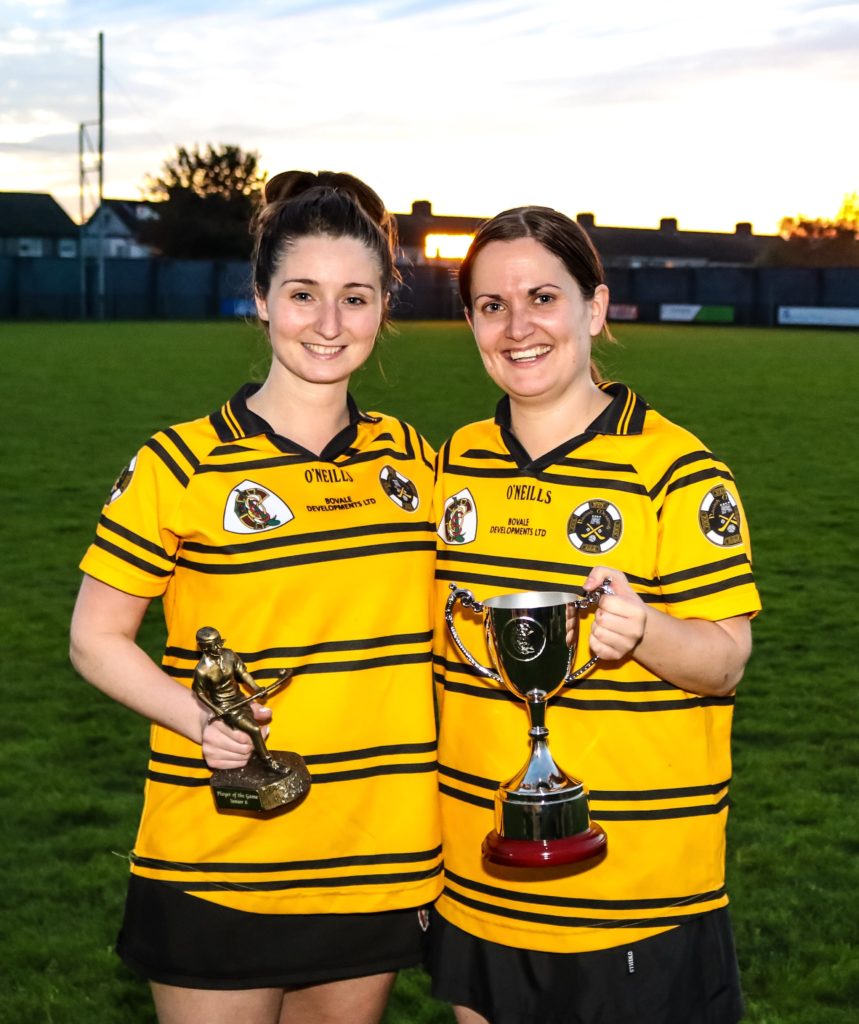