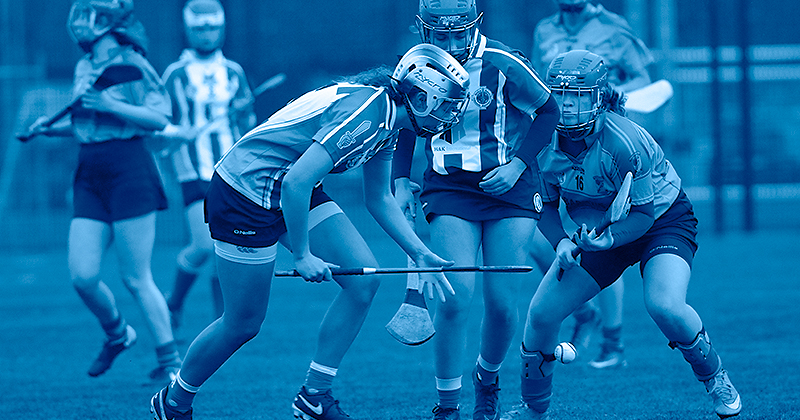 The action has been faced paced for the past month and today sees the end of four of the five Dunlin Minor Camogie Championships. Abbotstown’s National Sports Campus will be the host as eight teams battle it out to become champions. And you won’t want to miss a trick this afternoon so we’ve got you covered.

Na Fianna’s B team came through their Group 1 with wins over St. Vincents and Kilmacud Crokes, before Lucan Sarsfields in their semi final last weekend. And a 4-04 to 1-03 scoreline was enough to make it over the line to qualify for today’s game. They’ll face Faughs/Celtic who topped the Group 2 table with victories over Ballyboden St. Endas and Lucan. From there they demolished St. Vincents in their last four clash by 5-10 to 0-02. Today’s game will be tight and tough but there can only be one winner.

It was three for three in Group 1 for St. Oliver Plunkett Eoghan Ruadh as they saw off the challenge of Cuala, Naomh Brid and Good Counsel, setting up a Semi Final tie with Erins Isle. But at full time last weekend there were thirteen points between the sides as Plunketts advanced. They’ll come up against St. Vincents today who topped Group 2 with wins over Isles, Skerries Harps and Naomh Fionnbarra. And Good Counsel tried to stop them in the Semi Finals but Vincent’s left nothing behind, winning 3-11 to 1-05 to set up today’s game.

Kilmacud Crokes C panel will be looking to continue their brilliant run of form as they take on Erins Isle B at 3:00pm today. Crokes went through the round phases unbeaten after three games against Na Fianna, Cuala, and Erins Isle. Isle will be their opponents again today and having lost to Crokes already in the competition, they’ll be looking to right that wrong. and wins over Na Fianna and Cuala ensure they’d be here today to give them the opportunity.

The battle this afternoon between Ballyboden St Endas and Kilmacud Crokes is guaranteed to be a close run game. Both sides got through their group campaigns unbeaten. Crokes had victories over Faughs, Ballinteer and Lucan Sarsfields. Ballyboden went three for three against Naomh Jude, Na Fianna and Castleknock. Ballinteer were Boden’s semi final opponents and they dispensed of them on a 3-12 to 2-06 scoreline. For Crokes, Naomh Jude stood in their way. But in an eight goal game the Stillorgan club came out on top on 6-10 to 2-03. Both today’s finalists will have studied each other very closely and you can guarantee an entertaining contest this afternoon.

We’ll be live from first throw in at 12:00pm in Abbotstown today, with score by score updates on www.twitter.com/wearedub. And you can find all the post match reports and analysis from the game right here and on www.facebook.com/wearedub.