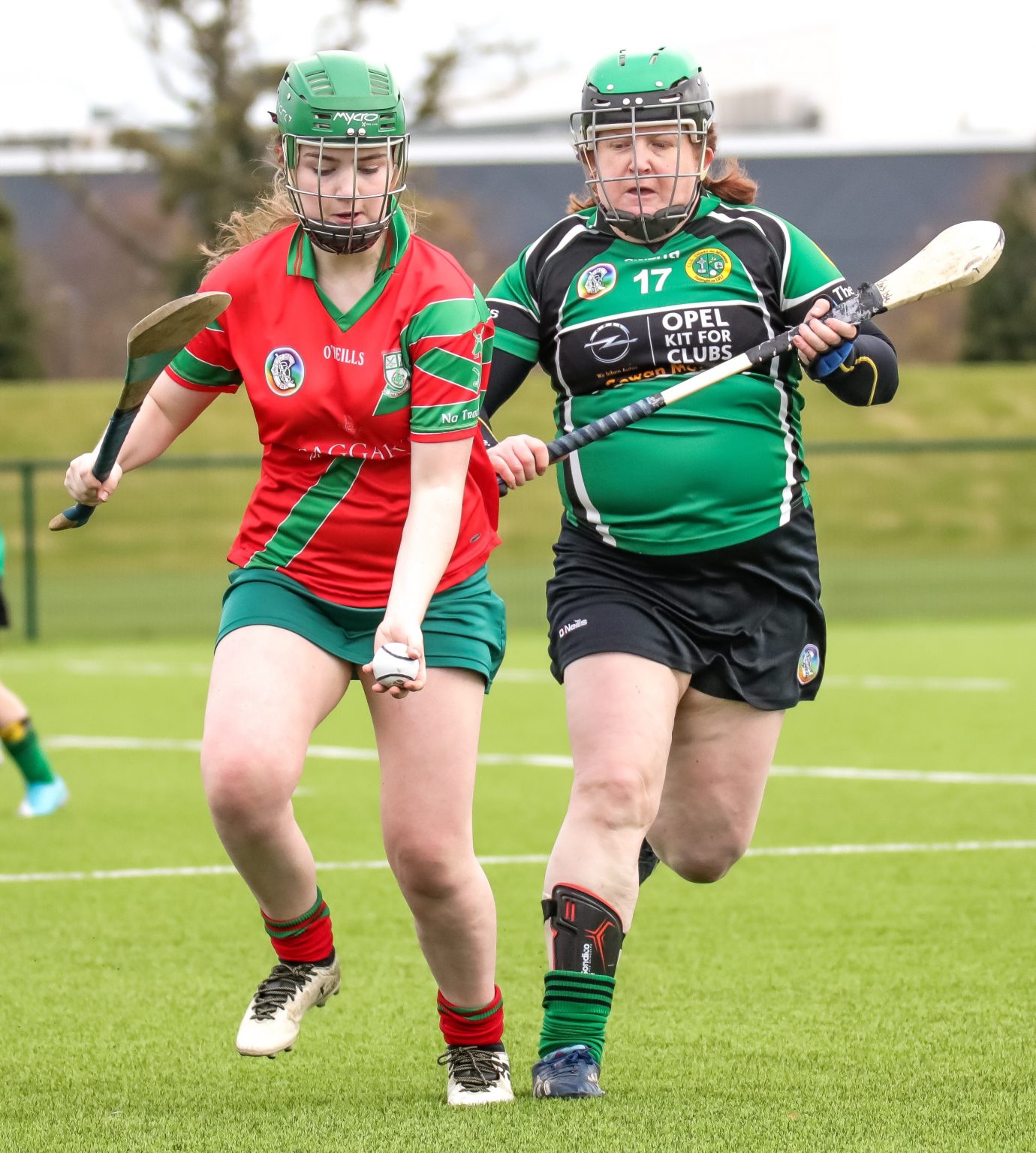 An historic day for the Rathcoole club as they won their first adult camogie championship title in over 20 years. Having been beaten by Ballinteer St Johns in last year’s final, they were determined not to have a repeat dose.

But they were made fight every inch of the way by a brave Erins Isle who could just as easily have won. Commercials just about had the edge in the attack where they held a slight advantage. 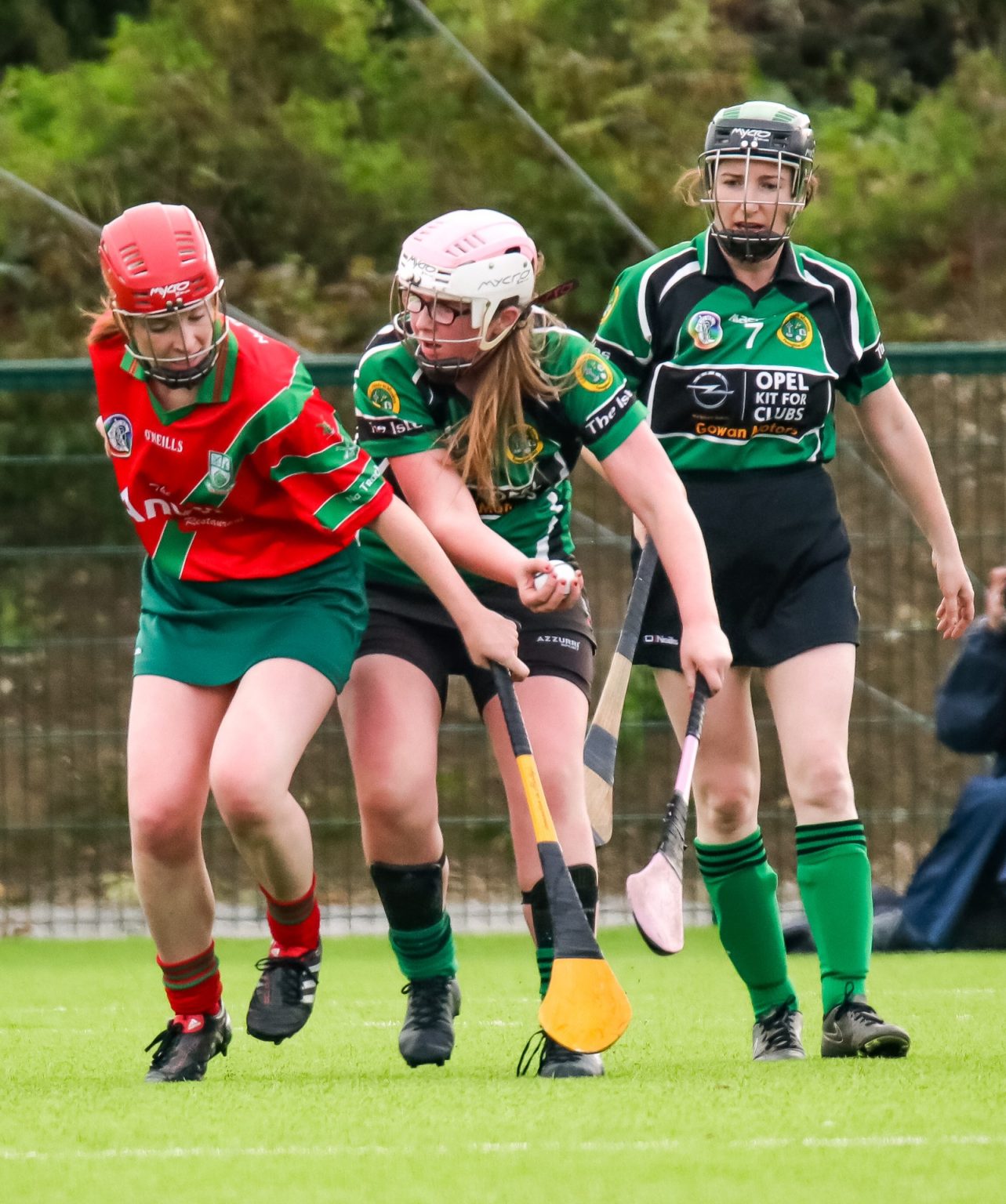 But they can also give a big vote of thanks to their ‘keeper Niamh Dungan who won the Player of the Match for her rock solid display throughout the game and she made a particularly fine save in the 42nd minute from a point blank shot. 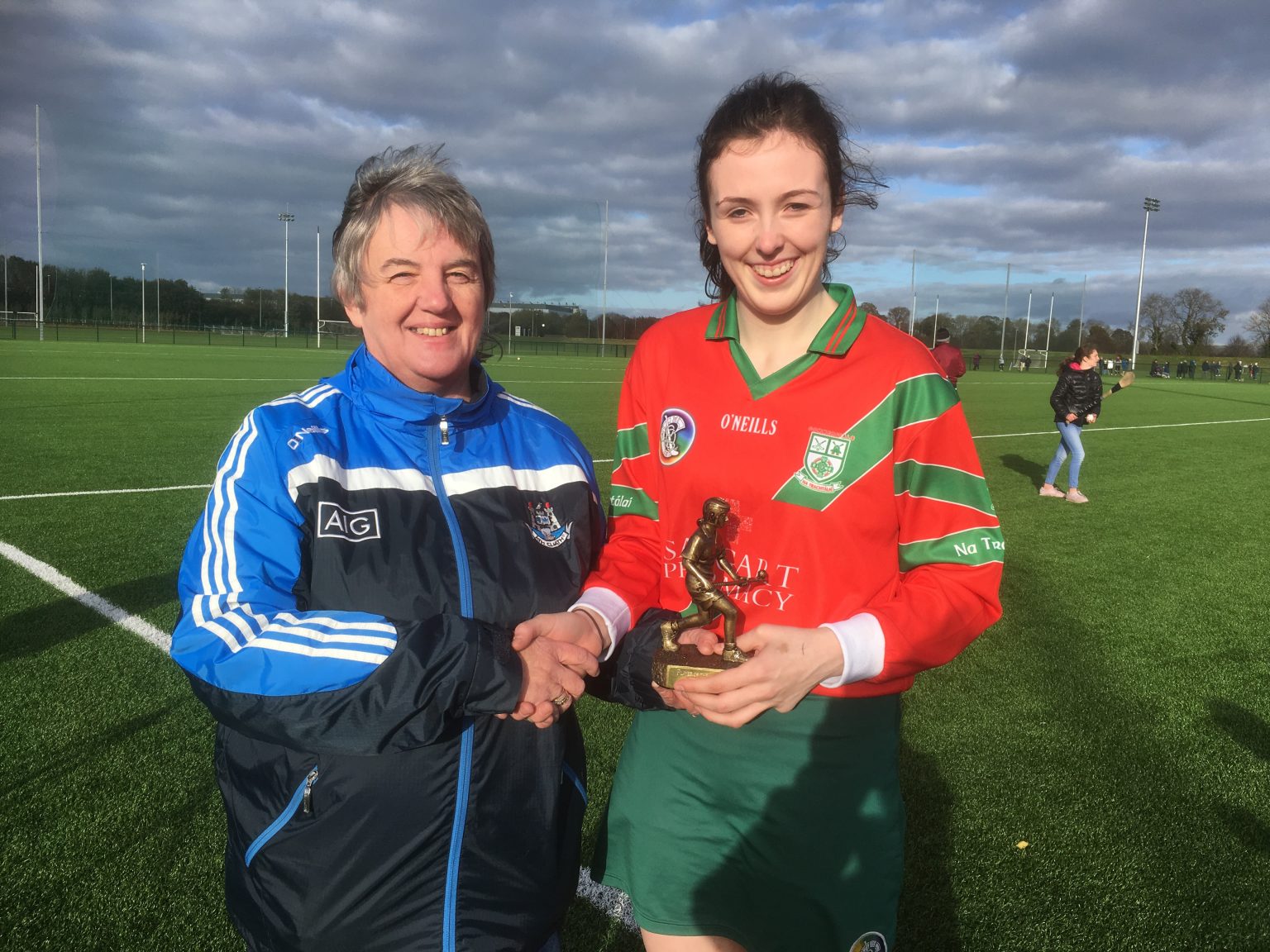 Commercials were first on the scoreboard when Róisín Doyle fired a rocket from over 30m to the net in the 11th minute. Both defences were on top and scores were hard to come by. Commercials were enjoying the better of the exchanges but struck six wides in the half.

Erins Isle fought back with Kirsty Conner involved in many of the plays. From a long delivery by Kirsty, Cathy Connaghan managed to get a flick on the ball to steer it into the net in the 15th minute and the Finglas crew were back in the game. A minute later Commercials were back in front when Sophie Strumble pointed from close range. 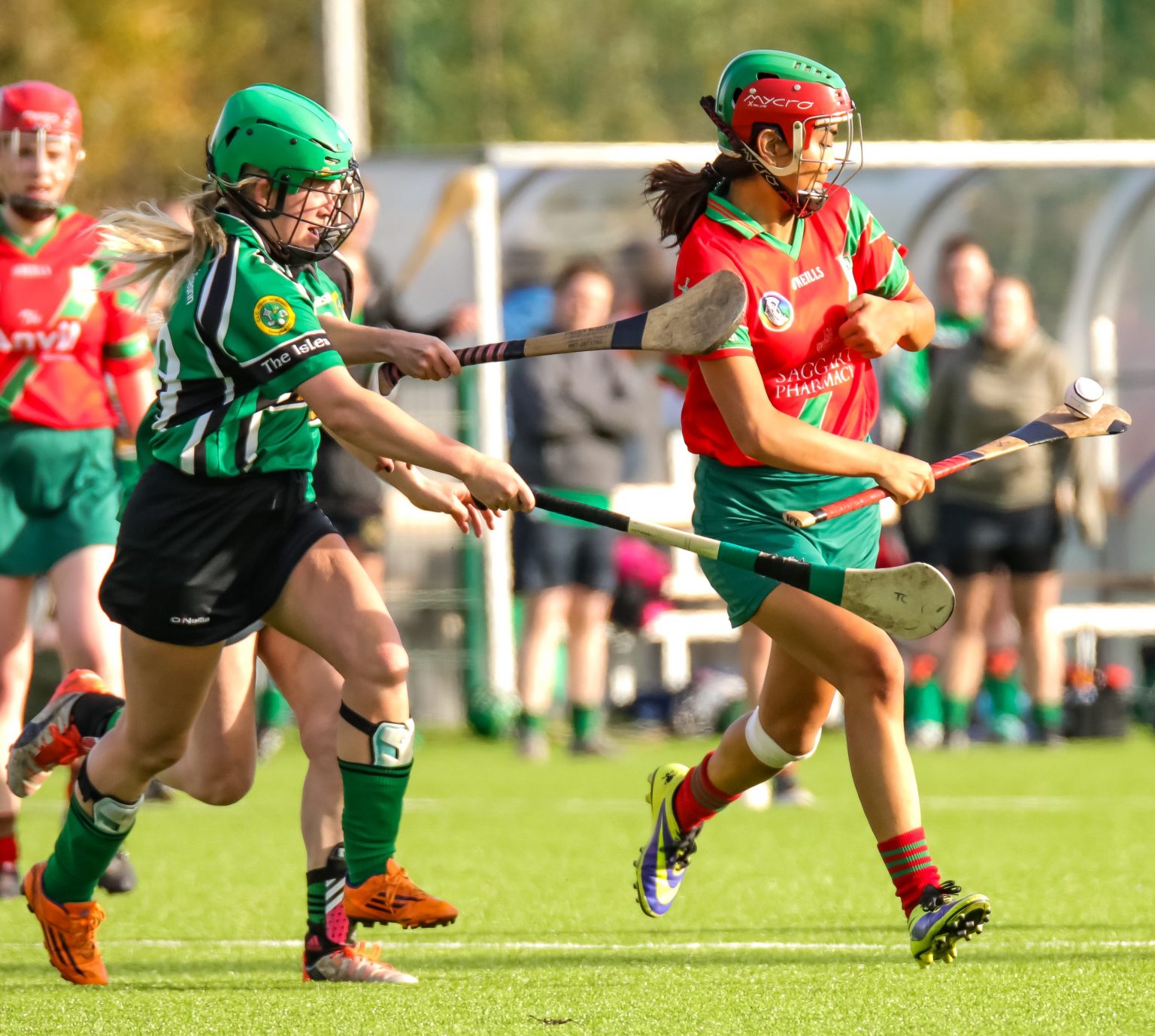 Noelle Comyn found the range with a pointed free to extend their lead to 1-02 to 1-00 with half time beckoning.

However Chloe Lambert went very close to goaling for Isle’s in the 31st minute only to see her effort go narrowly wide. Just when it seemed as if Commercials would take a lead into the second half, Kirsty Conner battled through to have a blast at goals. Niamh Dungan saved superbly but Cathy Connaghan was on hand to put her name on a second goal and Isles were 2-00 to 1-02 in front at the break. 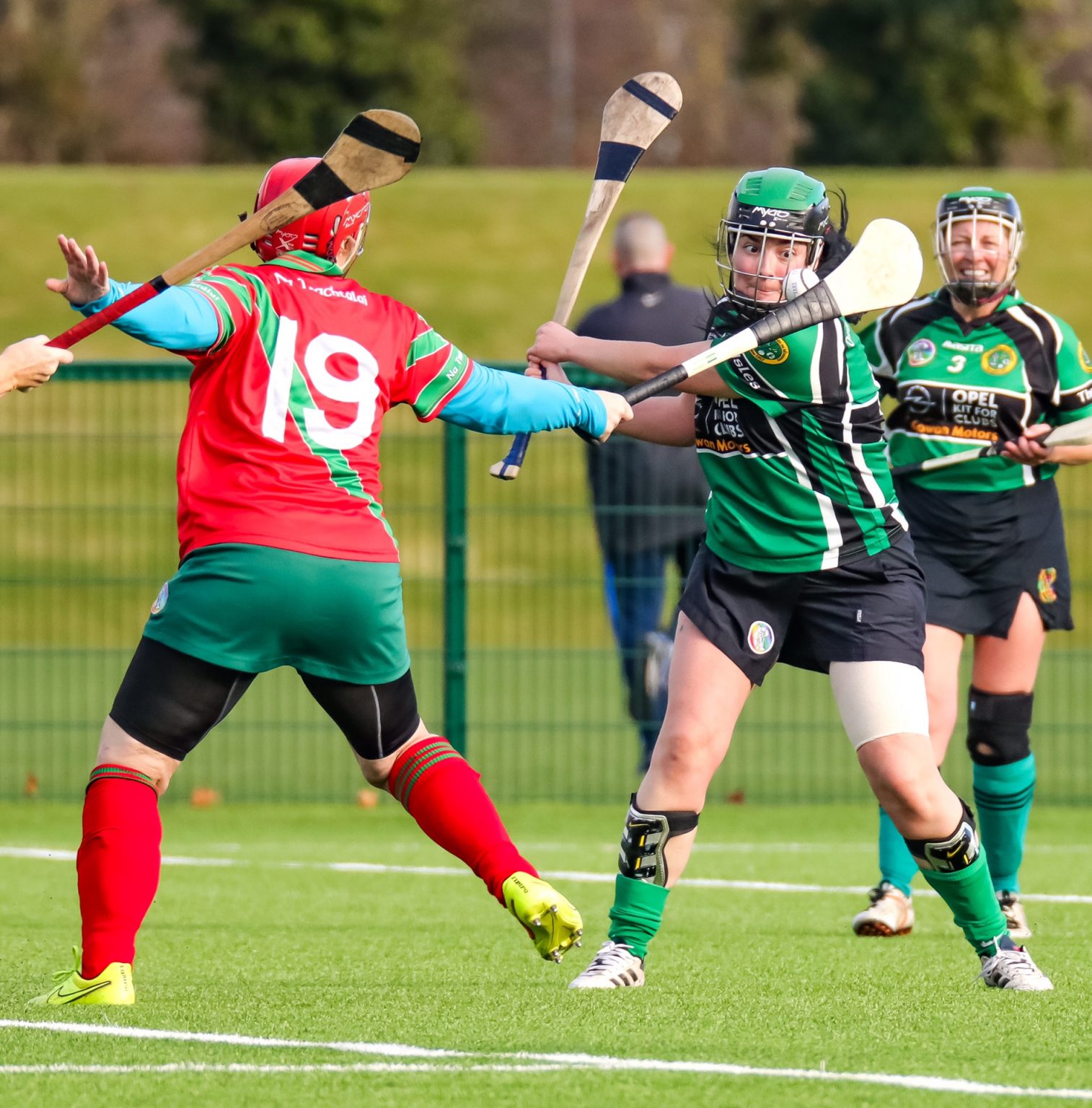 The superb Abbotstown venue was ideal with both synthetic and grass pitches in excellent conditions. Within two minutes of the restart, the pacey Angelique Kilgannon levelled the game for Commercials.

It was the signal for a fine start to the second half as two points from Noelle Comyn, the second from play, put them 1-05 to 2-00 in front. But Donna McAllister was enjoying some good possession and from a free in the 37th minute she brought the game to parity once more. However it was to prove their only score of the half.

In fact the next score didn’t come for another 27 minutes as the sides battled with great intent. Sarah Ryan, Joni Shattock, Ruby Tracy, Caoilfhionn Ní Dhúlaing defended stoutly for Commercials as Isles through everything at them. With time almost up Noelle Comyn hit the insurance point from a free in the 64th minute. 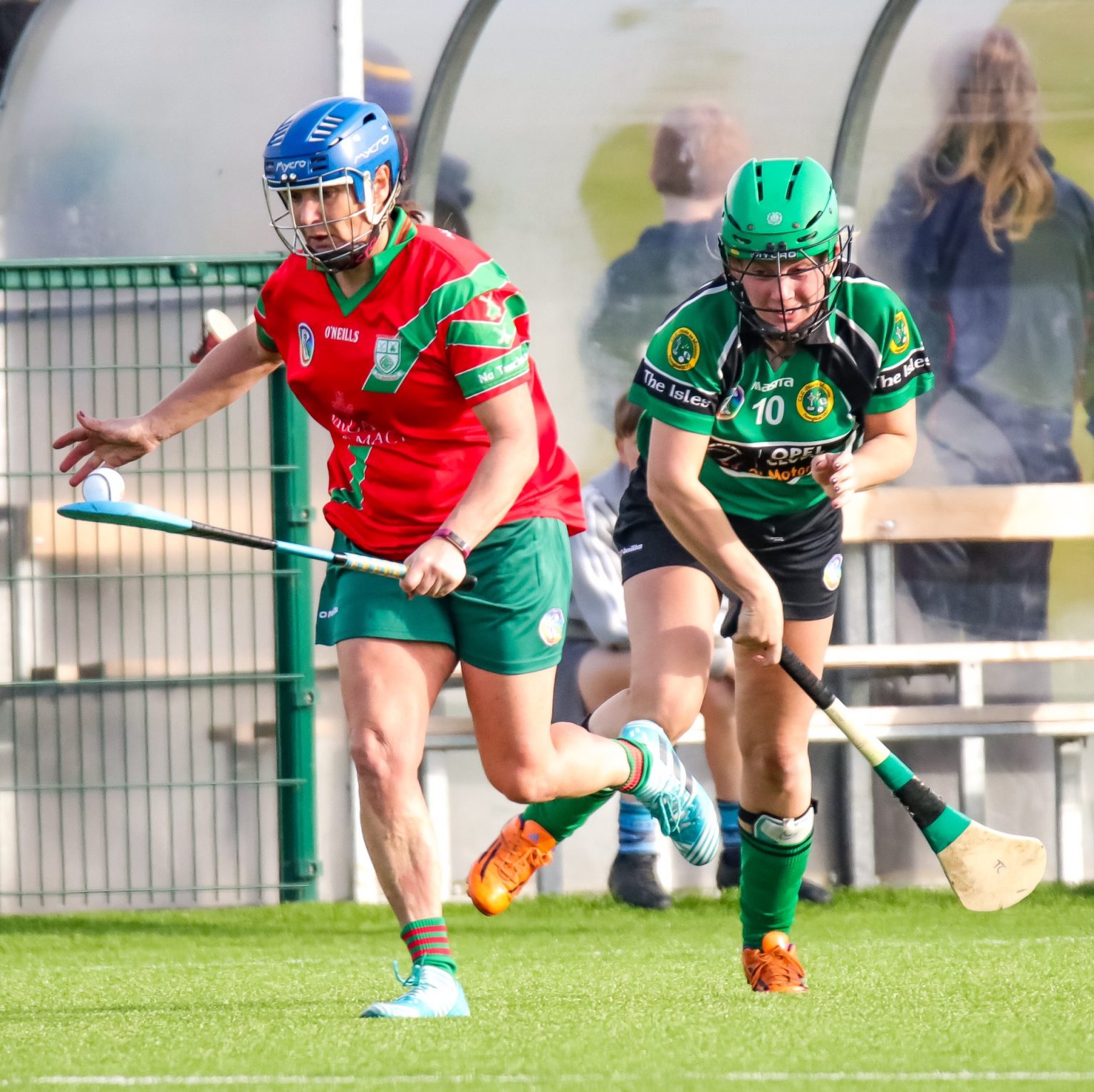 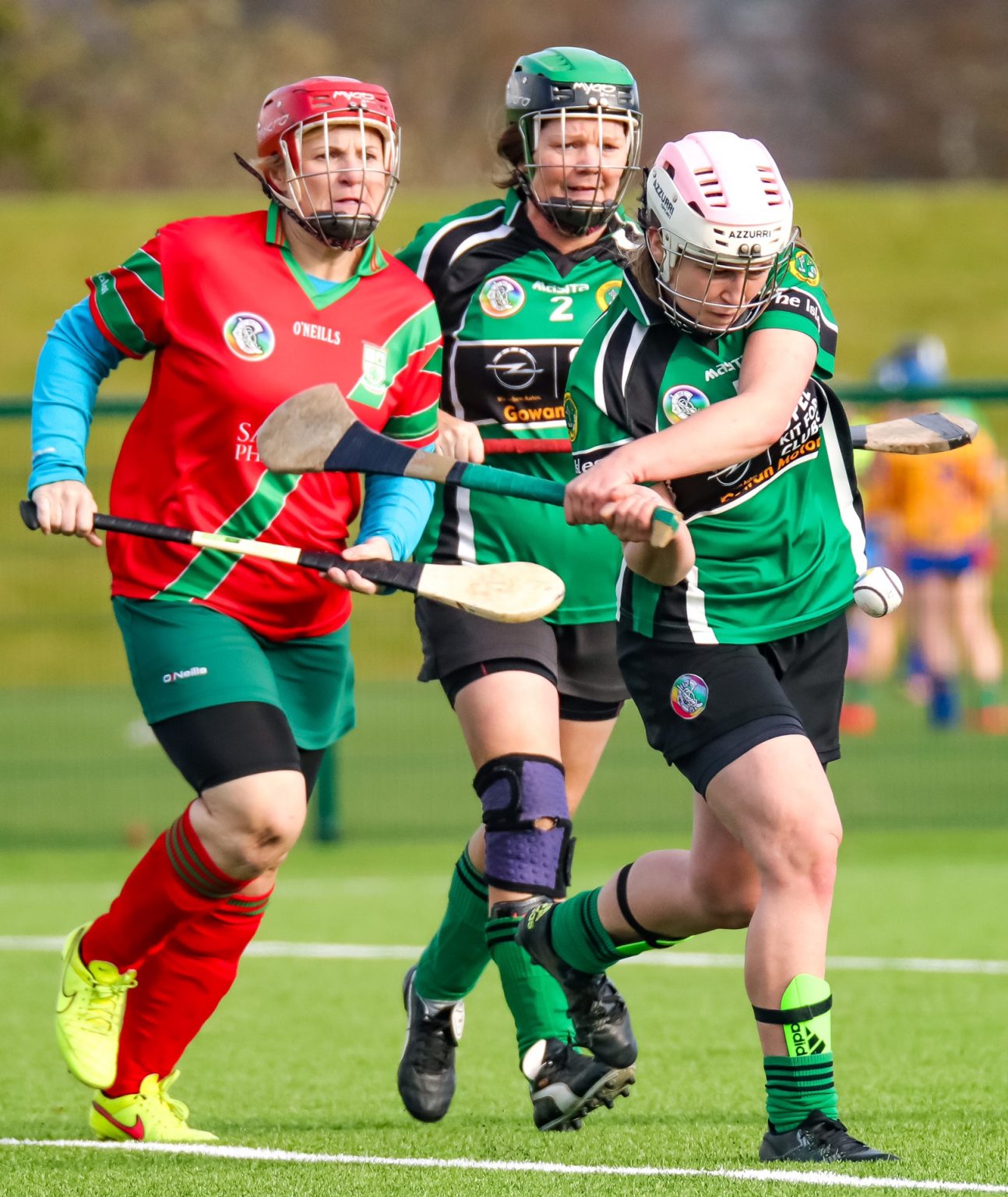