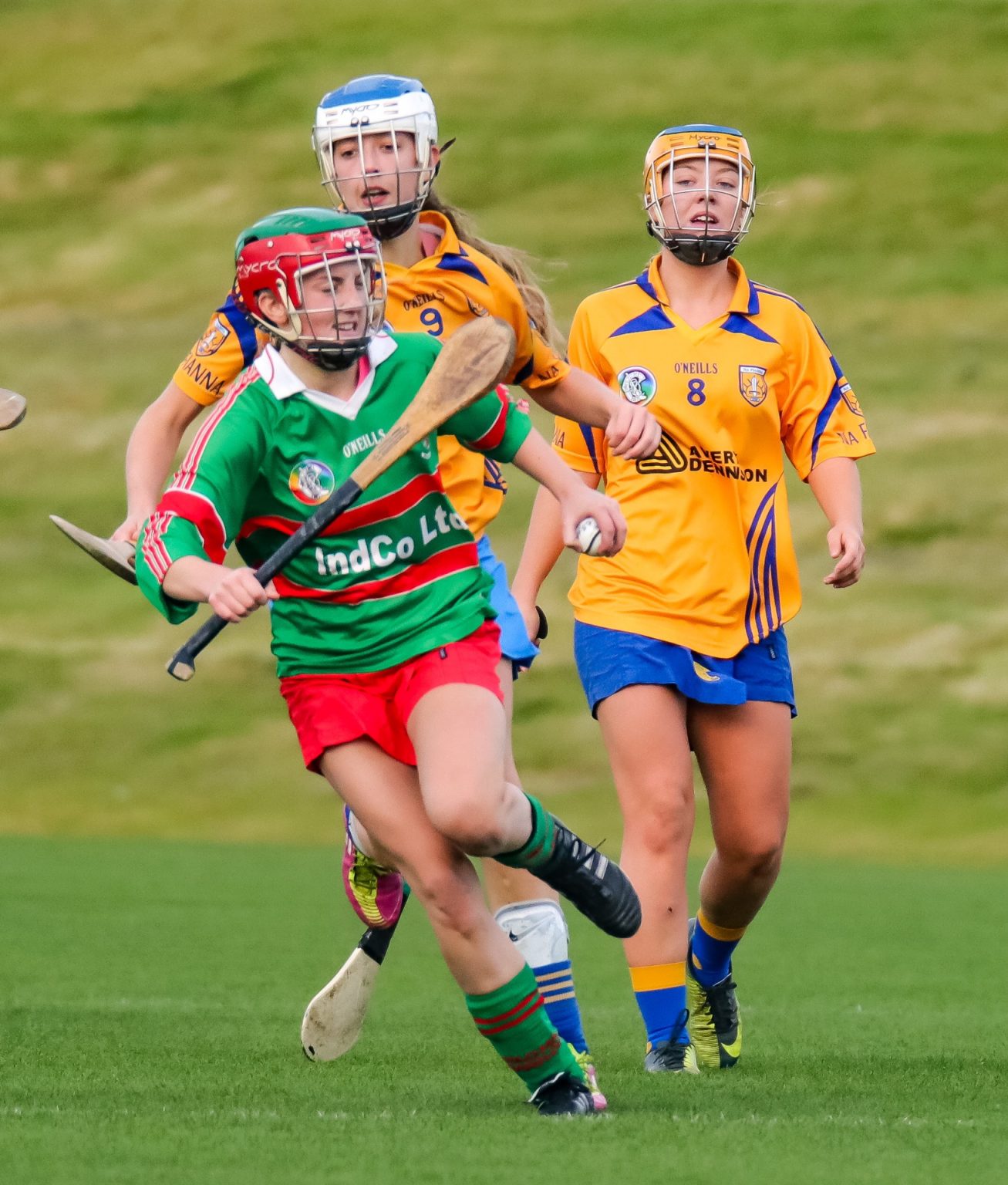 Two young and lively teams served up a thrilling game that could have gone either way especially in a marathon 9 minutes of added time where Naomh Barróg had two placed ball attempts from 45m but just could not get the distance with their shots.

That said they will be happy enough going into the final ten minutes of normal time when a cracking goal by Beibhinn Ní Dhonnchadha put them four points clear. Not a big lead but in a low-scoring game – a substantial one. 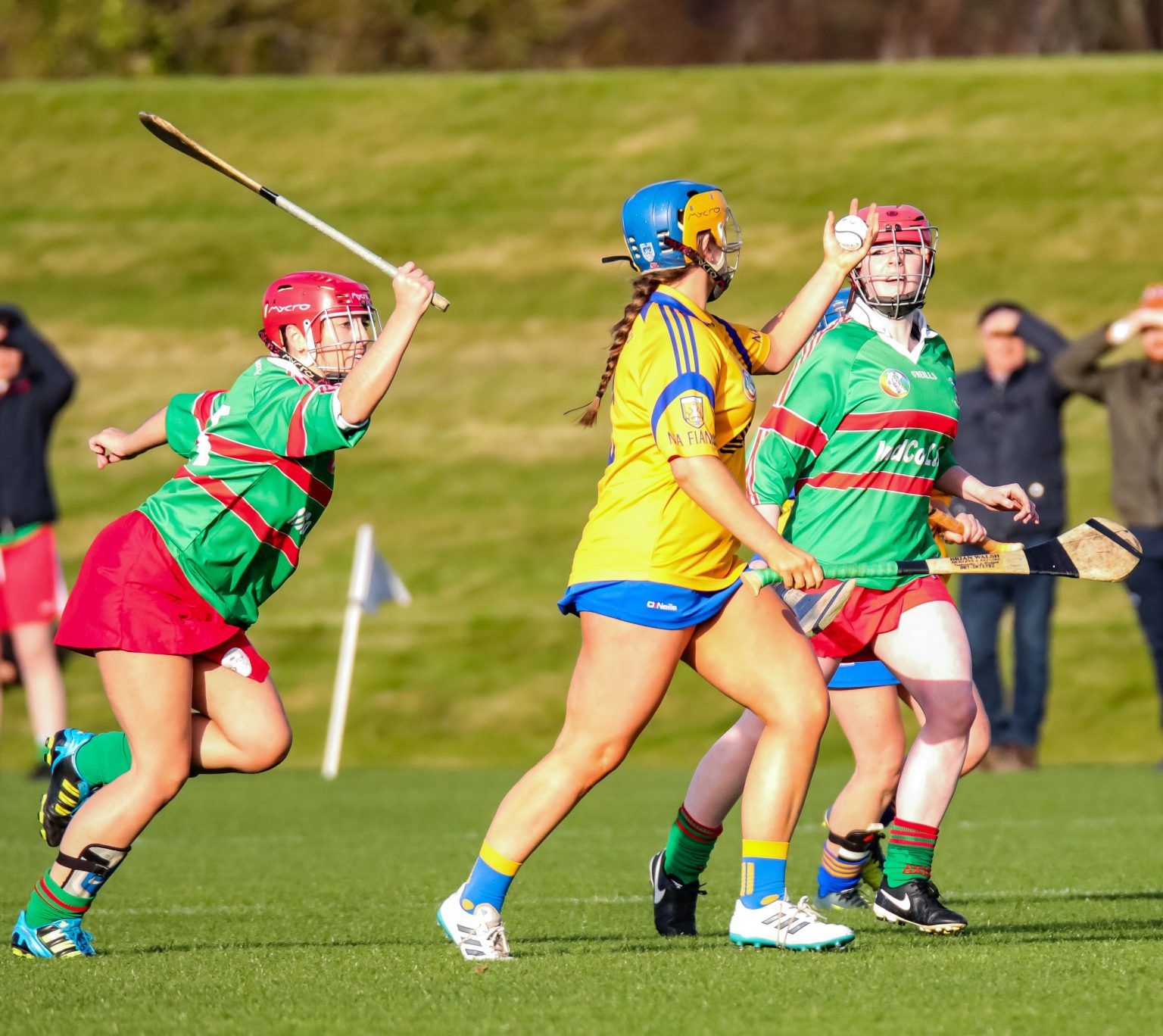 Naomh Barróg had the point-scoring knack whereas Na Fianna could only see green and two first half goals by Lorna Meleady and Emma Doherty as well as a point from Lauren Coulahan helped them the Mobhi Road girls to a 2-1 to 0-4 lead. Naomh Barróg’s points coming from captain Tara Mulholland (0-2), Eve Byrne and Aisling Quinn.

Five minutes into the second half, Kate Pepper reduced the Na Fianna lead to two points but a full 15 minutes would pass before the next score came – an excellent point from Caoimh O’Hanlon for the Kilbarrack side. There was very definite sense that the momentum was with Naomh Barróg. 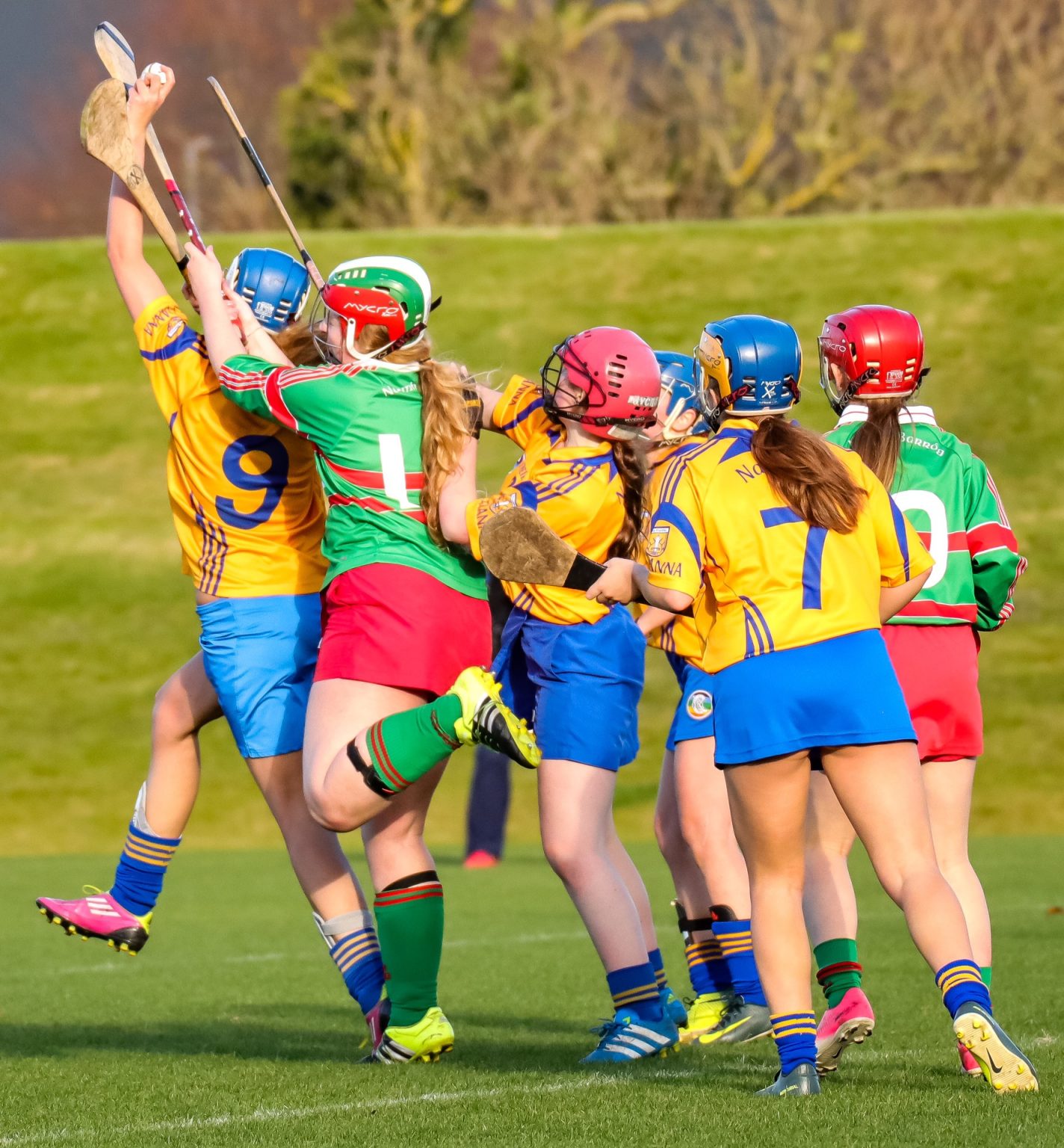 But that all changed with the next play when a clever flick was collected by Beibhinn Ní Dhonnchadha and she goaled despite the best efforts of Joanne Geraghty in the Na Fianna goal.
Naomh Barróg kept their cool but Na Fianna were holding firm with full-back Michelle Gahan and Siobhan Casserly particularly strong. But in the 57th minute the persistent Naomh Barróg pressure told and Eve Byrne stuck a great ball in the net to leave the minimum between the teams.

Katie O’Neill, Sinead Casey and Lara Crosby kept the pressure up and when the ball broke to the impressive Aisling Quinn – her shot had equaliser written on it from the moment it left her stick in the 63rd minute. A further six minutes couldn’t separate the teams and they will have to renew rivalry to decide the destination of the We are Dublin Senior 7B title. 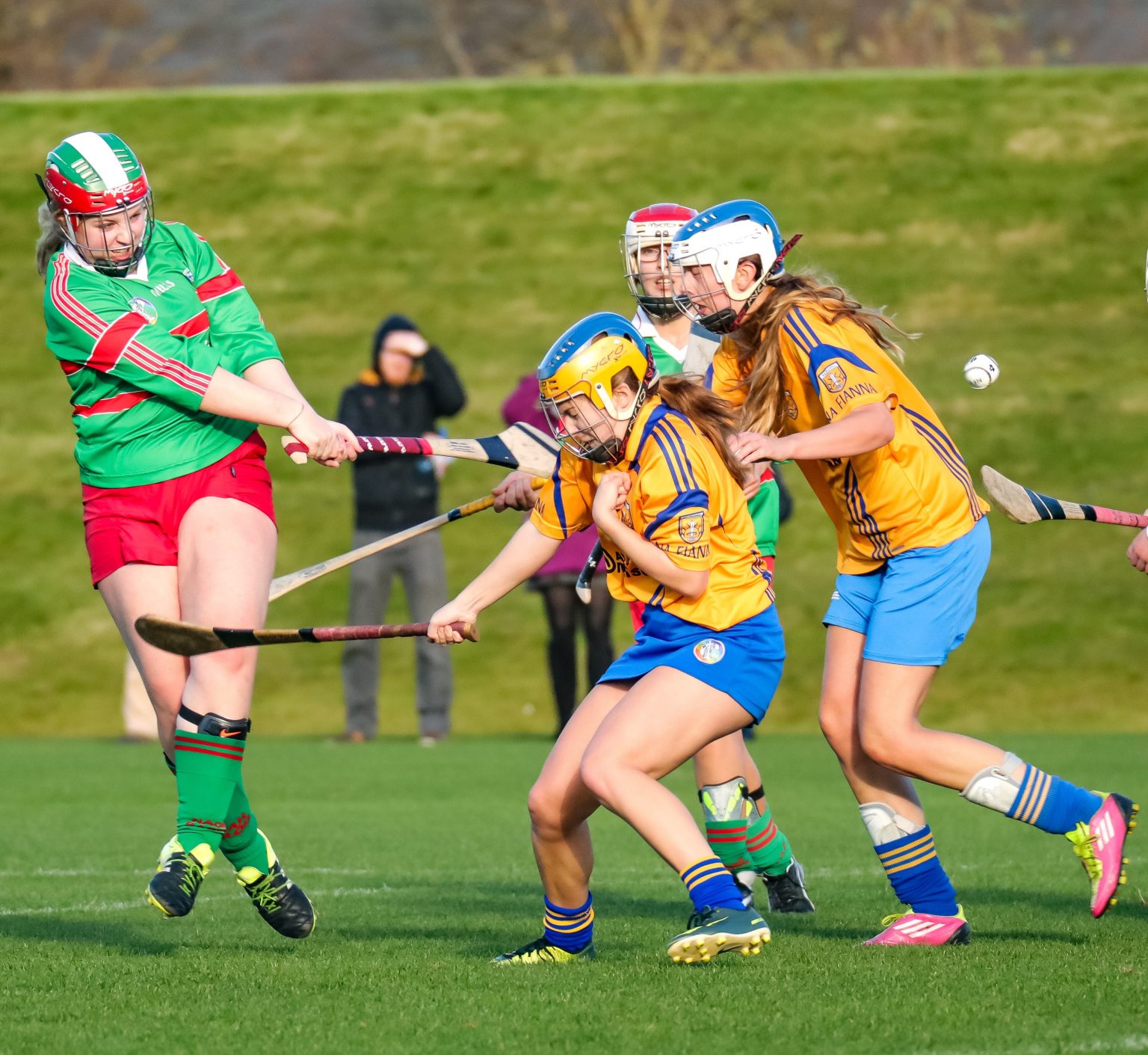 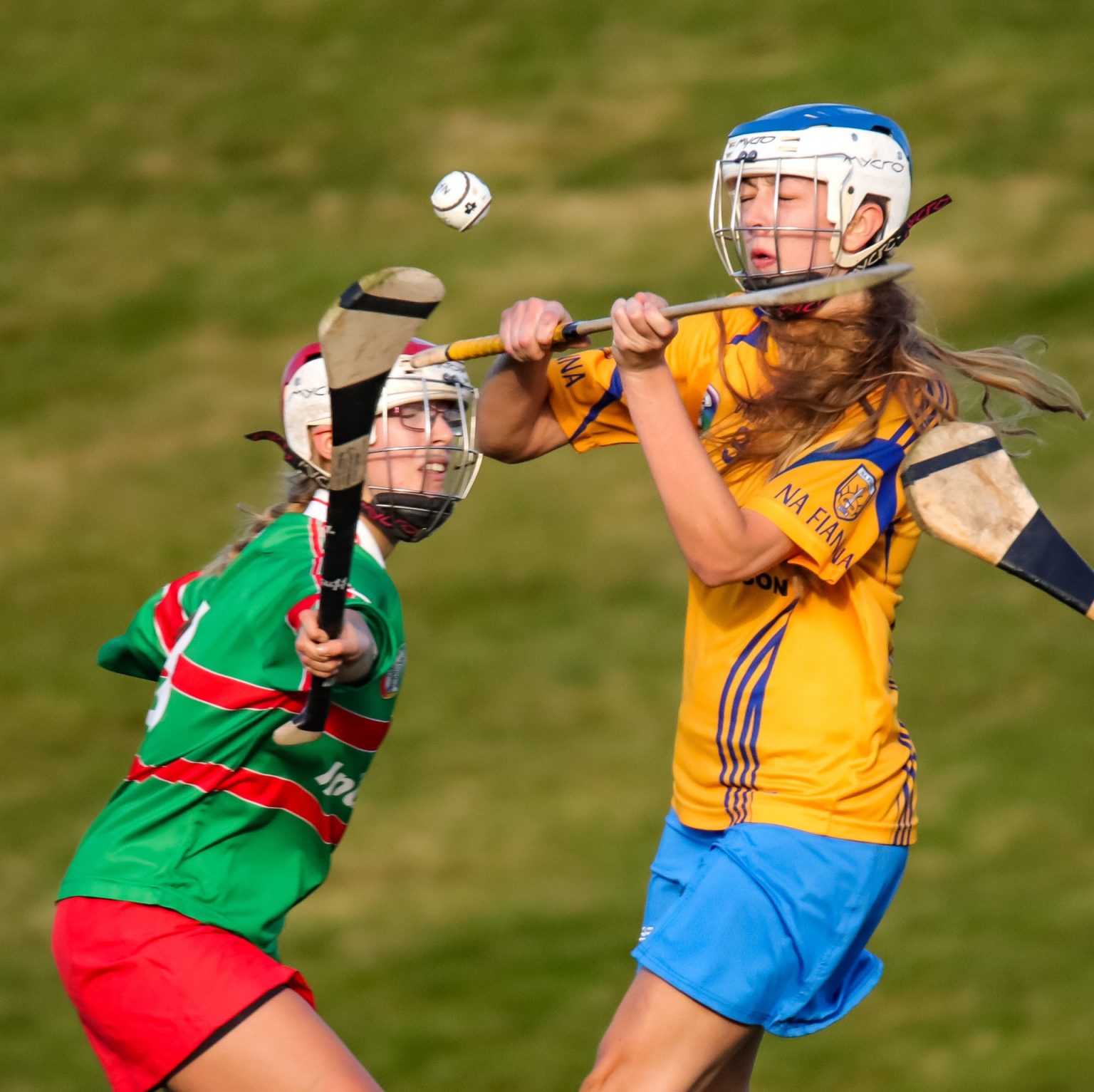