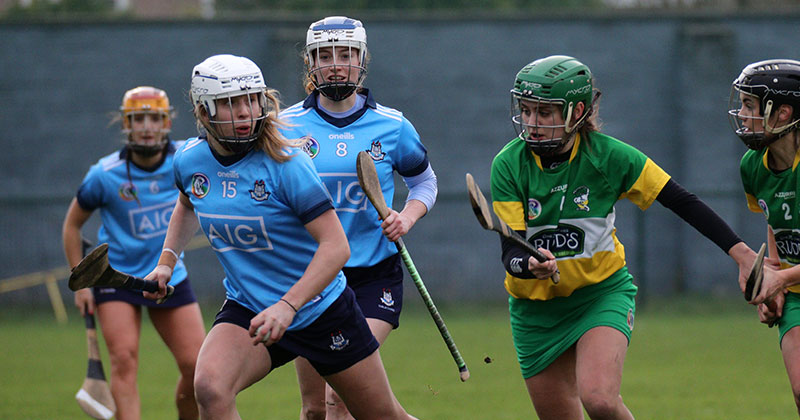 Plenty of Camogie action to enjoy this afternoon in Parnells. Both Dublin’s Intermediate and Senior Camogie panels are in League action in a huge double header.

Shane Plowman’s Intermediate side are entering their second year in Division 2, having won the Division 3 title two years ago. And they went and topped that by capturing the All Ireland Premier Junior Championship in a fantastic campaign last year. It’s their first game this afternoon as they welcome Antrim to home soil.

Although with a number of last year’s players no longer involved with the team it’s a much changed Dublin Intermediate squad for this season so it’s a pointless exercise to try and use last year’s league results as an indicator of how the squad will fair out in this seasons campaign. But a lot is expected of the All Ireland Champions as they start a new season.

Throw in for the Intermediate opener is 1:00pm

Dublin Senior manger Frank Browne has rung the changes ahead of their Littlewoods Ireland Camogie League Division 1 game against Limerick. Limerick arrive in the Capital with a 100% record so far in this year’s Camogie league recording wins over Offaly and Clare, victory against the Sky Blues this weekend will guarantee a place in the knock out stages for the Shannonsiders.

Dublin are still in the early stages of their development under new manager Frank Browne and his management team but any aspirations of challenging for camogie league honours will be extinguished this weekend with anything short of a win.

With so much at stake for both sides it will be an intriguing and full blooded contest, the action gets underway at 2.45pm.

We’ll be live from the first throw in at 1:00pm in Parnells, with score by score updates on www.twitter.com/wearedub. And you can find all the post match reports and analysis from the game right here and on www.facebook.com/wearedub.