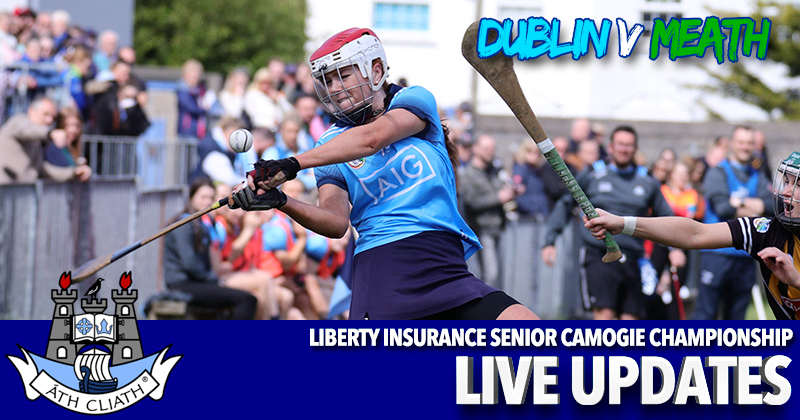 Anything less than a winning start for Frank Browne and his Senior Camogie panel would be a disappointment this evening. The time for talking is over as Meath come to Dublin for the Liberty Insurance Group 2 opener.

In last year’s competition Dublin enjoyed a comfortable 2-11 to 0-08 victory over the girls from the Royal County. And they’ll be hoping for a similar outcome this evening on home soil. Then it’s a road trip to Waterford before welcoming the mighty Cork to Dublin. They finish off facing Tipperary and Clare in what is a tough group this season.

For today’s game, manager Frank Browne has gone with a good mixture of youth and experience to take on Meath. The team includes a new midfield partnership between Aisling Carolan and Laura Twomey. Both players well able to throw themselves into the tough realms of the All Ireland Championship.

Kerri Finnegan and Sinead Wylde, who both impressed in this year’s National League campaign get their Senior Championship debuts, as they both look to continue their great form.

Roisin Baker continues in her role as captain, one she’s grabbed by the throat since being appointed at the beginning of the year. And the strength in depth of Dublin’s bench will be a huge encouragement for Frank Browne going into this game and beyond, with sharp shooters like Aisling Maher, Siobhan Kehoe, Ali Maguire and Aoibhe Dillon just waiting to be thrown into the action.

We’ll be live from throw in at 5:00pm in Parnells this evening, with score by score updates from both games on www.twitter.com/wearedub. And you can find all the post match reports and analysis from the game right here and on www.facebook.com/wearedub.