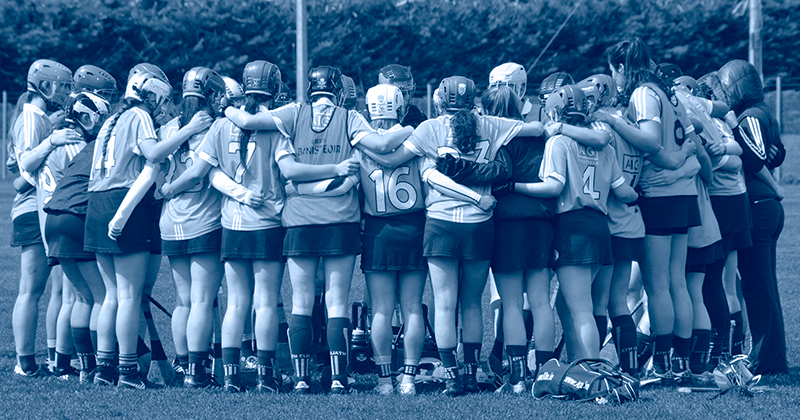 Shane Plowman’s Premier Junior Camogie panel head for Kinnegad this afternoon for a semi final encounter with Offaly. Their goal? To reach their second consecutive Liberty Insurance Premier Junior All Ireland Final. And hopefully bury the memory of their defeat to Westmeath last year.

The girls in blue have enjoyed a positive year bouncing back from that loss. Shane has solidified and strengthened his panel, and the girls enjoyed their first year in Division 2 of the Littlewoods National League.

They remained unbeaten in their six group games, but met their All Ireland Final opponents in the semi finals to record their first loss of the year.

But the goal was always to reach an All Ireland Final again this year and that goal is still within their grasp. They successfully saw their way past both Armagh and Roscommon in two rounds of the championship to set up today’s game with Offaly. Offaly bounced back from an opening round defeat to Limerick, with two wins on the bounce against Clare and Kerry. They finished second in Group 1 to arrive at this stage of the championship.

The Dubs will need to rely on their experience in the competition but will be well up for today’s challenge. The unbeaten run is there to be maintained and there’s no team better to uphold the streak.

We’ll be live from the 3:00pm throw in at Coralstown GAA in Kinnegad today, with score by score updates on www.twitter.com/wearedub. And you can find all the post match reports and analysis from the game right here and on www.facebook.com/wearedub.

ALI TWOMEY DETERMINED 2017 WILL BE A GOOD YEAR FOR DUBLIN