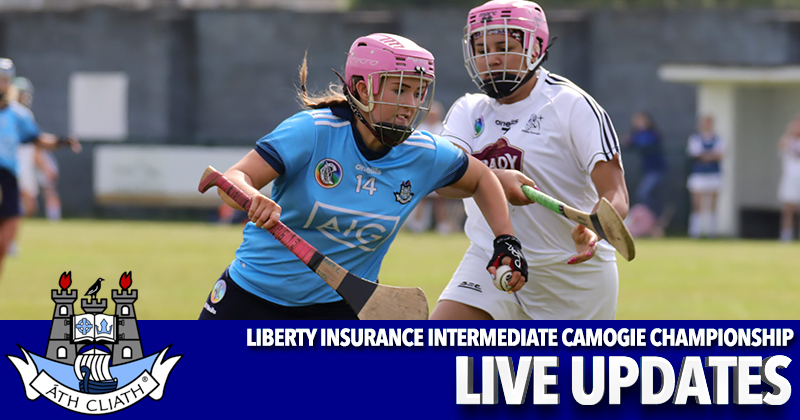 Dave Dunning’s Intermediate Camogie side head into this afternoon’s clash against Galway looking for their second win from five games. The girls in blue registered their only win to date in their second game against Kildare. But they’ve suffered losses to Kilkenny, Cork and Westmeath.

But this is certainly a team in transition and the positive signs are seeping through the cracks. There’s a blueprint in place for the future. And this is definitely a very different side to the side that won the All Ireland Premier Junior Championship a year ago.

Galway sit top of the Group 1 table after four straight wins. They come to Dublin this afternoon already certain of a knockout slot in the Championship. But they won’t drop their guard regardless of their opposition.

Dave Dunning has made four changes to his side for today’s tie with Galway in Round Towers GAA club in Clondalkin.

The changes are in goal and in defence with Georgia Plowman taking over the number one jersey from Chloe Ní Cheallaigh and Aoife Burke, Grainne Power and Zoe Coach coming into the defence for Laura Walsh, Sinead Murphy and Caoimhe Ní Mhaologáin.

Three of the replacements, Georgia Plowman, Aoife Burke and Zoe Coach are all making their championship debuts in a team that has five minor players in the starting 15.

We’ll be live from throw in at 2:00pm in Round Towers, with score by score updates from both games on www.twitter.com/wearedub. And you can find all the post match reports and analysis from the game right here and on www.facebook.com/wearedub.