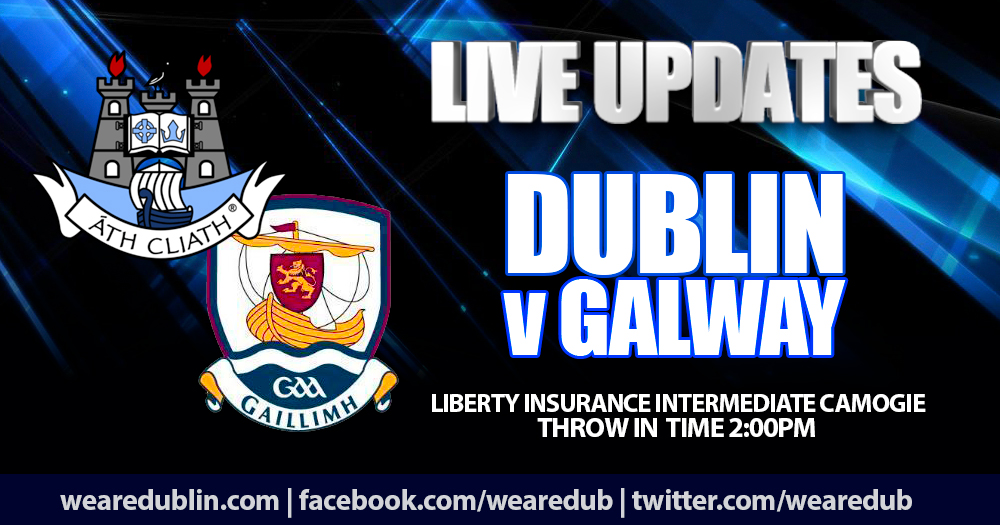 A huge game awaits Dave Dunning’s Intermediate Camogie panel this afternoon as Galway arrive to Dublin for Round 2 of the Liberty Insurance Championship. And after Round 1 it would suggest that Galway have the momentum for this afternoon’s fixture. But it’s Championship, and all bets are off. And we’ll have live updates throughout the afternoon.

Carlow suffered last week at the hands of Galway, with home advantage handing them a 4-19 to 0-04 beating. Dublin battled hard but unfortunately suffered a 0-09 defeat to Meath in their opener, putting a litte pressure on themselves later today.

A win for Galway will ensure their path to the knockout phase of the competition, but a win for Dublin would blow Group 1 wide open, leaving them an easier task as they face Carlow next weekend, with Galway heading for Meath.

We’ll be live from Trinity Sports Grounds at 2:00pm this afternoon following all the action, with live updates on www.twitter.com/wearedub. And you can find all the post match reports and analysis from the game right here and on www.facebook.com/wearedub. And don’t forget you can follow us on www.instagram.com/wearedublingaa as well as Facebook and Twitter.

NAOMH MEARNOG HAVE ALL THE ANSWERS TO CLAIM TITLE

Dublin suffer defeat in opening round of the 2021 Camogie Championship