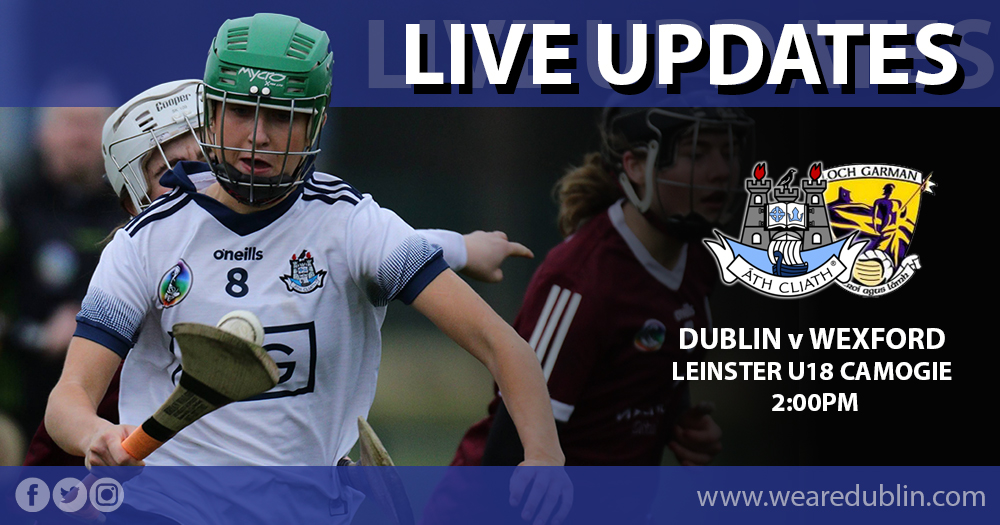 Another competition gets up and running today as the Dublin Minor Camogie panel set off on their U18 Leinster Camogie Championship jourmey. First up for John O’Connell’s group are Wexford who arrive today for this Semi Final.

Dublin compete in the top tier of the grade along with Wexford, Offaly and Kilkenny. The latter pair face off this afternoon at Drumcullen GAA Club. The final of the competition will take place next weekend so this is a quick and short competition.

Dublin had a hard fought All Ireland Campaign at the beginning of this year. But against strong opposition in Cork and Galway, the girls sadly came up short. So John O’Connell will want the girls to end their year on a more positive note.

We’ll be live from Trinity Sports Grounds later today, and we’ll keep you posted if you’re not traveling or can’t tune in to the game. Our Twitter Feed will be buzzing with Live Updates from the throw in at 2:00pm. Just head to www.twitter.com/wearedub to follow the action. Not on Twitter? Don’t worry, you can follow the feed below this post.